Sam’s Club is not the place to go on Sundays .  It was packed and you had to find a cart in the lot and bring it in if you needed one.  One onion was not an option…maybe a 10 lb bag.  I wasn’t thinking.  I took a taxi home with 80% of my shopping list to wait until Wednesday when I get back with Chris from Mexico City.

One thing I wanted  to mention is vitamin supplements.  If you take them, bring them.  The ones I’ve found are of a poor quality and twice what you would pay in the states.  I finally found one GNC that had Fish Oil Capsules ,  Pro-Biotic capsules, and CQ10.  I paid $130 for those 3 bottles that would have been about $45…but I have them. I’m stocking up when I return and maybe bring a case and sell them to the Gringos to pay for my flight?
It is Monday morning at 10:30 am and I am boarding the bus for Mexico City to meet Chris who is coming to visit for 2 weeks from New River Arizona.  I napped most of the way and arrived at Tapo Bus Depot at 4:30 pm.  I foolishly asked someone wearing an ID where to get a taxi.  The station is enormous.  He said to follow him through this maze of buildings, parking lots, tunnels then to his beat up compact with no designation as to what taxi company???  His own private one.  He was a genuine nice fellow so off we went at 90 mph in and out of traffic and arrived at the airport in 15 minutes.  He charged me 200 peso and I thought the last time I did that I paid 120 pesos that I thought was a rip off.  Always ask before you get in.  $12 is cheaper than Phoenix Airport so I found the gate             Chris was arriving at, had some lunch and wandered around before finally meeting her at 8:30 pm. Found a great coffee shop too.

We got the taxi to the hotel , checked in then found a nice place Japanese place still open around 10 pm.  Great Octopus, Chicken Teriyaki, and a mixed Tempura dish.  Nice Bottle of Mexican wine and we were back by 11 pm. 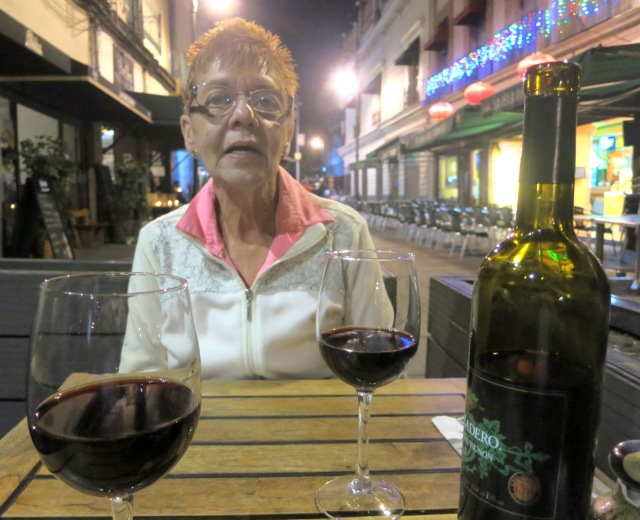 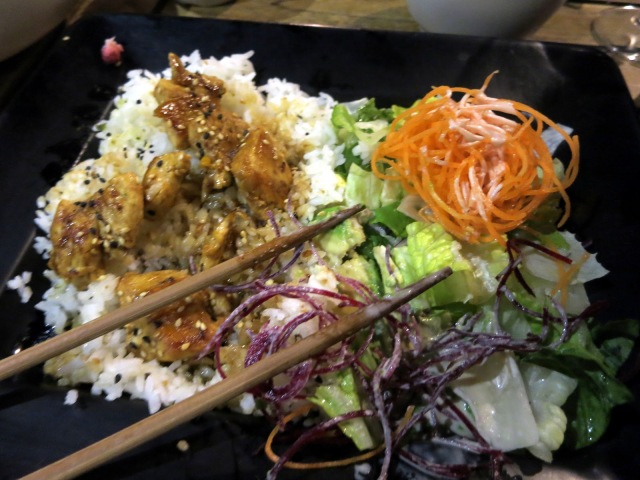 When we arrived at the airport for our 12:30 flight to Oaxaca on Volaris Air, the police at the gate would not let me on the domestic plane flight without a picture I.D.  He kept asking for my passport but I left it in Oaxaca and he would not accept a copy I presented him.  How were we to get to the gate to board the flight we had tickets for??   I fumbled around showing him my Credit Cards, Oaxaca Membership to Sam’s Club and finally, my Marijuana dispensary ID from Arizona…and he accepted that!!! 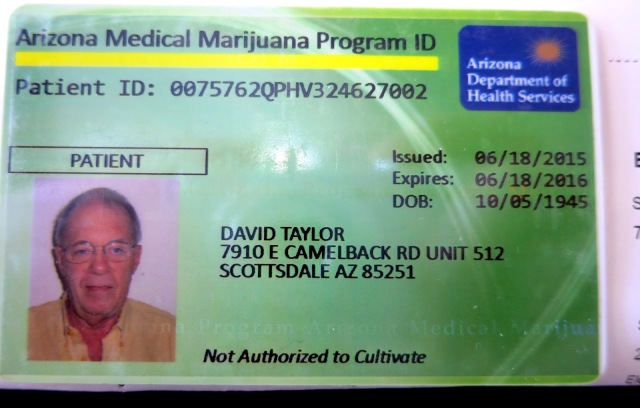 We arrived , got settled in , and took off for the Zocalo. 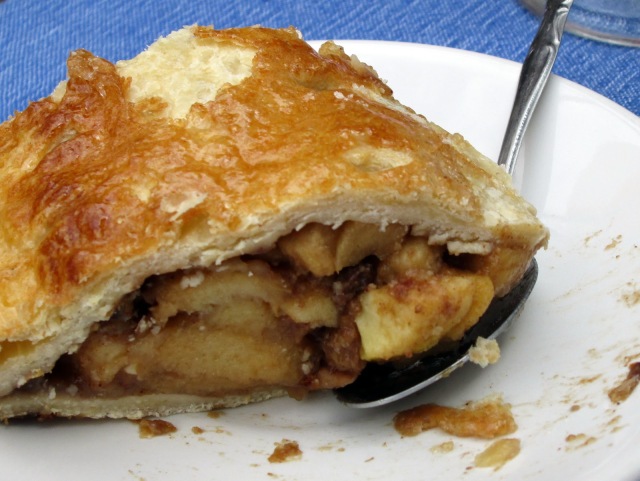 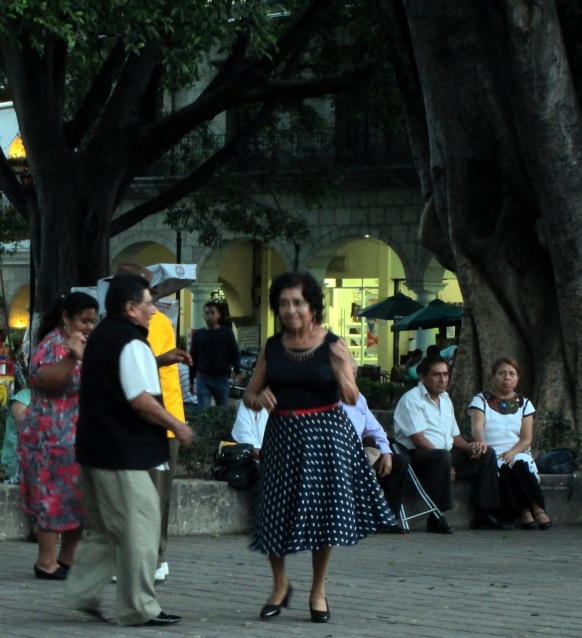 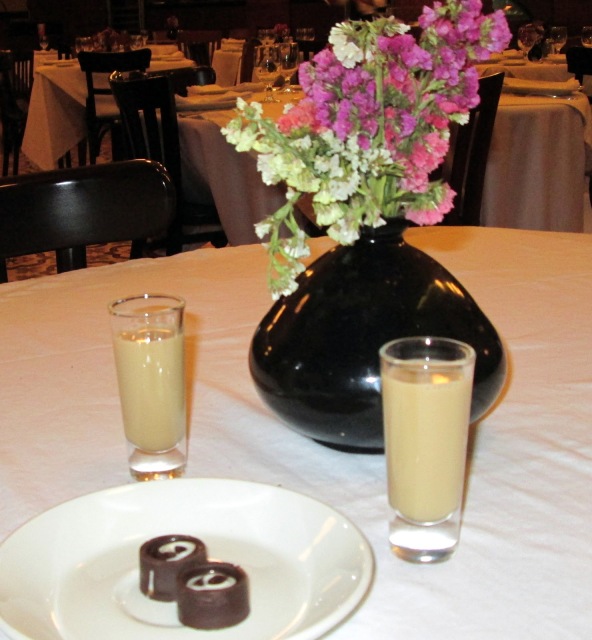 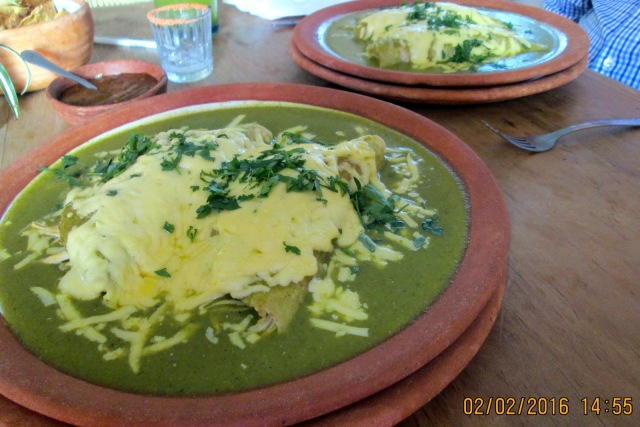 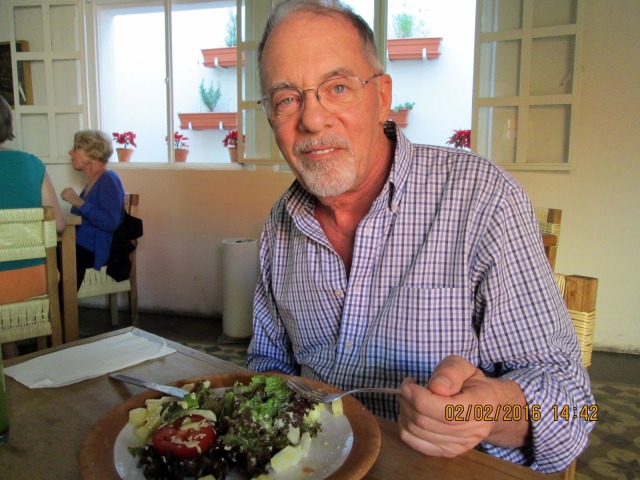 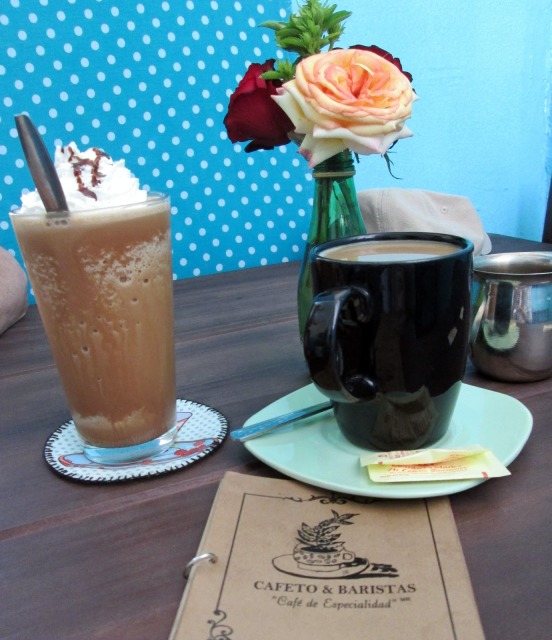 The rest of the week was visiting people, sites, dining, and different events throughout the city….until Friday night.
Nimbus is a neighborhood restaurant where we were dining on some nice Pasta dishes and enjoying the evening. 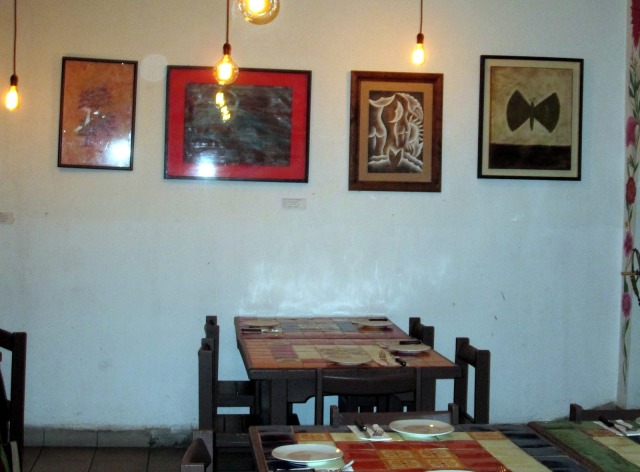 Everything was great so on the way home, I suggested a Mezcal nightcap at an old haunt of mine in the neighborhood.  The Taberina was have Karaoke night and three couples were singing away when I suggested Chris sing a song but none in English. 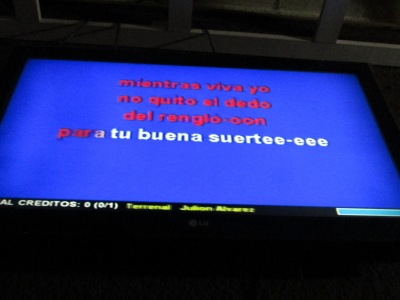 The one lady with the Mexican party spoke English and suggested another night we could get together where they have English and Spanish Karaoke.  We had another Mezcal and after exchanging emails we left for home.
It was cool out and the fresh air hit us along with the Mezcal and we were holding each other up as we approached our front door when Chris just fell down.  I heard her head hit the road with a thump and when I saw blood coming out I started yelling to people gathering to call an ambulance.  Within 5 minutes, our landlord, his son and daughter-in-law, the manager and the ambulance were there to interpret and lend support…as well as a crowd.  I rode with the manager, Mary, in the ambulance with Chris to the Red Cross Hospital a short two blocks away and waited in the emergency room while they put a few stitches in her head and made sure she was OK to return home.
We slept well that night but couldn’t find her glasses the next morning.  I think she lost them on the street and someone picked them up the next day.  We checked the Hospital, Emergency Room, and the Ambulance she rode in to no avail.