I stopped at Starbucks this morning. One of the best I’ve visited.  I sat near a gentleman from NYC who was absorbed in his Kindle.  He inquired about my Sun magazine when I started reading.  He and his wife have been coming to SMA for 9 years.  They tried a year in Oaxaca but were turned off by the protestors and almost missed their return flight because of a protest that blocked off the airport. They are going to Keywest next year where it is flat and they can ride bicyles. 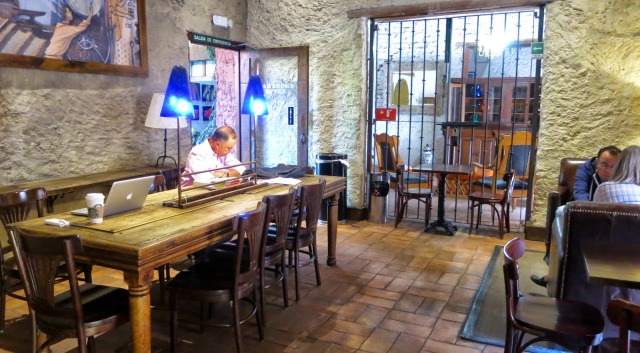 Jim from Rochester stopped in for his morning Starbucks fix.  They had took the bus to Delores Hidalgo one day but didn’t have much to say about it.  We agreed that if I’m in Rochester this summer lunch together was certain. 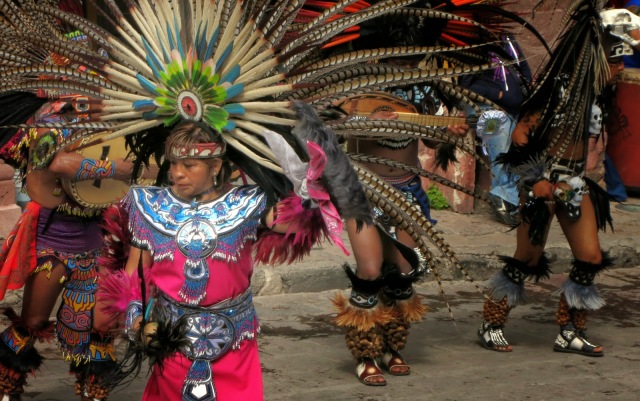 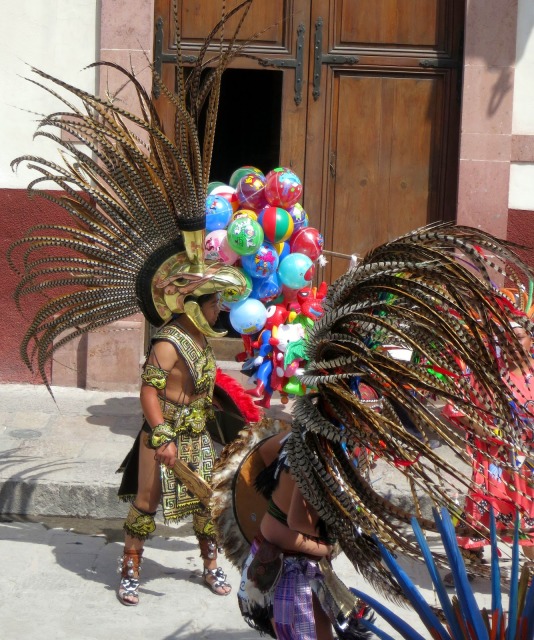 The Mayan Dancers, over 100 of them were marching to the Jardin to dance around the square.  I had lunch nearby and when I returned home for Seista they were still dancing after an hour and a half.  Beautiful costumes if you call them that.INDIANS DANCING
I’m off to see the movie Birdman today. The Theater is so nice.  You can visit with others in the nice waiting area while having a drink before the movie starts. Everyone has a reserved seat so there is no standing in line or rush to get a seat. The doors open at starting time, people sit down, they pass out popcorn to everyone and the Movie starts. A lady that travels and lives all over Asia introduced herself and we chatted about her times in India, Tibet, Japan, and Nepal.  The movie was interesting but hard to figure out what was real and what wasn’t.  Good acting but I’ll take Elsa and Fred before Birdman any day.

I returned to BERLIN for some Baked Brie and small salad to start. Then I had the Lamb Chops Special…which was’nt…and Roasted Veggies.  Finished off with a Chocolate Souffle and Ice Cream, Royal Porto and decafe.  A lovely Panamanian lady from Chicago sat on my left.  Her husband sent her down to SMA to get warm.  Her mother was going to join her later.  She wants to move to Oaxaca next year. To my right was a man from Seattle joined by a lady from Vancouver BC.  They both lived in SMA for quite some time.  She had 12 birds, 5 dogs and I think a couple cats. They got a table for dinner and a nice French couple from Normandy replaced them.  Francois and Ana had been to Scottsdale and played golf at Troon. They had visited Oaxaca and said they loved it and hoped to return next year. David joined me just before we left.  He is the world traveler that has lived in SMA for over 12 years.  His wife is Mexican and she teaches in San Antonio where they raised their children and have a home.

I got back in time to share a “J” with Don and David then went right to sleep. It was so cold I didn’t get up once to go the bathroom. I slept through the night , rose early, showered, ate and was at the bus station to catch my 10am bus to Guanajuato for two days.  The bus has WiFi.  I arrived and took a bus to the center where I got a hotel right away. The hotel was hosting a Penn State reunion!

I wandered around taking photos and had Roasted Chicken for lunch before taking a Siesta. 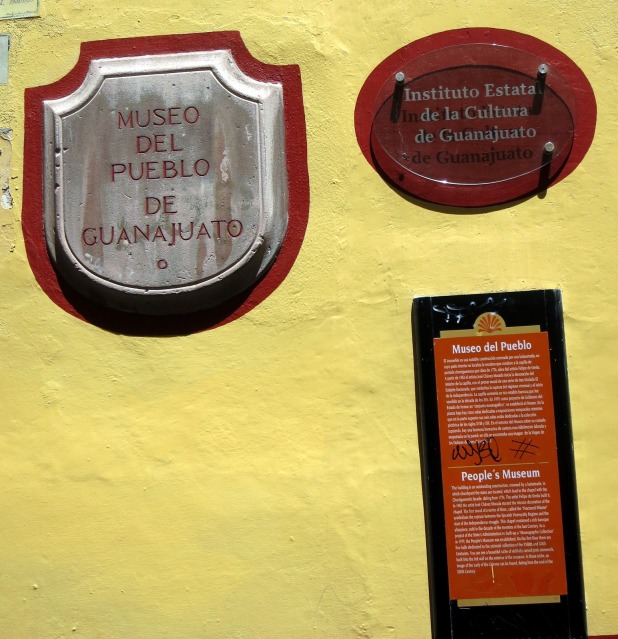