A short one hour plus bus ride on the Premier Bus with Movies and Wi Fi included in the $10 bus ride.  Nice country.  Reminded me of Southern California.  I hopped another bus to the Centro Historic area of the City after arrival.  We meandered through a maze of underground tunnels.  Some people exited in the tunnel and walked up the stairway to where ever?  I waited until we surfaced and was close to the center then exited and backtracked to a hotel that looked reasonable.  There was a Welcome Penn State sign on the front desk!  Yes, they were there for a travel trip or something.  I noticed them all around the area…you just knew they were Happy Valley people. 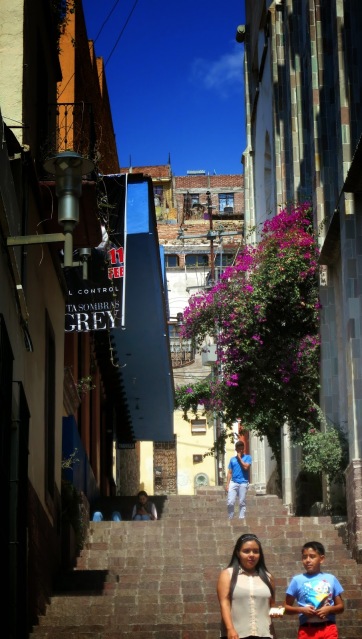 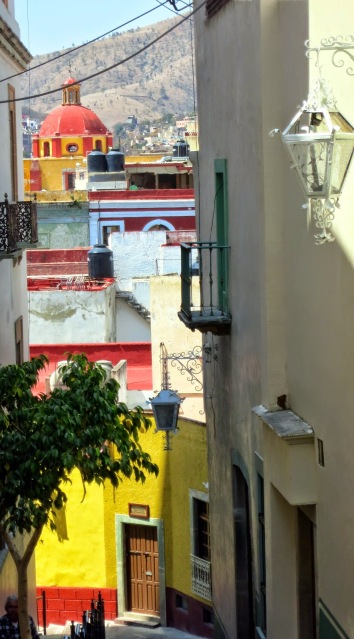 I unpacked and headed out taking pictures for about 2 hours until my battery ran dead.  I returned, took a nap, replaced the battery and headed out for Saturday night in Guanajuato.  It was great.  I’ll let the pictures tell the story.  Early that evening I returned to my Casa De Aqua and turned in early. 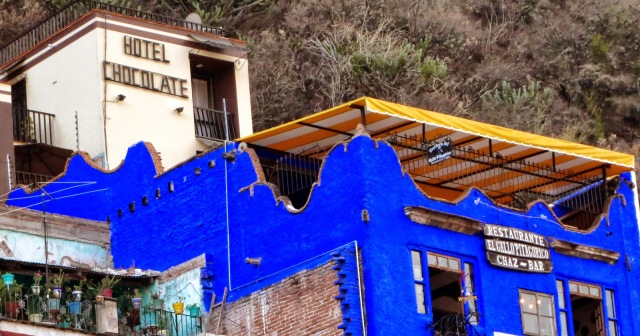 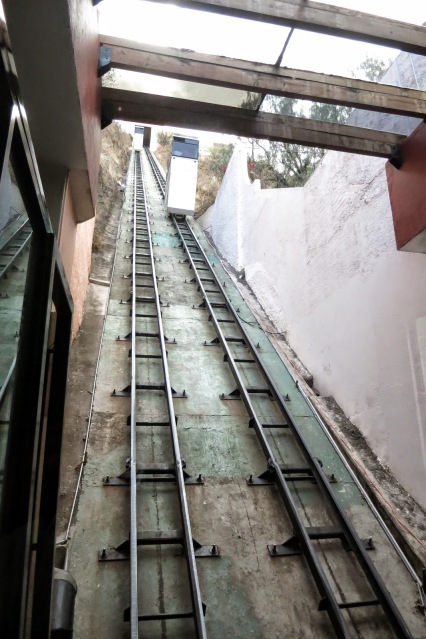 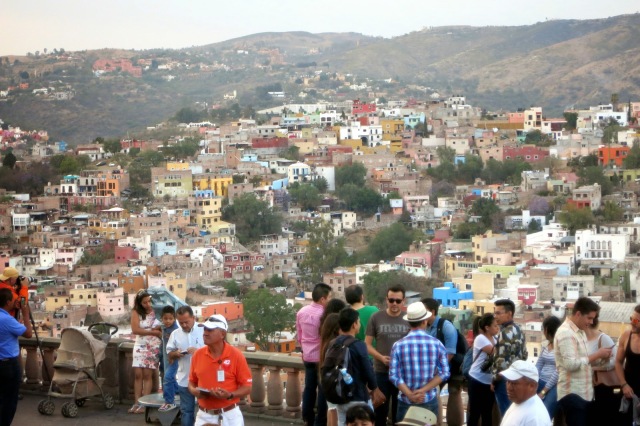 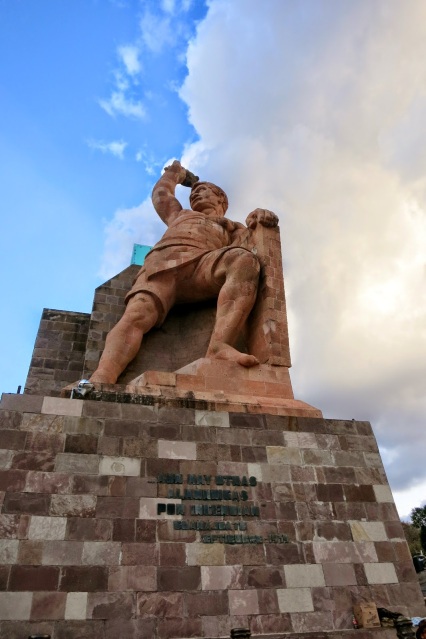 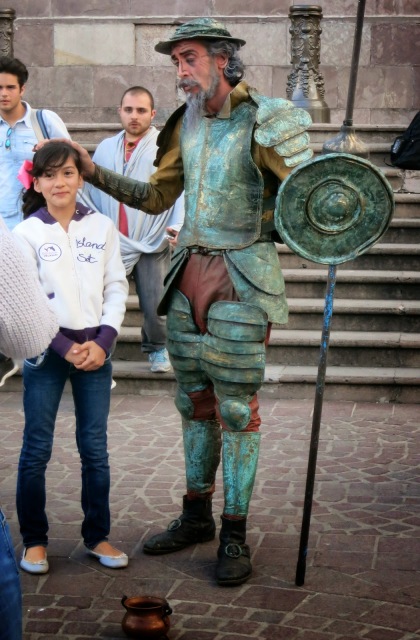 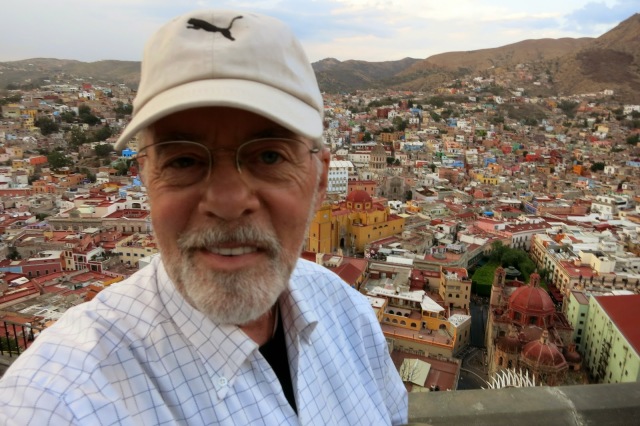 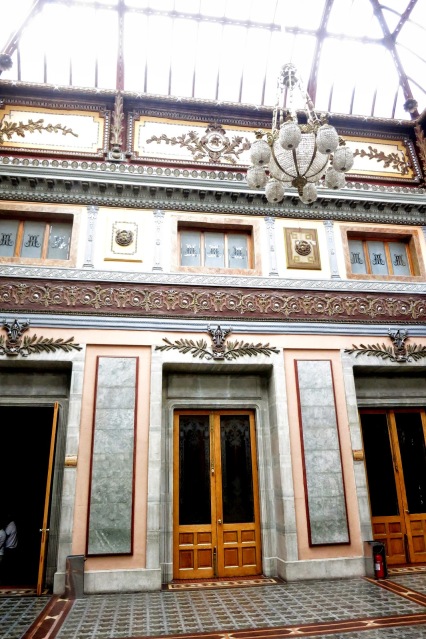 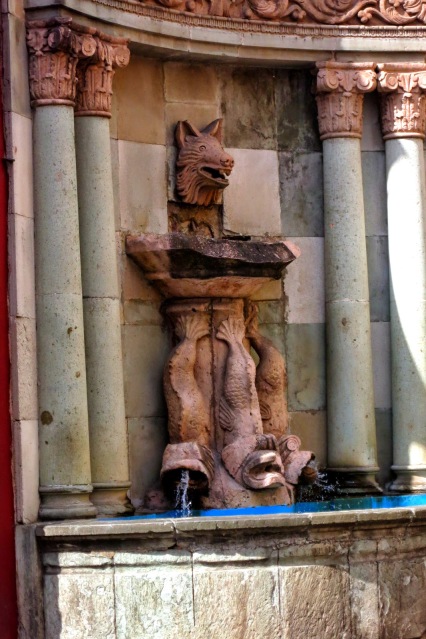 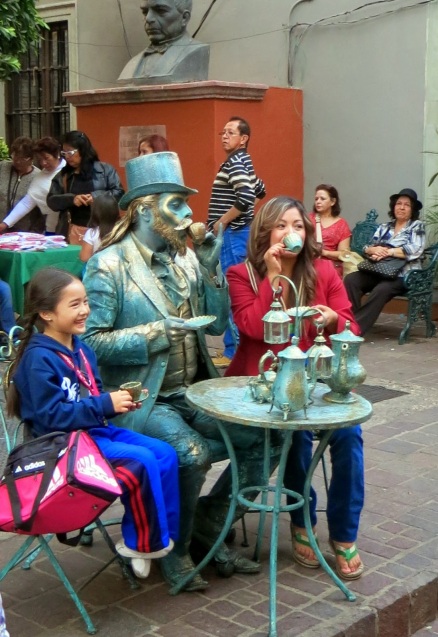 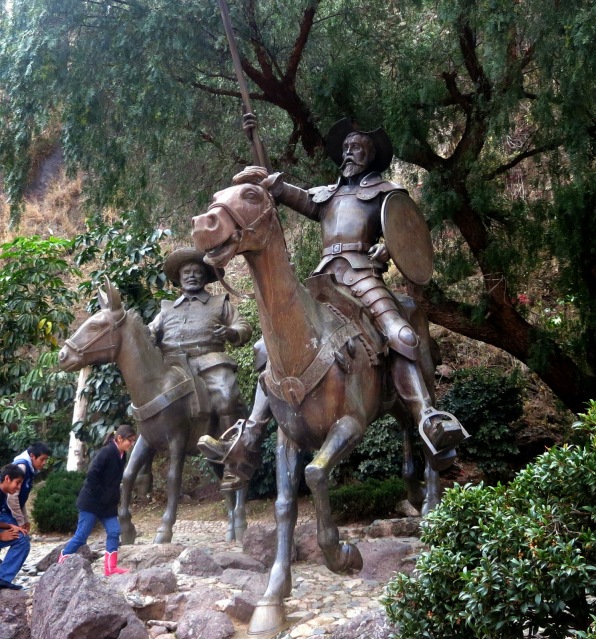 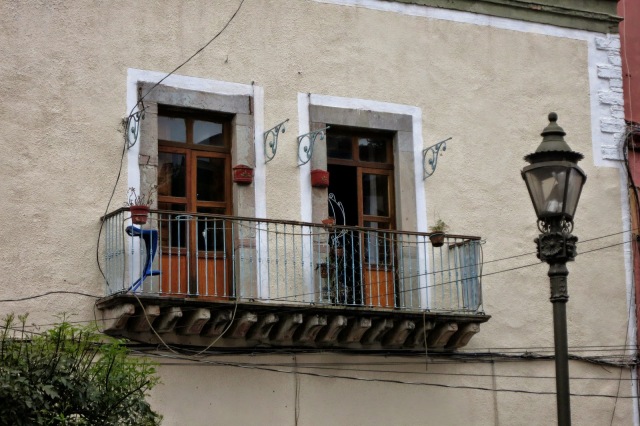 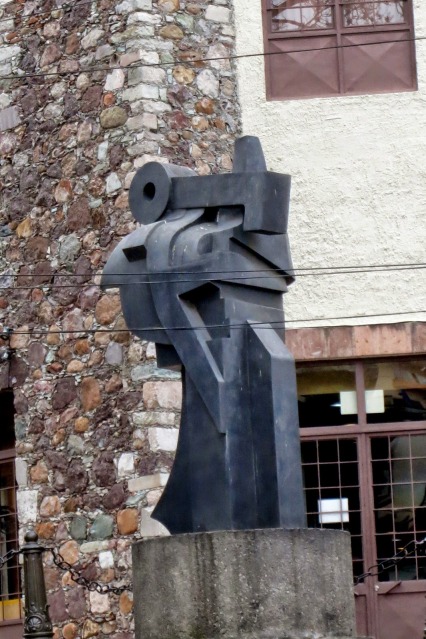 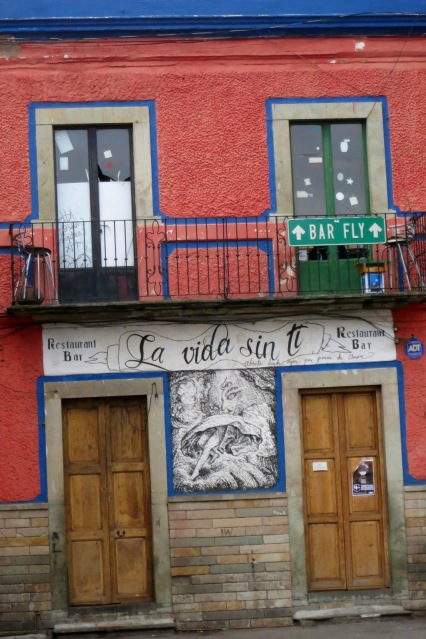 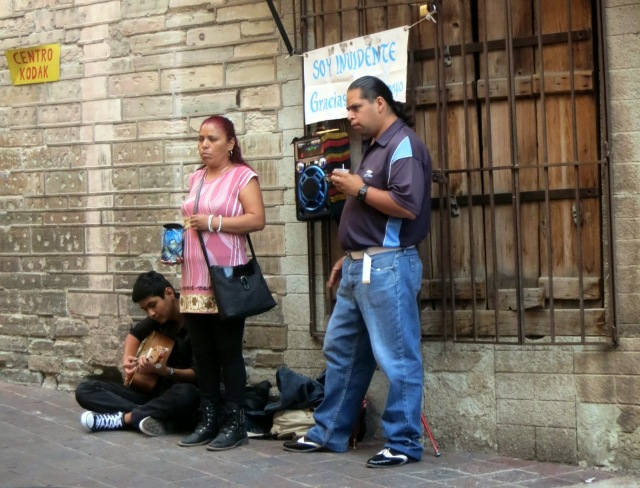 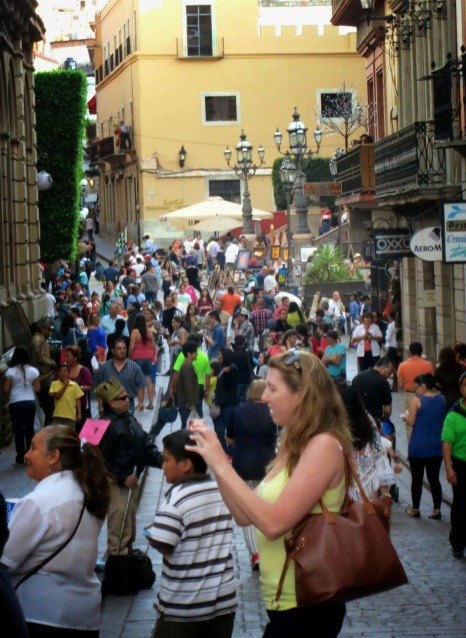 Sunday I was out the door to watch a women’s marathon race. It was World Women’s Day.    THE WOMEN OF OAXACA.   The city was mapped out for the race and it appeared women from all over were participating.  Also Children and a lone Father with his son. 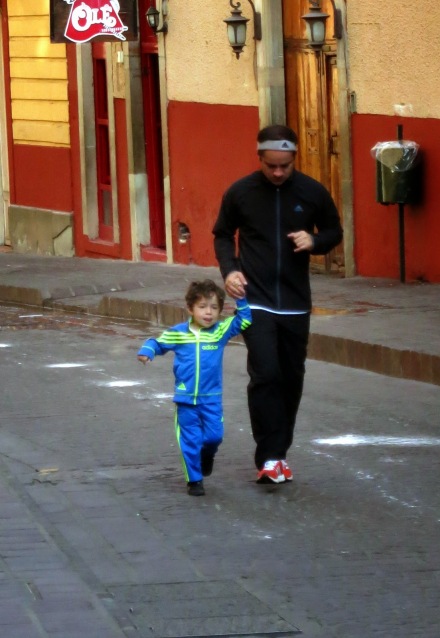 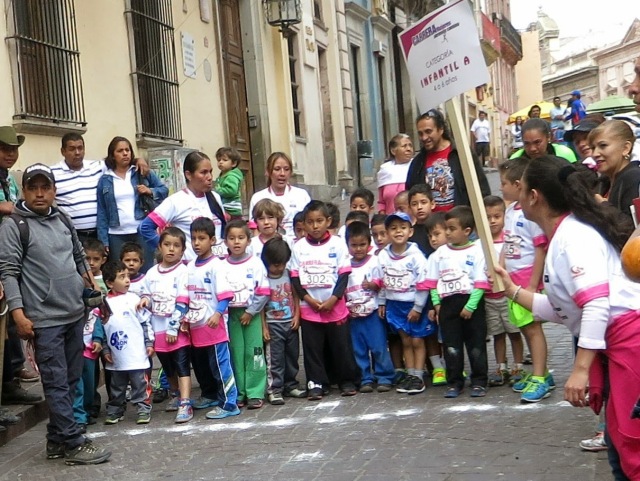 Later I checked out then visited the Cathedral and the Teatro Juarez.  Now it’s time to catch the return bus to San Miguel De Allende…after a nice lunch! 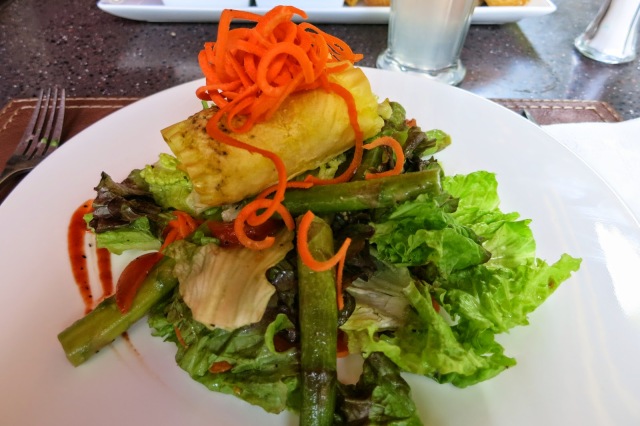 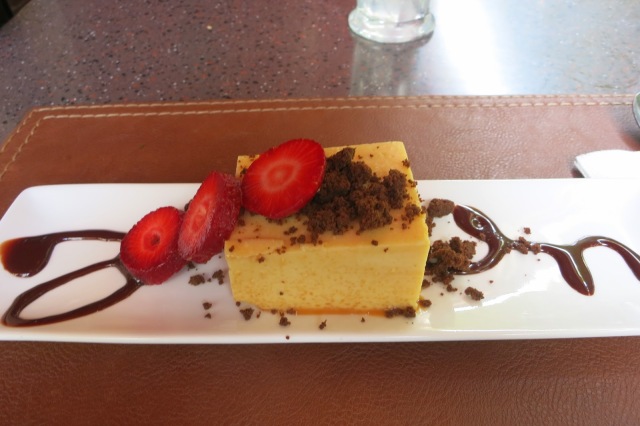 Our bus departed on time and I took another to Centro San Miguel De Allende after arriving at the station.  I should have taken a taxi as that fancy lunch was causing severe discomfort and I still had to walk a ways to my room.  To be safe,I took a taxi.  I arrived, freshened up, relieved myself and was off for dinner at BERLIN.  They were full so walked up to the Jardin to pass some time before returning.  The Cuba Fest was in full swing in the plaza with a dance contest and Cuban dance troupe following. 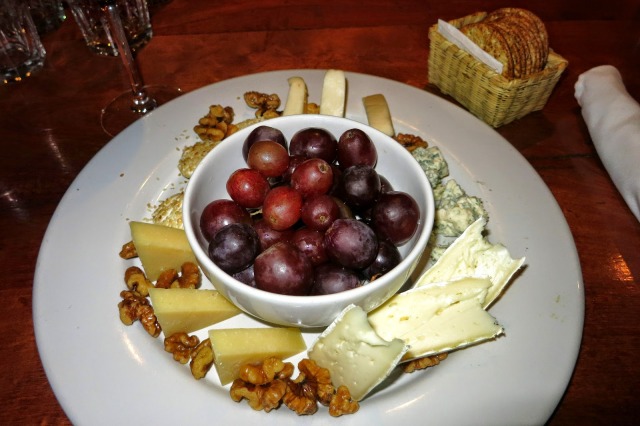 The sun was setting and so was I.  Returning to BERLIN I discovered it was busier.  Sunday night and a lot of restaurants were closed including my second choice which was a nice TAPAS and Wine bar.
I walked to Hecho en Mexico and sat at the bar where all the waiters dropped off the dirty glasses to be washed.  It was almost 10 minutes before the bartenders acknowledged me with a glass of wine.  10 more minutes before they offered me a menu…20 minutes before my Chicken Soup arrived…but I ordered the Cheese and Fruit platter to go with the wine??  10 more minutes and the platter for 4 arrived with my second glass of wine.  When I was full , half the order was still there so I packed it up and was the LAST customer out of the restaurant.  Outside was a large group of individuals trying to get a taxi back to their respective hotels.  I started walking and finally caught one to return me home where I discovered there was no Hot water or heat because the gas ran out over the weekend and the gas man couldn’t come until Monday morning.  I froze and was in and out of bed, thanks to my lovely lunch before leaving Guanajuato.  I slept late.  Too cold to get out of bed.
The gas man arrived and after breakfast I had a nice hot shower.  I managed to do some laundry at the same time.
When I left the house the weather was now warmed up to 68%, sunny and pleasant.  I spent the morning at Starbucks…one of the nicest…before returning to relax before trying BERLIN again…or maybe I’ll try a Russian place I’ve been curious about.  I’ll let you know in the last installment before I return to Oaxaca.