Today, my fourth day here, I moved to Don’s home where I am renting a room with bath for the duration of my stay…7 more days.  Richard was kind enough to drive me over.  Don, my new host, is a pleasant and easy going man from Western Canada.  He showed me around and made me feel comfortable.His cat was part of the deal.

I unpacked and booked a movie at the PetiteBar where they have first run, classic, filmfest movies in the original language with English subtitles.  The theater seats about 20 so you have to buy your ticket ahead for $7 which includes popcorn and an alcoholic drink.  I booked Elsa and Fred with Shirley MacLaine and Christopher Plummer for tomorrow afternoon.

I returned to the Santa Ana Cafe near the Library and the Tour Company I visited the day before.

I decided to take my own tour and book a bus to Guanajuato for Saturday and return Sunday.  I will try and do that on line.  I was still hungary after Soup and Sandwich so headed for Hank’s New Orleans fancy restaurant where I devoured a bowl of Gumbo, Two small Crab Cakes with Cavier, and a huge piece of Key Lime Pie with Expresso. 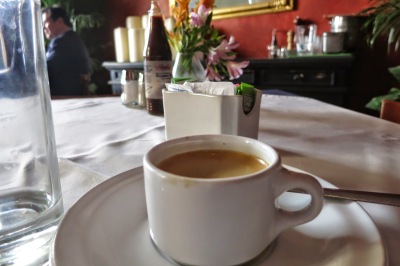 The Pie was excellent.  I met the owner Harry, used to be called Harry’s before he sold it, in New Orleans at my first Mardi Gras.  Harry, a Graduate of Columbia University used to live in SMA with his lady friend Kim. He sold the business and returned to NOLA where he lives in a condo on Charles Street right across from his business…a restaurant and bar named after the character in Confedercy of Dunces by Kennedy.  It was a popular book back in the 80’s?  Kim had moved into a hotel nearby but was still living in SMA then.  I lost contact with both of them while I continued with my travels.
I was to meet Richard at his home and walk over to Bob’s, his friend from Greenwich Village, for Poker with the Boys.  That is why I ate so much and had expresso…I would be full and awake.  We arrived along with the group totaling 8.

I was doing OK with Texas Holdem but hadn’t played Omaha in 20 years.  I lost almost every game of that.  What Richard failed to tell me is they served dinner.  An Italian cook that played next to me , took a break and heated some Pasta dish and Green Chile with Peach Cobbler for a dessert.  Quite nice.  We ended around 10:30 and 3 joints later.  I lost about $50…better than I do at the Casino.  I took a cab home and retired.
Today I’m taking it easy.  Don had some Raison Bran with fresh fruit, yogurt, and coffee for me this morning. 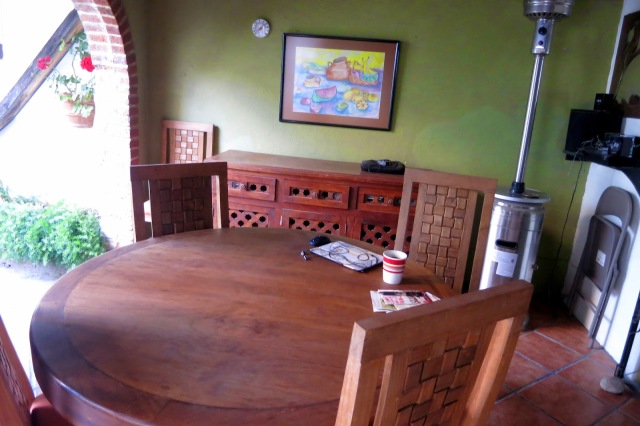 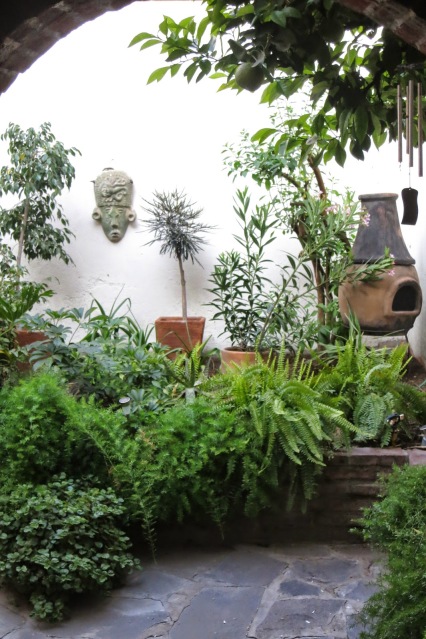 I ate on his terrace then took the bus to the main station and booked my trip for Saturday with return on Sunday.  I wandered about, sat in the park then returned for a brief siesta before attending the movie.

The movie was great. Shirley McLaine and Christopher Plumber. Takes place in New Orleans.”Elsa and Fred”.
I got the last seat at the bar in BERLIN, my now favorite restaurant.  I had a nice gin and tonic, then a glass of house red with Salmon Cakes Chipolte and a side of cucumbers in Dill Sauce.  My entree was Chicken Saltimboco with Tomato and Goat Cheese. 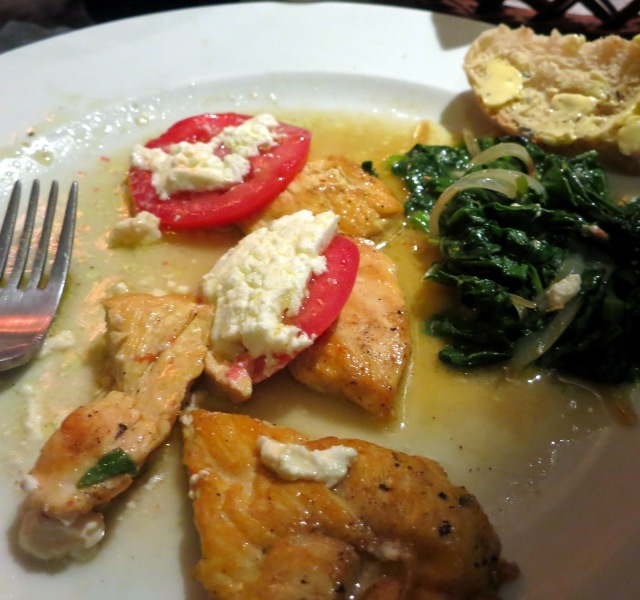 David, the man I met the night before was just leaving so I bought him an Atzec Brandy then we both left.
When I arrived, Don was entertaining David, he is the one that rented Richard’s house while he was in Oaxaca, and another renter Walt from Austin Texas.  We all went upstairs and played three games of pool.  Nice evening.