Cold hasn’t escaped Oaxaca..down to 52% and high 75% today. It appears to be the same in Phoenix but 9% F in Rochester NY.  I met Richard at the Opera after dropping off my laundry on the way with Helen.  She went to the library to practice her Spanish at the InterCambrio. 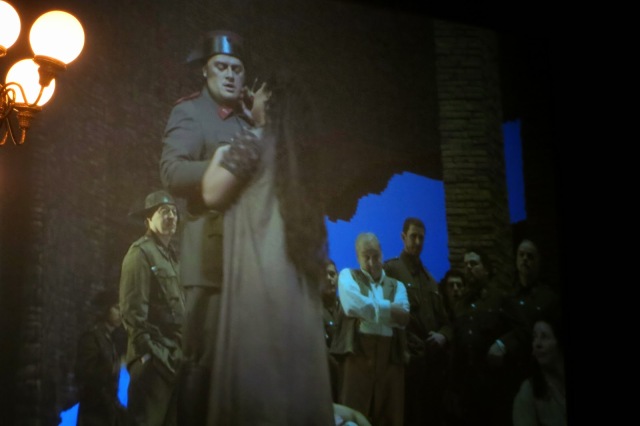 Richard and I lasted to half time before going next door to warm up then returning home. The Opera was good but one of the few Air Conditioned buildings and by the end of the second act we were COLD.  It was cold out, why the A/C.  It was still fun. 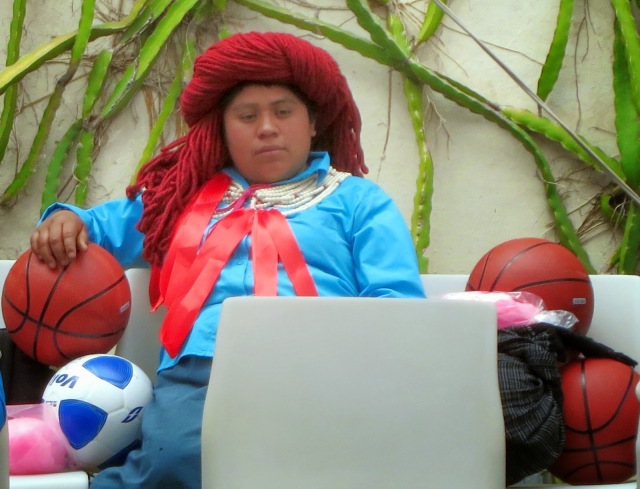 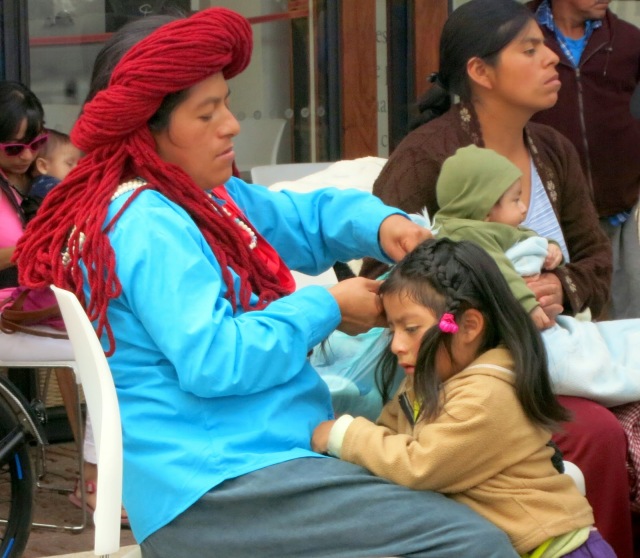 I went next door on my way home and ran into Halina, my friend from last year that arrived yesterday from Michigan with friends that were going to stay a couple of weeks.  We will email and meet at a later date. 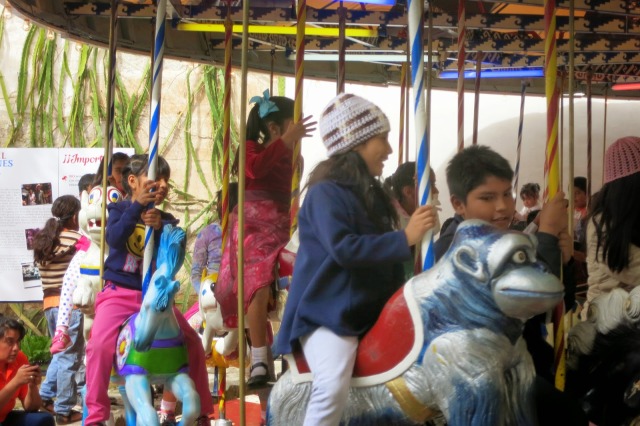 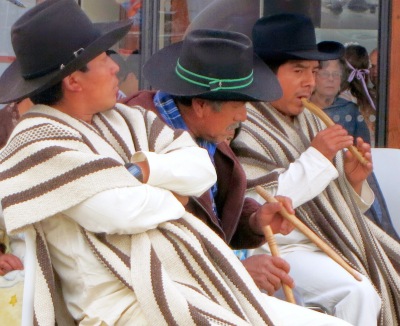 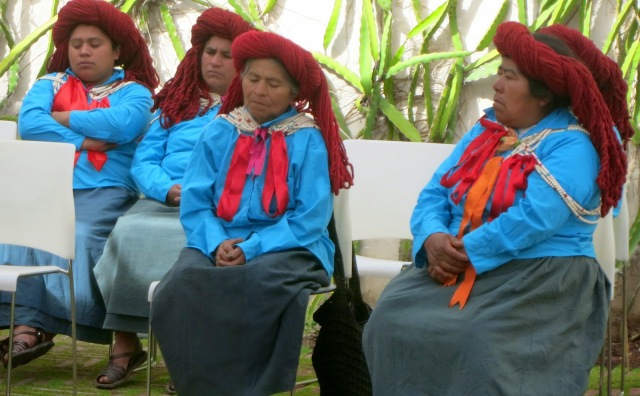 Great Children’s orchestra with a Merry Go Round for the children and games. 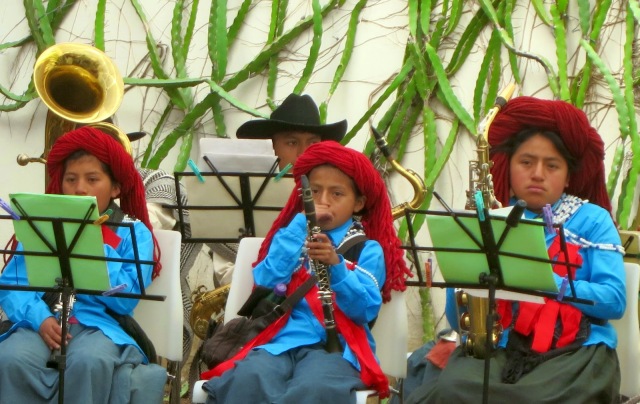 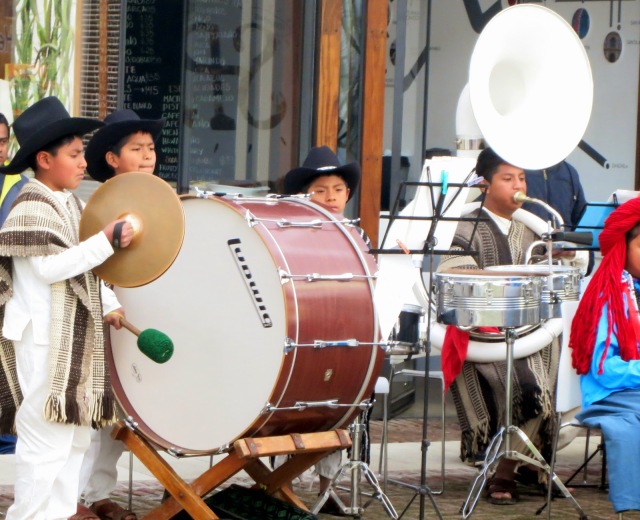 Finally found a “Juice Bar” in my neighborhood that blends fresh vegetables and fruits into a drink to order!  I’m happy. 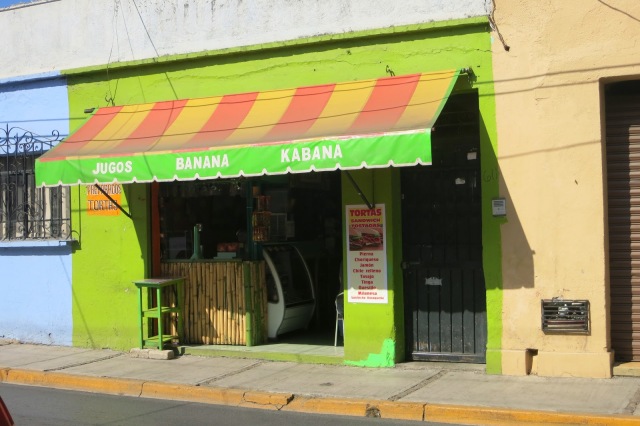 He who wanders is not always lost…I know where I am but damned if I can tell you much else.  The weather turned into a paradise so most of my week or two weeks has been staying at home.   Playing on the computer, cooking, reading, just sitting on the balcony listening to music. So pleasant.

Sunday was another concert with our local band “Cheap Seats” at Casa Colonial. Richard arrived while I was fussing with my Charcoal Hotdog..mumbled something then I turned around and he was gone.  I stuck around a bit after enjoying a great Dog, but when  I couldn’t find him I left for home. 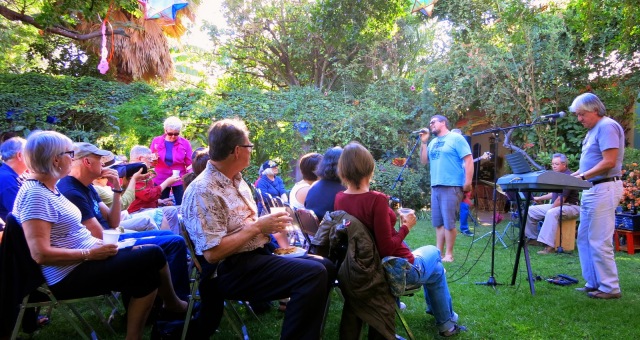 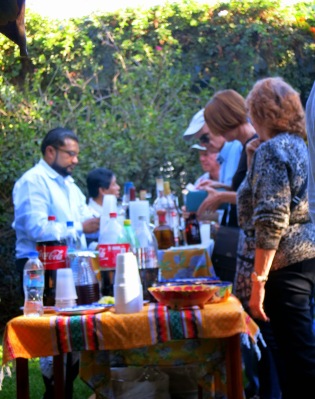 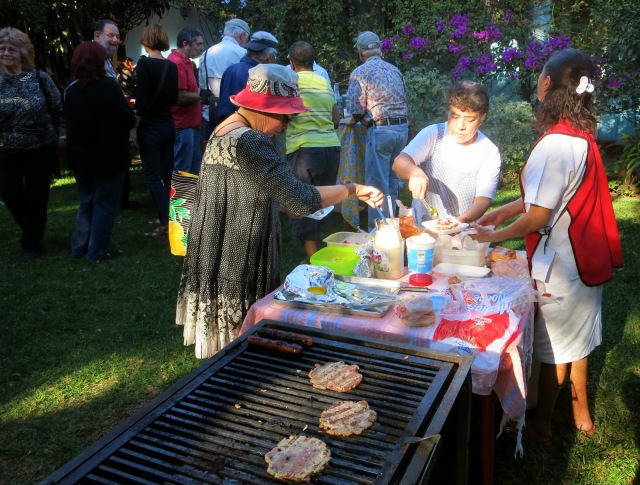 Tuesday was our once a month MEN’S HAPPY HOUR AT CASA CHARLES.  I stopped to order some appetizers to share, then joined the group for our usual Men’s talk before heading walking home. 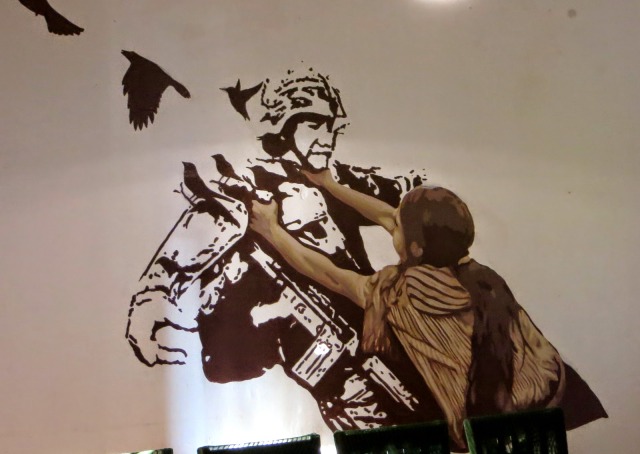 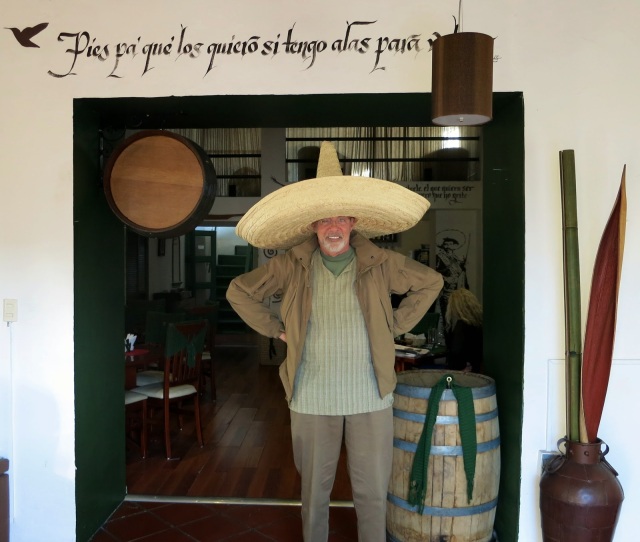 Still a bit hungry I stopped for Taco’s Al Pastor and some Jello. 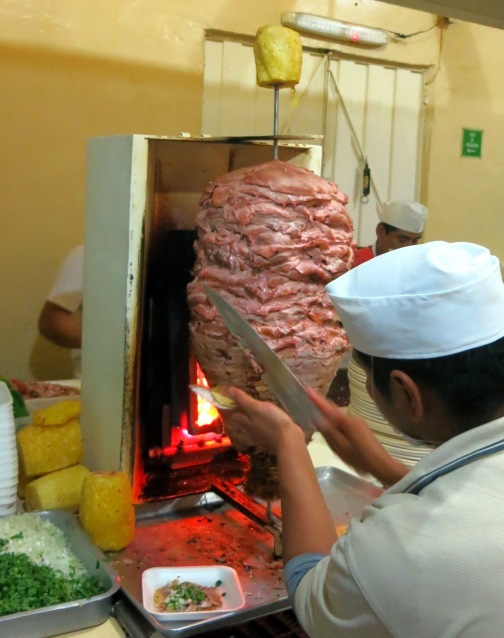 I attended a wonderfully informative lecture on Mescal.  The lecturer was Certified by the Mexican government and had been studying Mescal for 25 years.  No two batches of Mescal are alike.  It takes 6-35 years before harvesting an Algave Cacti and making Mescal.  Tequila is made from Algave but only has to be 51%…the rest can be corn alcohol.  Mescal has to be 80% Algave.  There are many varieties of Algave that effect the outcome.  It can be wild or domesticated. Grown at high or low altitudes. If its grown on the side of a hill or in a river bottom.  The flower when it blooms can be 35 feet high.  All  of the plant is used in some way or another. You had to be there to appreciate it.  I’ve had Mescal that is awful and some that I really liked. 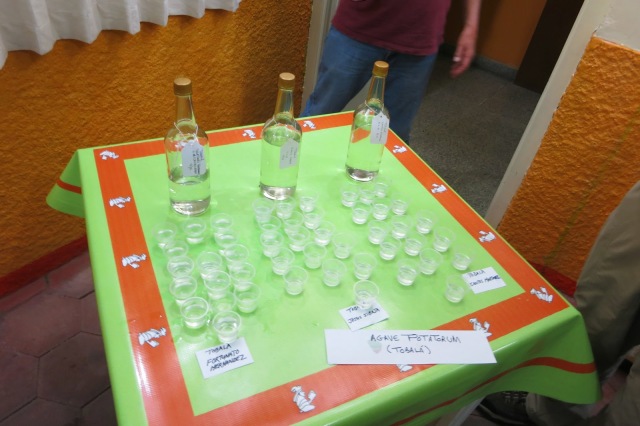 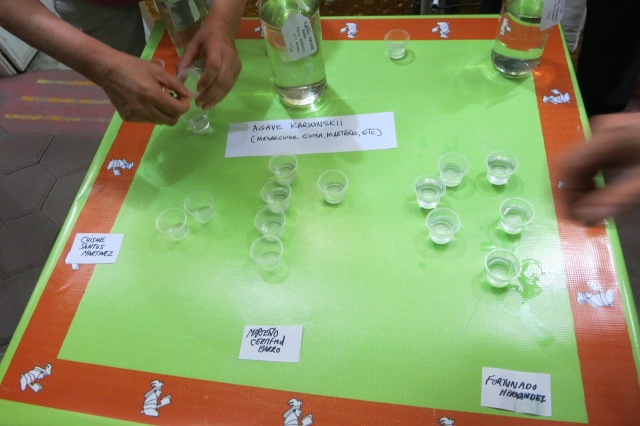 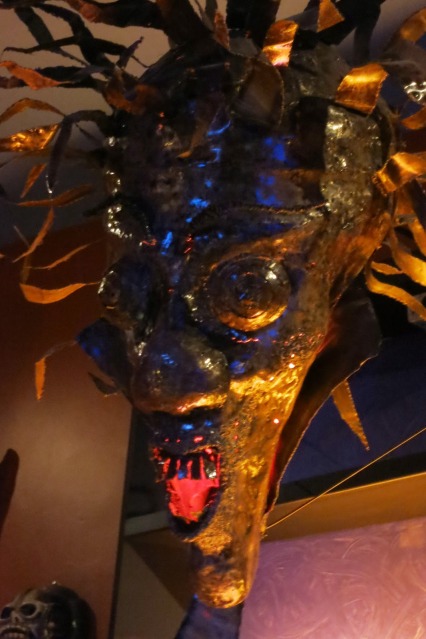 Today was Dominoes Day at the Antigua Hotel and I didn’t forget my camera this time…just forgot to take photos. 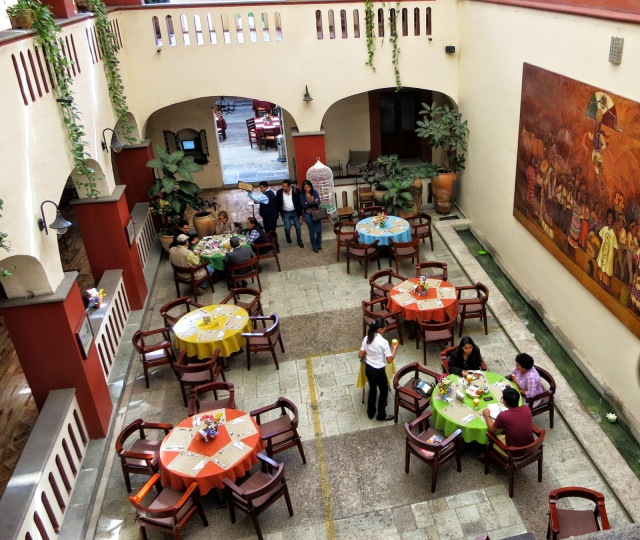 I had lunch at Breakfast at Nuevo Mundo where I purchased some great whole roasted coffee beans. 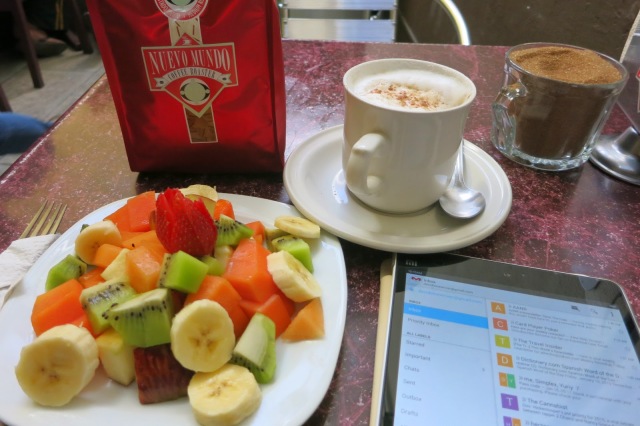 Then stopped at the bakery to pick up some more of their fantastic bread.  I swear I get fat walking by that place.
After I took second place with our 5 person Domino game, we had a light lunch and I stopped at the Opera House to get tickets to the Simulcast production of the Merry Widow from the MET in NYC with Rene Fleming…a real star.

Well I still didn’t make it through the opera.  It was in English and I was enjoying it but kept nodding out.  When intermission came…I went. 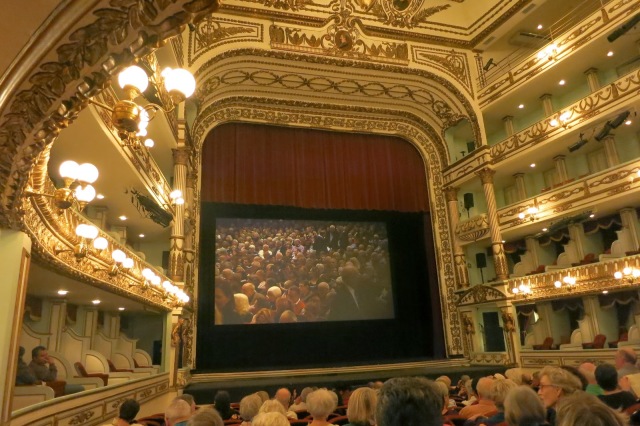 Later that evening, Helen and I stopped over to a new restaurant that opened a couple weeks ago.  Ten minute walk and we were there.  Again…I forgot my camera.  We will go back.  I had a Fillet Mignon and Strawberry Raviolis for dessert.

Today is Israeli Brunch at El Sol y La Luna at 1 with Helen and I joining Richard and a friend who is an interpreter at the UN in NYC.  He is here to learn Spanish…already speaks 4 languages.  We took a bus over, had a wonderful brunch prepared by a Jewish NYC BevSty Chef that brought her own ingredients with her. 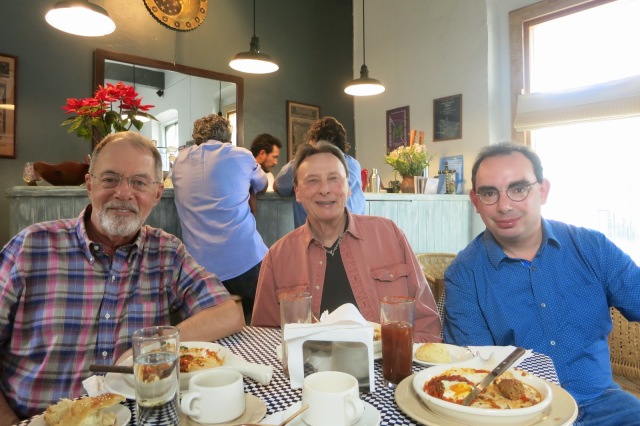 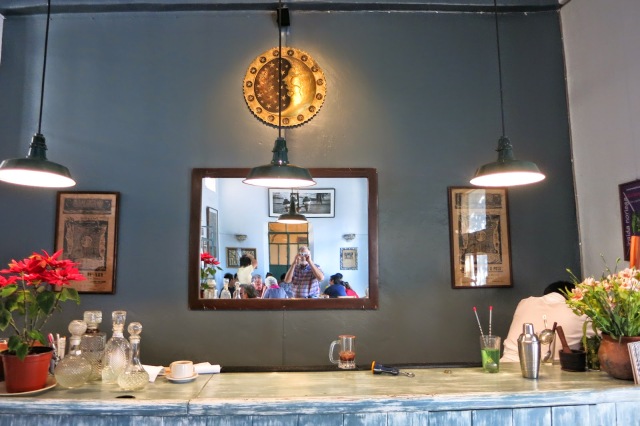 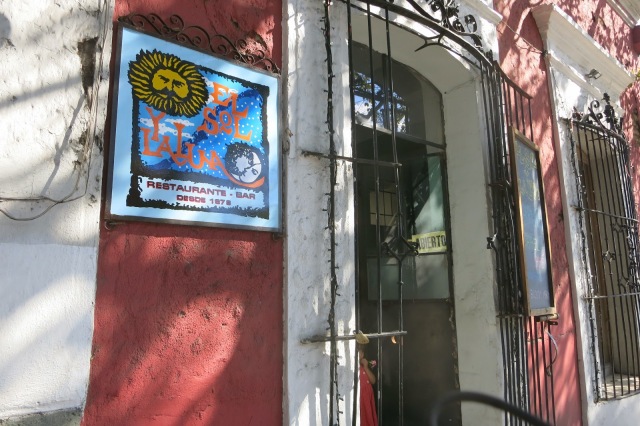