Sunday after the Israeli Brunch I returned home to play on the computer.  That evening Helen and I decided to go back to El  Nimbus, the recently opened restaurant around the corner.
It was quite busy when we arrived so we sat at the only open table that was set for 6 people.  Shortly after Ricardo, our waiter and son of the owner, delivered our wine just as a couple from California joined us.  They resided in the hills around La Paz , Baja in the winter and owned 6 local newspapers in Modesto California.  They were traveling around Mexico accumulating interesting tidbits to publish in the papers.

While we were exchanging cards and information, fireworks went off in front, then a band, then a street long procession of people carrying Huge Mantles, candles, following a float with flowers and candles on it….then another band. It was all very exciting as we rushed out the door to TRY and take some photos. 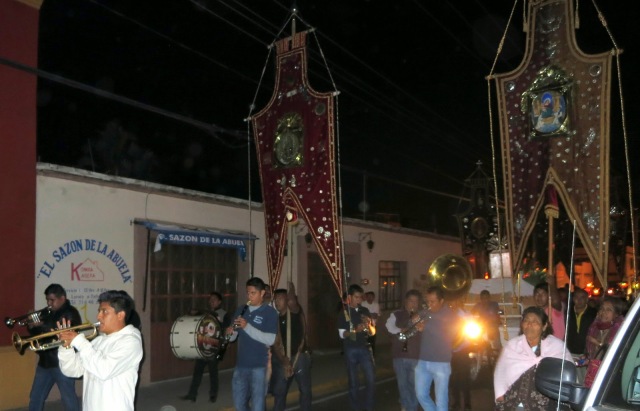 When it passed we returned, finished our Pizza and returned home. 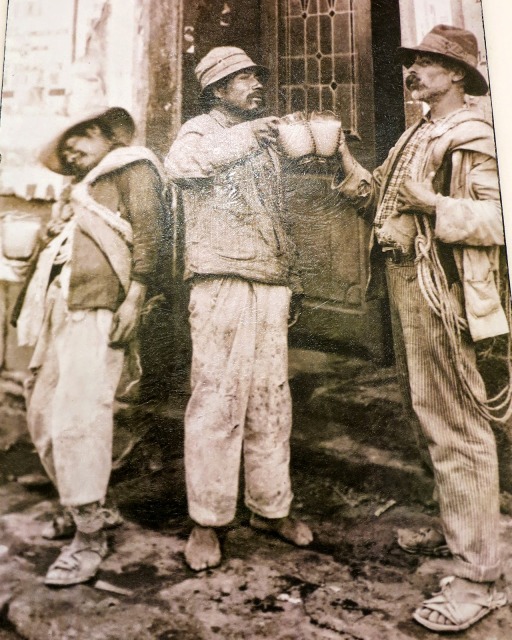 Today I am meeting Richard at his Doctor’s office.  We will have lunch and discuss our options for a proposed 4 day trip to Puerto Escondido on the Pacific Ocean.
We met then planned our four days over lunch of Tacos made with Bulls Cheeks.  He went on to get the bus tickets for the Red Eye that takes us to Huatulco over night arriving around 8 am.  Then we take a van to Puerto Escondido and our hotel for 3 nights. Tuesday we head back on a 6 hour van ride to Oaxaca.  I returned home and relaxed before heading to my 5 pm lecture on Oaxacan Pipe Organs that were brought over by the Spanish in the 1500-1800’s from Europe. Many were destroyed or broke down with no one to repair or restore them so were used for furniture or fire wood.  Read more:  Oaxacan Pipe Organs
I stopped at Tapas and Vino for dinner then home.

Today I did nothing but go out to dinner after planning Chris’s visit coming up and my trip to the Ocean.
I wanted to try a new “rooftop” for Happy Hour and maybe dinner.  Every time I visited my favorite restaurant “Biznaga” I noticed a “Rooftop” on the corner so Gozoba is where I headed. 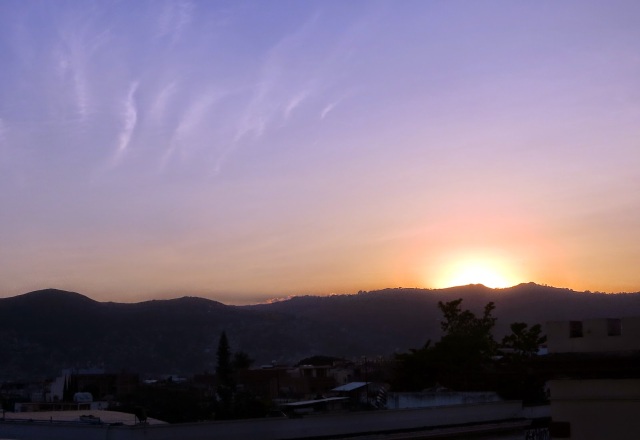 It is three stories up overlooking all the other roof top restaurants and 360% view of Oaxaca.  The menu was reasonable and so was the house wine, so I went healthy with a Pina y Pollo Ensalada.

I used only broken Spanish and sucessfully got my message across.  The sun was setting when I sat and sat when I was done sitting.

All the while I could hear the construction on Calle Garcia Vigil down below.  Mostly this constant hammering with a sludge hammer with NO let up.  I looked over to see the ancient street and sidewalk was being tore up.

This had been going on since I arrived in October but I thought they were just putting in a new sidewalk…why tear up this Stone street?  When I first noticed it almost 4 months ago, they had Jackhammers…now chisels and sledgehammers.  This was hard rock and manual labor bordering on torture. The workers were solid muscle and just kept hammering away.

The chisel didn’t seem to move at all.  It was dark outside and rather eeiry with spot lights to guide the crew.  Some were also down in holes like graves taking one shovel of dirt at a time into a wheelbarrow.

It dawned on me that Jackhammers made dust and noise so the businesses and residents probably complained…thus the torture.  Why dig up a historic landmark on a world heritage site…were they going to put it back the way it was after installing a sewer or something?  I returned home and slept on it.
Wednesday  I went to the library while the maid cleaned house.  Quiet and beautiful day.  I had lunch at my favorite Rotisserie Chicken Restaurant

then returned home and spent the afternoon on the balcony reading before going back to the library to hear a lecture about the place we are to visit on Friday. It would have been interesting if the teacher made himself heard.  He talked in a monotone peppered with ah, ah, ah ah….I was so relieved when it was over. I retired early that night. Protesters had blocked off the main Gas station downtown so Taxis and the Public couldn’t get gas.

Today I am packing for the overnight bus to the beach area on Friday after I return from an all day excursion in the country:

We will visit the Dominican Ex Convent of Santiago Apostle at Cuilapan, the archaeological laboratories of the Instituto Nacional de Antropología e Historia housed in the ex-convent and a tour of the Zaachila archaeological zone. We will also stop at Hacienda Cuilapam for a buffet lunch with live music and over 50 dishes to choose from. Cost for buffet MX$130/per person plus drinks and tips, is in addition to the transportation costs stated above.

I will be meeting Halina , my friend from last year.   It will be nice to see and visit with her at Happy Hour.  Next week will be my trip to the Villages and the Beach….Gotta Go!!! 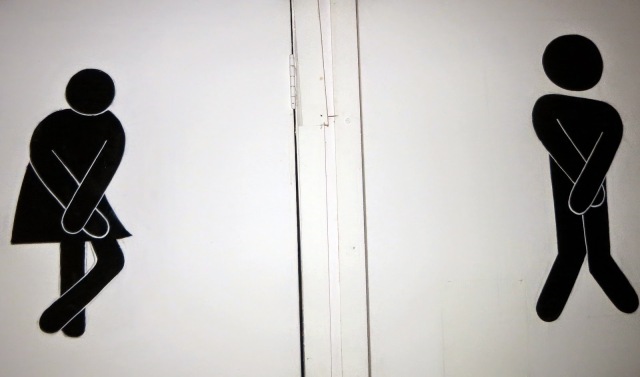