The day before Christmas, I was having my coffee when I heard a knock on my door.  The maid wanted to clean…I was still in my underwear, no shower, etc.  It didn’t occur to me that she would be working that day. After a quick shower, I was out the door.  I walked into town and stopped for breakfast at Cafe Ciela then stopped at the information booth to find out about Christmas eve activities.  I was told the processions from the different churches to the Zocalo started around 6 pm and ended around 8 pm. 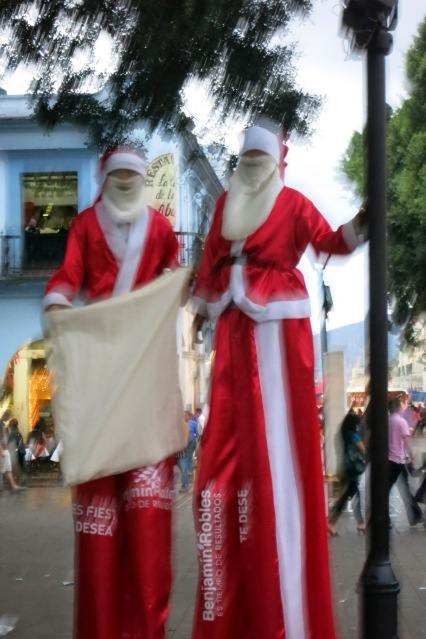 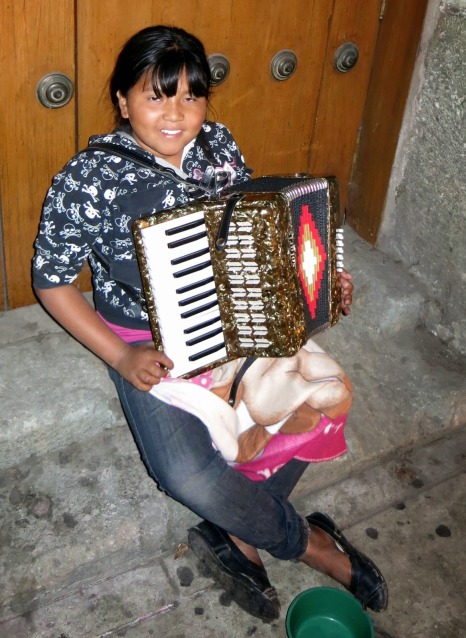 I returned home, waited until around 5:30 then returned for the processions.  It was very quiet and now the Zocalo was rid of the Radish displays and tables it seemed empty. 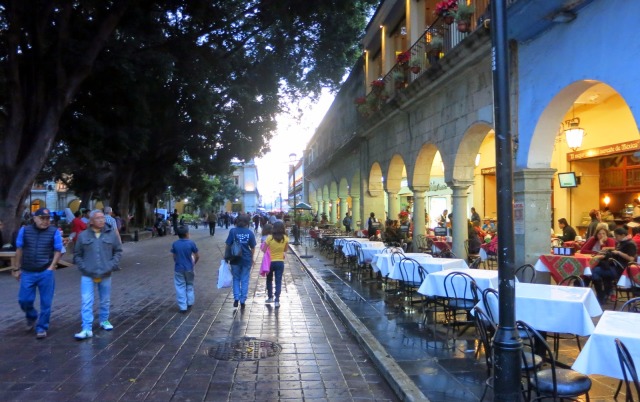 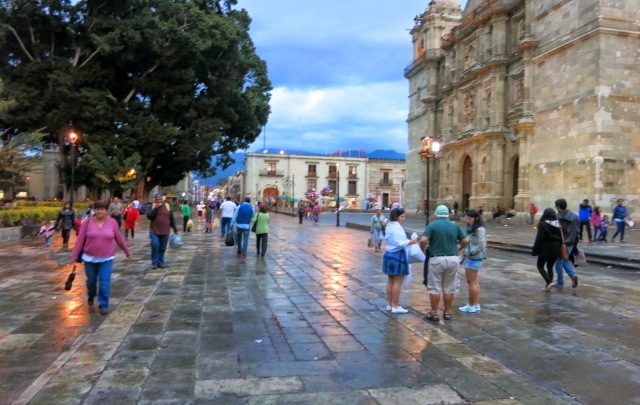 Walking up to the Santa Domingo Basilica to see what was going on, I encountered a small procession heading for the Zocalo. 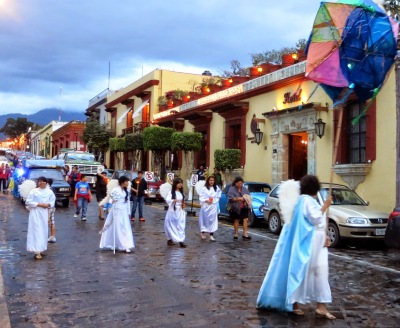 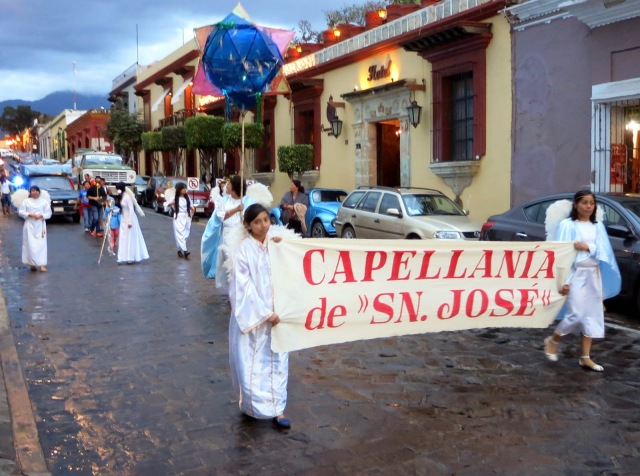 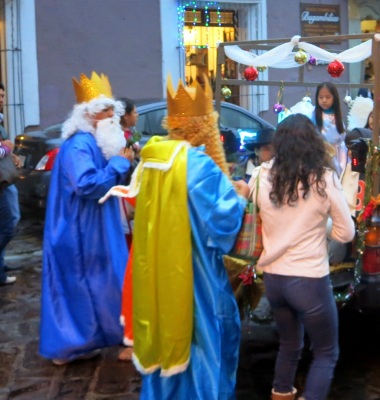 That was it?  I didn’t feel like waiting around until 8 pm hoping to see some religious statues being carried around with a band behind.  On the way home I noticed a large flatbed truck pass going toward the center with decorations like a Rose Parade Float??  There was no one on it but I wasn’t going to go all the way back based on a supposition so went home.
I did note the fireworks going off all night sounded like an attack…but I knew the difference.  Just like the night before the TET Offensive in Saigon…except they were real bombs.

I heard about Verde’s Requiem Mass being played and sung in the churches so decided to attend Mass at the Santa Domingo.

CHRISTMAS AT THE BASCILICA 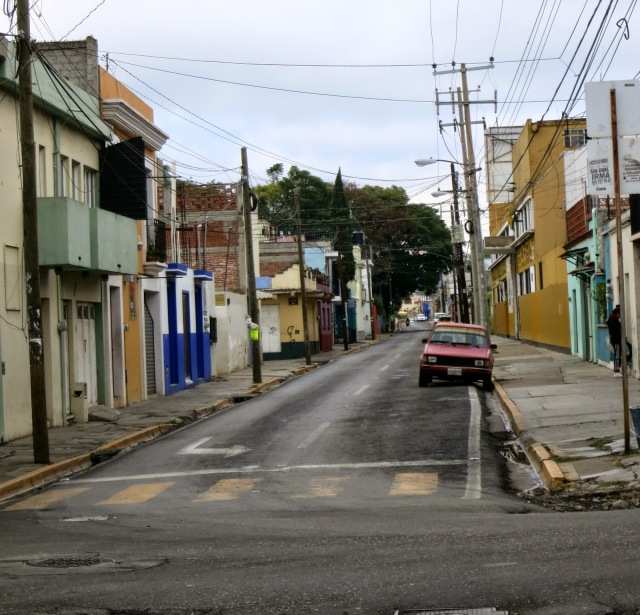 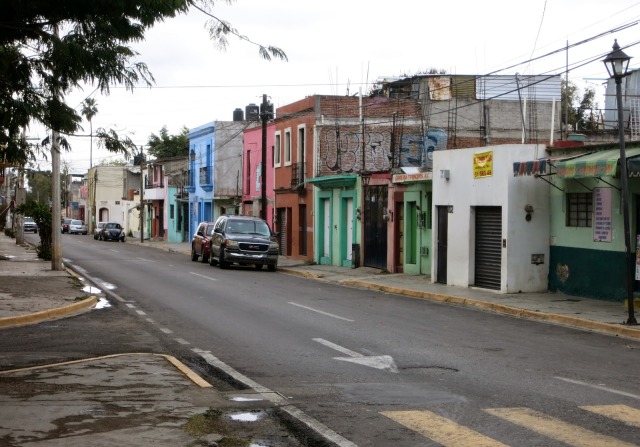 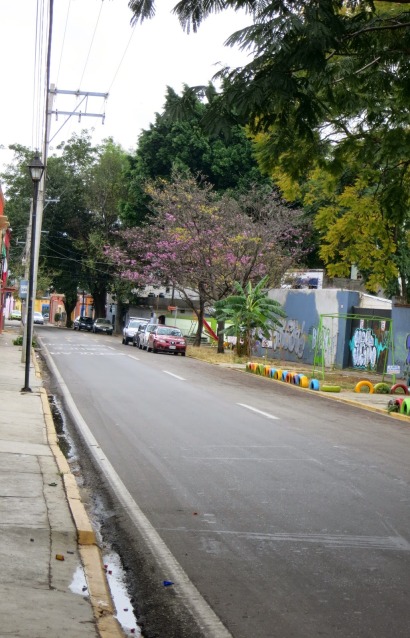 The streets were empty when I left at 10:30.  There were hardly any buses and I walked to the church, only to find it 1/3 full.  I guess the  big deal was Midnight Mass?
Chuck, my retired lawyer friend from Louisiana, was passing the hat in a very dapper suit and tie.  I had to look twice to make sure it was he. When Mass let out, we walked out together and he explained the big deal was last night.  The processions were like a Mardi Gras parade filmed by Fellini.  The Zocalo was packed and everyone was singing, dancing, eating, drinking and having a big party…without me.
Well I put it on the calendar for next year and stopped at the Zocalo and had breakfast with Darcy who was just finishing his. Some Mormon singers were Christmas Caroling and recruiting new converts. 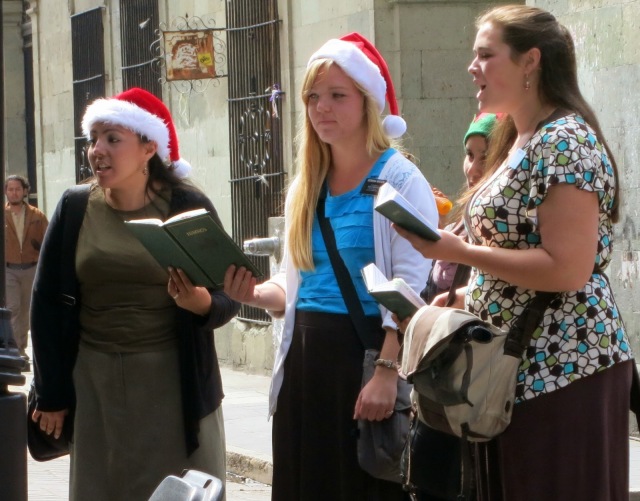 He invited me to join him at his sister’s house for an all day Christmas Party with drinks and food.  I declined and opted for a quiet day at home.