MONDAY
Javier had been waiting for his tenant to move out to a two bedroom not far from here, so he could show it to me.  Monday I walked over and met him at the address and liked it BUT only two very large windows which gave lots of light but when it gets hot, there would be no cross ventilation to cool down with a fan…and the bathroom was down the hall from my bedroom. 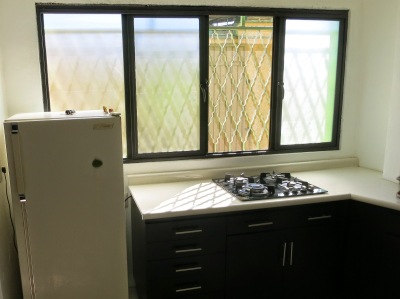 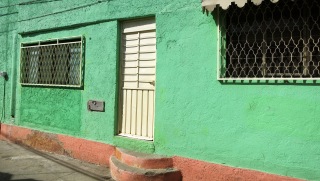 I liked the kitchen and living room and as he was giving me a ride home I told him to keep me in mind for anything down the road.  He worked in an office, his wife was a school teacher and father in law born and living in Oaxaca all his life.  He spoke very good English too. Passed an Egg Store…only sells EGGS!

He dropped me not far from the library and I contributed to the orphanage and bought Luis a new pair of shoes…then returned home.

TUESDAY
The big day…The opening of the festival isn’t until around 5 pm when the Prize winners are chosen and the world shows up.  I met a young lady this afternoon that came here from Chicago with her husband for the first time…JUST to see the Radish Festival.  This is a big event.  She told me they were setting up the displays while many were finishing there creations and being judged while they worked at the Zocalo.
While walked to the Zocalo I stopped in Labasita Square to photo an Art a Thon. 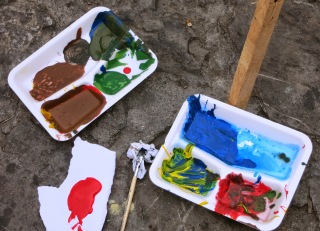 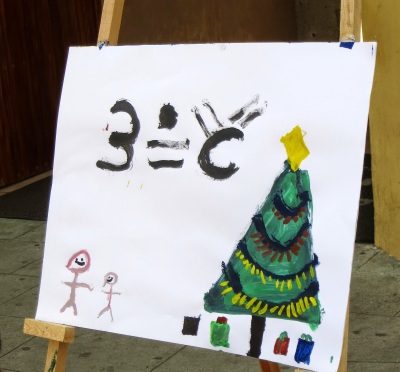 I went down to see how they were setting this huge event up in anticipation of thousands of people that walk around the perimeter of the park on a ramp looking down at the displays while the creators spray water on them and make adjustment.  The judging and awards are over at that point and the winners are being interviewed by news crews. 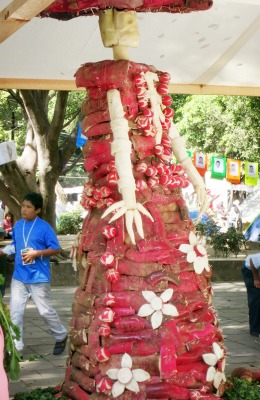 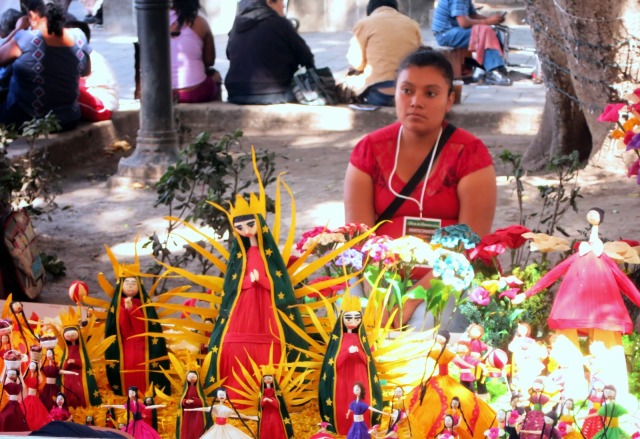 I took some photos and bought some Rotisserie Chicken for Christmas  and returned home. 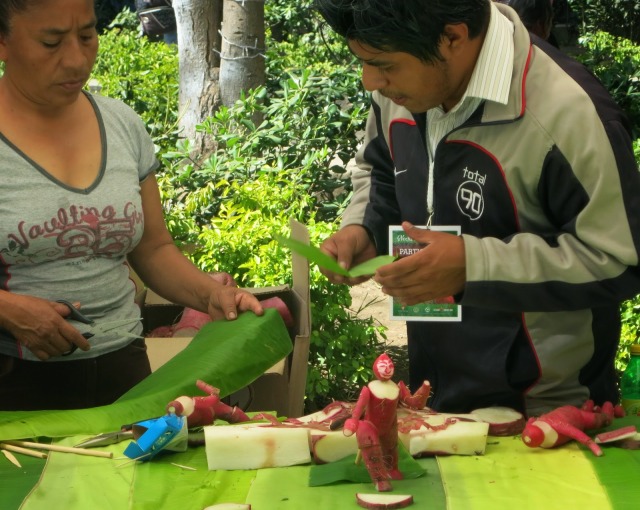 There was a concert with the TUNA (Historical Groups of Tunas…troubadours that formed to entertain for money in order to pay for the University.) It is like a fraternity and many stay with the group until they die. The Tunas come from different areas of the world but most if not all are Latin.  It originated at Salamanca University in Spain. This Tuna group toured 17 different countries throughout Europe.  Each patch on their Tunic..Cape is a country they played at or a University       .TUNA
My goal was to attend the 6 pm concert then take pictures at the Radish Festival but not to stand in line and walk the ramp.  I had to walk by on my way to Santa Domingo for the concert.  The crowds were enormous.  The traffic was gridlocked and police were everywhere.  They surrounded the ramp with a barricade to keep it organized.  There was no charge but only so many were allowed on the ramp…so there was one entrance and one exit after you did the perimeter of the park.
I  past the zocalo and was half way to the Santa Domingo when a TUNA came down from there and passed me going to the Zocalo…whoa…excuse me TUNA aren’t you going the wrong direction.

Christopher, informed me that I was going the wrong direction and they were playing at the other Church just along side of the Zocalo in 10 minutes.  We walked back together and exchanged info…he lives and was born in Oaxaca.  He has two children and he traveled the world with the Oaxacan TUNA he belonged to.  His parents live in La Jolla California and he has been to San Diego many times visiting them.
I stayed for the beginning of the concert and a choir doing Christmas songs that I didn’t recognized but everyone in the audience was singing along. The TUNA are an entertainers and interact with each other as well as the audience.The Tuna
TUNA too          Tuna has a CHOIR    and Christopher sings too

I tried to get photos of the serpentine lines and winded out to the street and back 10 times…it was just a mass of people standing for hours and hours to get to the entrance.

Security would wait until the ramp was clear enough and then let 20 people at a time on to it. The Governor of Oaxaca showed up with his wife and were getting the VIP treatment with 15-20 Secret Service with earphones and looking like robots…looking…looking. 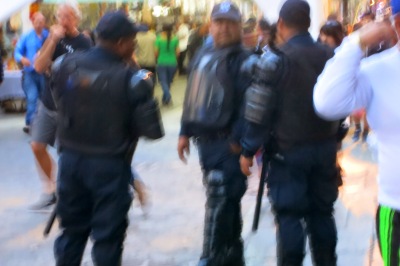 The police were stationed every 6 feet along the entire barricade.  Riot gear with everyone in bullet proof vests and packing pistols to automatic weapons.  SPA Special Police Agents also were working with the Secret Service and were all around the Governor.  I tried to get close when he was shaking hands and doing photo opts with children on the ramp, but could not get a look or a photo.  He caused the line to slow but wasn’t going to miss the publicity…he did the whole show! 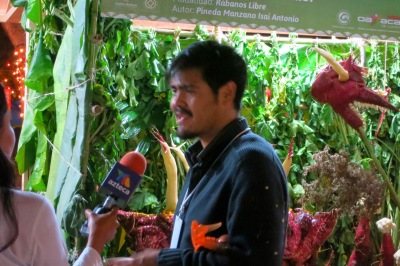 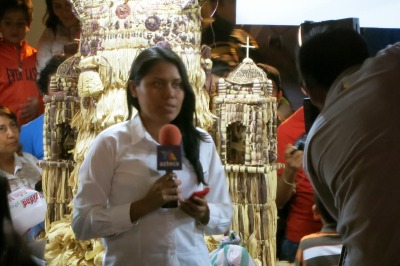 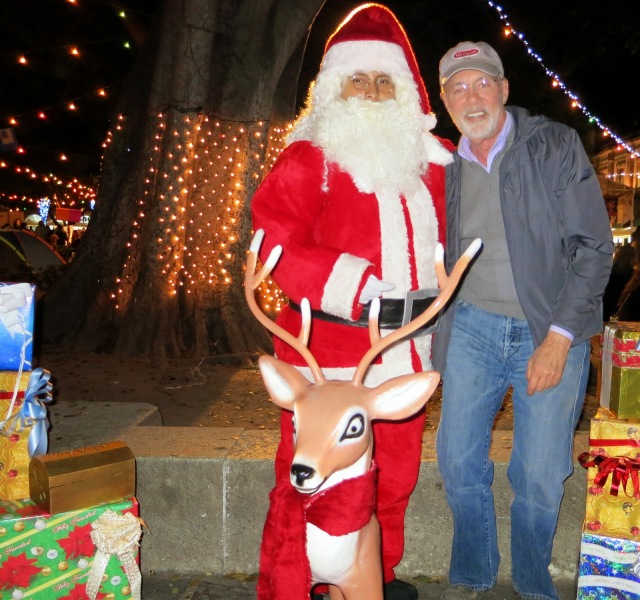 I was exhausted so sat in the Cafe with some wine , Serrano ham from Spain, and Melon while watching the world go by.