Tuesday morning I was up at 7 am packed, out the door and arrived at the Library to catch the tour to Yagul .  Thirty of us boarded a caravan bus and Larry’s (our leader and organizer) Van and arrived around 10 am at the site about 30 miles out of Oaxaca.

Larry filled us in on some of the history that dates back 3000 years before the birth of Christ.  It wasn’t until around 700 AD when the Zapotec City of 6000 was flourishing as the palace of the King.  He just sitting up there sipping a Mescal and watching the world go by. 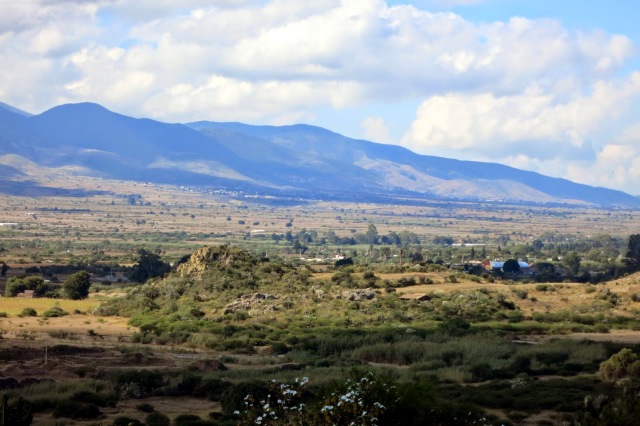 Somewhere around 1200 the Zapotec’s abandoned Yagul and moved to Talacalula near by.
Don’t quote me on any of this.  Larry sent us off to explore and requested we be back in an hour to start our hike.  There was a trail leading up to a summit overlooking Yagul but I was hesitant to CLIMB anything other then a ladder. 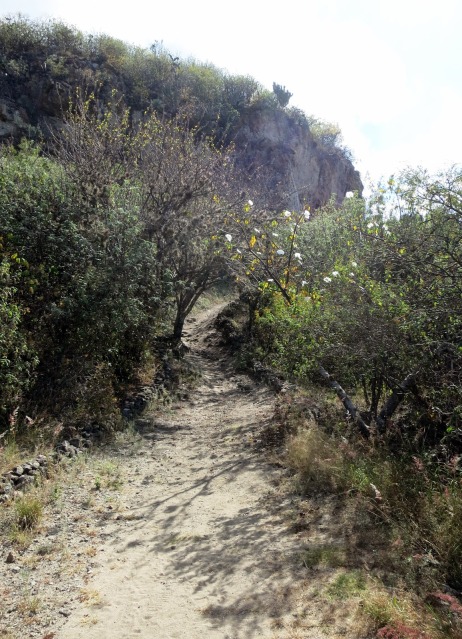 I did it but it took me a few stops along the way to admire the view.  The hour was very interesting and we had the entire World Heritage Site to ourselves. 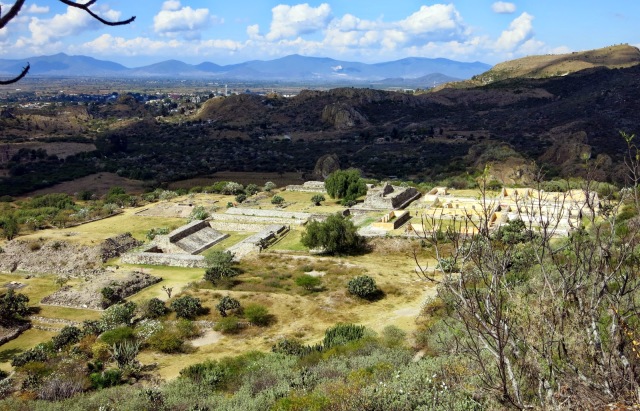 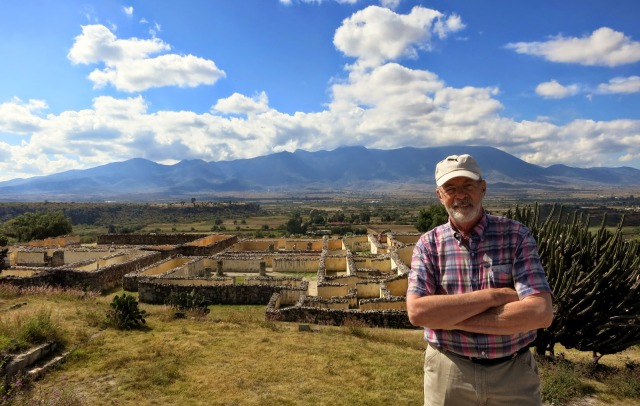 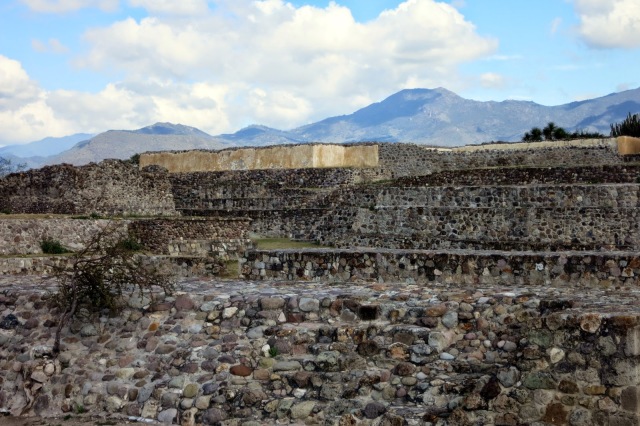 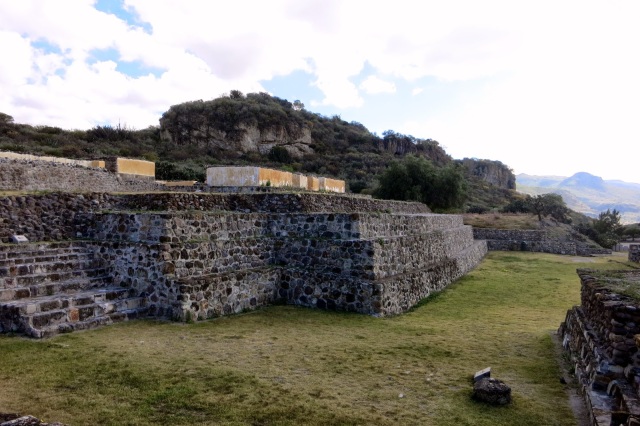 Now we started down the road then off on to a trail that became no trail and we reached a dead end after what seemed an hour.  We had a German couple that works as guides for the US National Park system and leads hikes throughout the Sierra Nevada and Rocky Mountains all summer from Denver to San Francisco.  They back tracked and found where we missed a turnoff to cross a stream to connect to the real path. 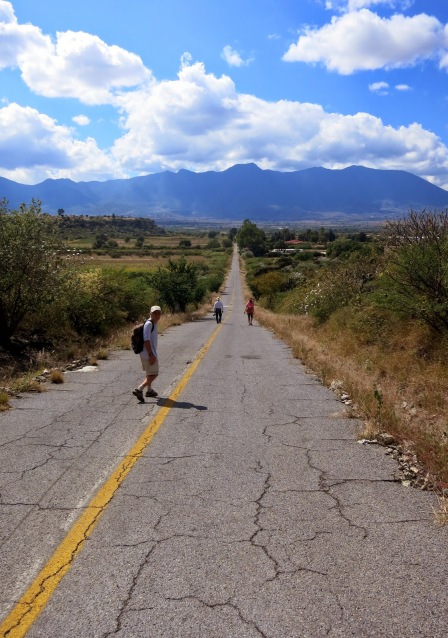 I was doing OK.  Stopping on occasion when the pain in my legs got severe…then starting up again.  Two other lagers were with me.  I thought out of sympathy.  One was an Marine that did two tours of Vietnam in 68 and 72.  He said he just killed everyone and let God sort it out.  Now he was close to my age and more mellow.  Turned out his High School sweetheart, the other lager was not sympathizing but was started to dehydrate.  I noticed she wasn’t drinking her water so encouraged her to do so.  It was hot and there was no shade.  At 6000 feet the sun has more intensity and even Marine guy was stopping along the way.  When we were up to 3 miles, the rest of the crowd had left and were in the village. 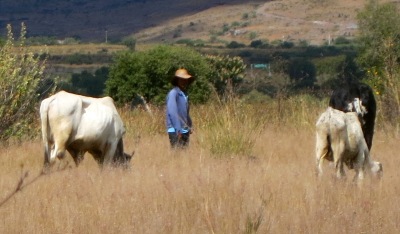 The guides split up…one to get Larry to drive what was now a road, back to pick up the lady.  The other guide stayed to assist.  He gave her an umbrella to shield her from the sun and more water.  I was up ahead determined to make the Pueblo up ahead when I spotted Larry’s van. He went to pick up the guide and the lady then returned to pick up the Marine and I.

Once in the village we were OK after some more water while the rest drank beer.  I ate my sandwiches and after 1/2 hour milling around a strange town that seem modern in the square but way back in time outside of the center.  Oxen pulling plow with the farmer tilling the soil.  People riding by on donkey’s and horses.  Boys herding sheep in the fields.  Somethings that I never would have seen staying in Oaxaca.  I doubt I’ll ever do another hike with the group as that was the one with the least effort and the shortest time…but you never know.