#7     Pick up the laundry day, breakfast, checking the Internet,  and of course sleeping.    Oh yeah…ordering “stuff” from Amazon for Mexico, scheduling end of the Month and Doctor stuff…pick up scripts and up date appointments. Mostly watching Orphan Black on Netflix. 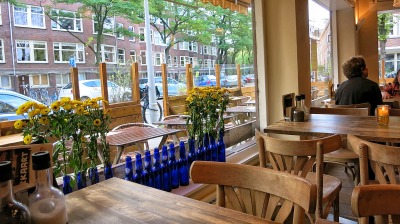 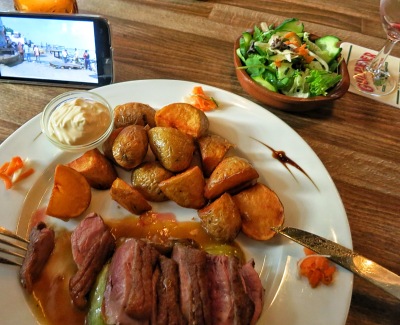 Peter left around 4 to go visit Jeannette…I went to dinner at 5 to what I thought a restaurant he recommended but the lady had no idea who Peter and Jeannette were…I was at the wrong place but menu looked good.  I ordered some wine and duck for dinner while neighborhood people came in for some Gin and Beer after work.
Three nice ladies in their 70’s and up took a table near and ordered dinner while having wine.  They were chatting it up, laughing , and catching up on things like young college women that haven’t seen each other in a week or so.  One ordered a wine as I was leaving and I noted the other glasses were almost empty so when I went to pay, I requested that last drink be put on my tab and that I wanted to put the others on my tab but not to say anything until they requested the bill.  She thought I meant I was paying the whole bill instead of buying a round.  I told her they were having too much fun and it was nice…I wanted to treat.  She said, Are you sure.  Yes, of course…then I was presented with the bill.  Mine was around $25…theirs was $40…so with tip it cost me $70 Euros..or around $90…I couldn’t renege now…so I left feeling like I fulfilling my “random act of kindness ” for the day.
Peter arrived with Sanna  shortly after I did.  They broke out a bottle of wine and joined me.  We visited a bit and Sanna called Huib, her husband, who was a Captain on the Tour boats for the Canal, and booked me with him for Wednesday at 10:30.  She left and I watched another Black Orphan episode before bed.

#6   I left to catch the tour boat but had to replenish the cash I spent last night so arrived too late.  Huib’s boat had just left. 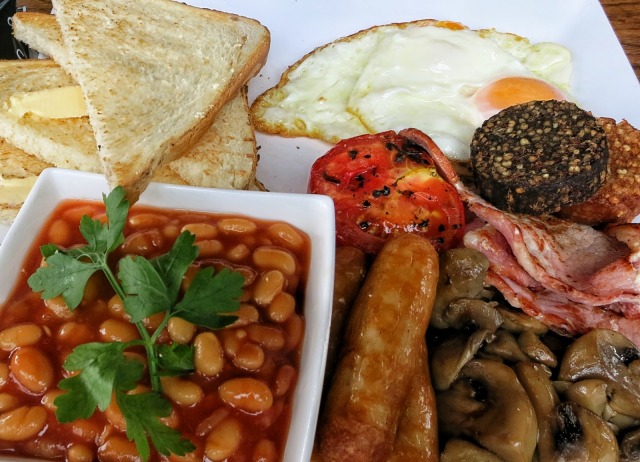 I went to the ARAN IRISH PUB next door for an Irish Breakfast then returned about the time he arrived to start another tour. 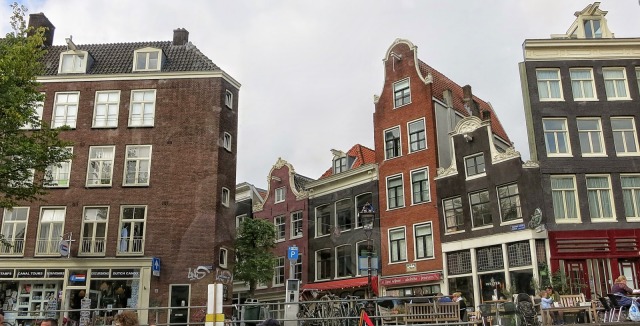 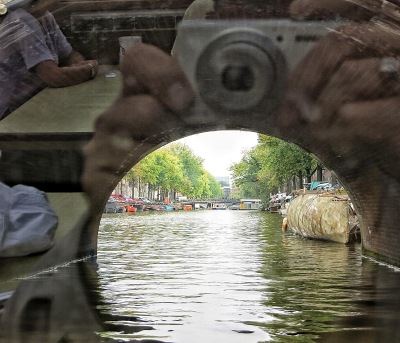 We chatted a bit and did the tour.  It was the first time I’d been on a Canal Tour boat since 1987 and it was way more enjoyable then that tour.  Maybe because it was free.
We hope to see each other this weekend if Sanna can arrange it.  I took the Tram home and both Peter and I went to take a nap.
I slept on the couch because I only wanted a short nap.  Two and a half hours later I woke around 5:30 pm and Peter had been gone sometime.  I left for the Italian Restaurant that Peter recommended .  This time with the right directions. 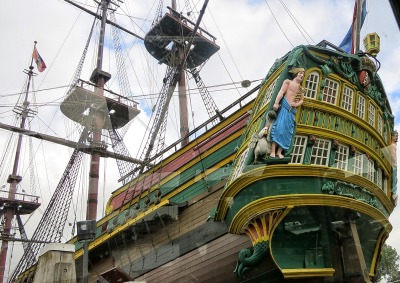 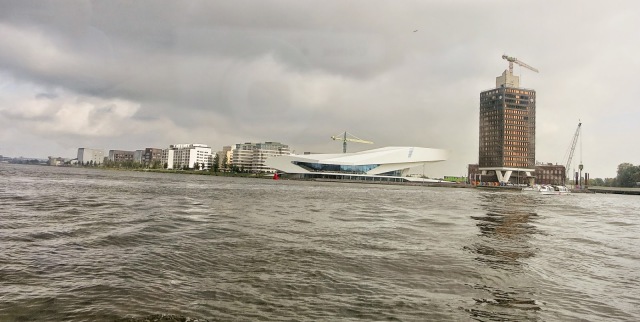 The place was very nice. 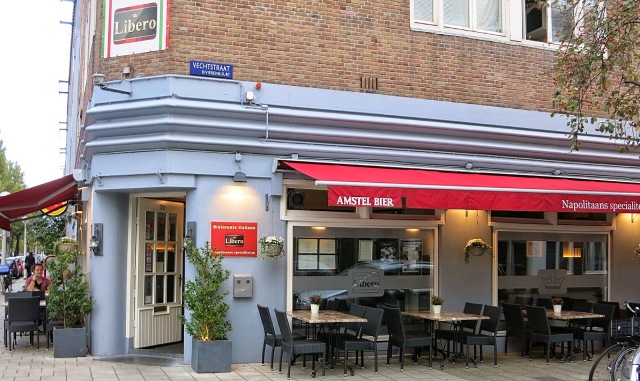 There were lit candles and fresh flowers on all the tables.  It was decorated very nice and appeared very inviting.  Good sound system though I couldn’t hear anything.  My waitress was young, smiling but curt.  She never returned to the table after serving me and wasn’t in sight. 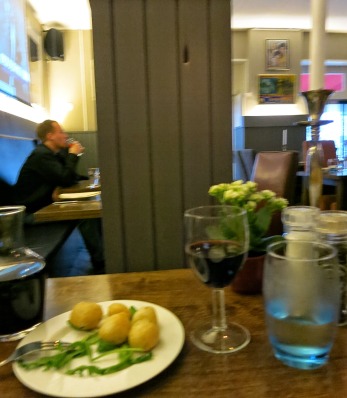 I wanted some water…$3 for a glass.  Parmasan cheese, no charge but had to ask.  Fresh made pasta was good but not fantastic.  Fried Bread balls with salt were very tasty, light and different.  House wine by the Carafe or glass was good and priced well.  The restaurant had movie by Fredrico Fellini , La Dolce Vita , playing in black and white with subtitles.  It was better than watching a Sports channel.  Nice touch with Fellini Movie Posters up for decor I inquired if Bruno , the Chef-Owner , was a Fellini fan…NO he is a Sophia Loren fan.  I said Peter and Jeannette recommended the place and said hi.  They had no clue who I was talking about. 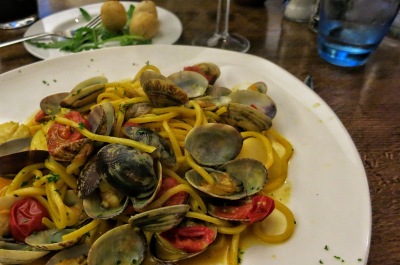 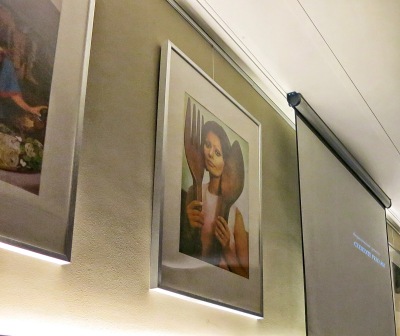 I arrived home two seconds before Peter.  He watched the news, I played a bit of poker then we retired. 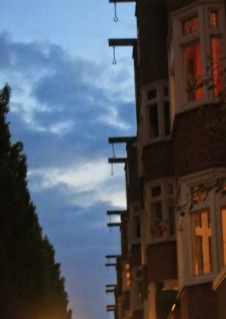 #5    Peter and I are having lunch at the Suriname Restaurant close by.  I wanted to treat him and spend some time one on one with him.  He seems worried, alone, sullen, and a bit depressed.  He needs Jeannette home I think.  Perhaps I can cheer him up for his long road ahead and lend some encouragement. 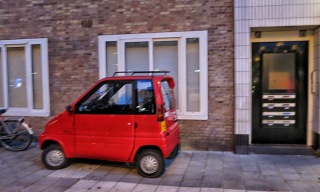 He came in from shopping a bit and we left for lunch.  I dragged him to the drugstore to see if I could fill my script.  I explained I had not packed enough of the doses and was in need of another 2 weeks.  She checked with the druggist and he said I needed a Dutch script for that drug.
Peter ordered a Chicken curry sandwich and a beer.  I had a juice and Lamb curry with rice and green beans.  We enjoyed the day sitting outside so he could smoke.  School was out and there were a lot of school children hanging out on lunch bread and chatting.  A lot of Muslims…all having fun.  Oh to be young. I couldn’t finish my meal so we took it home but stopped for a Lemon Pie at the Chocolate shop …dessert! 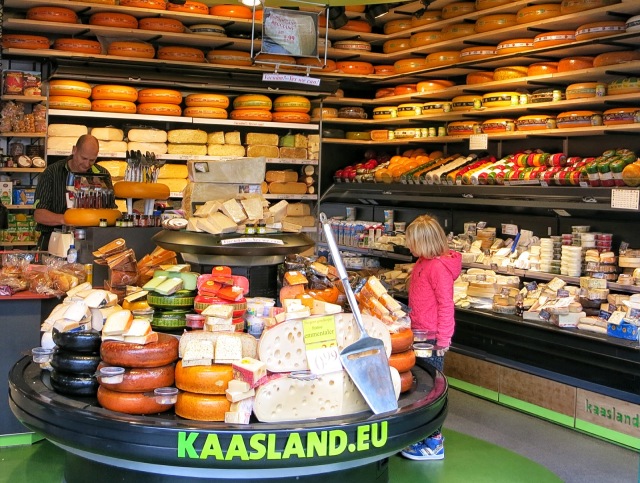 He took a nap while I took the Tram to Central Station and At The Movies.  I got there just after the last movie started.  The others weren’t scheduled until 5 pm…It was 3:30 so I decided to call it a day and return to watch Orphan Black. 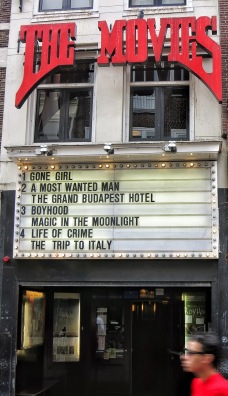 I noticed a nice Coffee Cafe across the street called Two for Joy. I stopped to have an Orange Pumpkin Cake!  So good.  The best Latte in Amsterdam.  Just like back home. 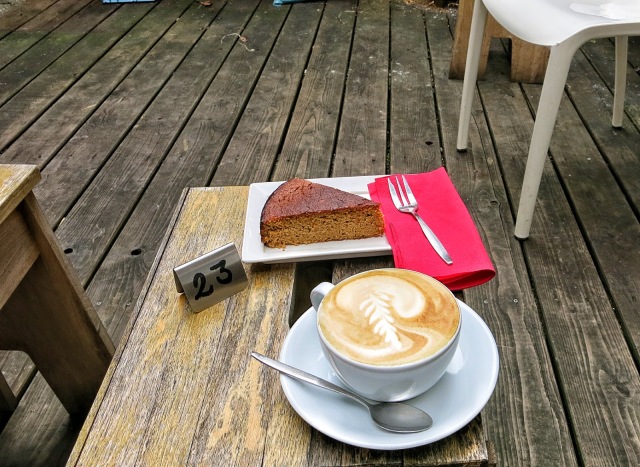 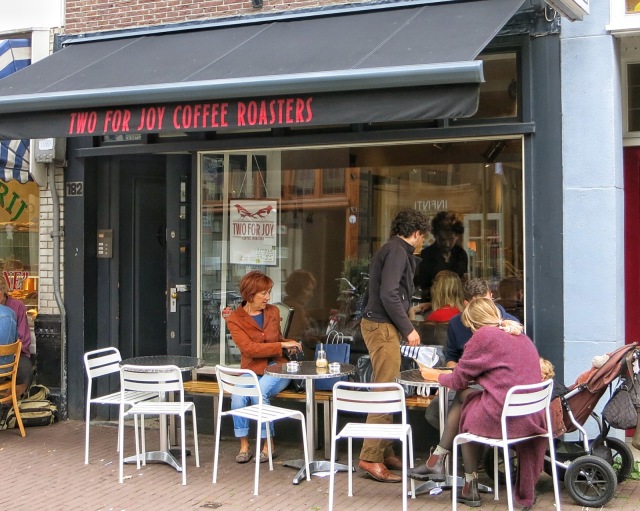 I felt energized so walked all the way to Dam Square to catch the Tram back home.  The Lamb Curry was still excellent with a nice bottle of wine…and Lemon Pie for dessert. 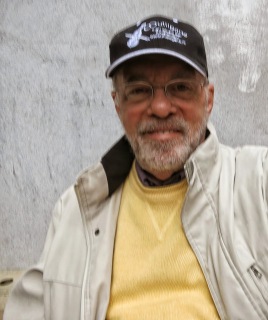 Peter came home and I retired early to be fresh for a trip to Rotterdam tomorrow where I’ll meet up with my friend Pim. We met in Hanoi.  We did a tour to Sapa, in Northern Vietnam,  together with a group for 3 days.  He choose to stay in the village with the tribe we visited while I stayed back in Sapa.  He is a very Charismatic person and I look forward to seeing him again. We have been in touch but haven’t seen each other since…2008?