I slept sound and late…10 a.m. but I made Mass at 11 a.m. Mass you say? David?  Well it does date back to the end of the 16th Century and I hadn’t seen the inside.
The nuns were out front selling baked goods, the church bells were calling.  When I entered I was impressed by the beauty and elegance of the Church.  It really was a masterpiece of Art.  It was only about 1/2 full and I left after about 10 minutes for breakfast and change.  I want to donate to the Church , the Nuns and the poor people out front.  I had only seen one other church that impressed me that much and it was the Basilica in Ottawa. I will do the museum and the church after Siesta at 4 p.m.

The Cafe Los Cuiles served me a great Latte and Oatmeal.  The Oatmeal was laced with Cinnamon bark and topped with raisins and  bananas. I used their internet to finally get some photos posted to my blogs.  I’m actually caught up now.  It is another marvelous day in Oaxaca.

I returned to the room to drop the computer off and head for the church and museum.  I came around the corner to a large group of people dressed in Native costumes and playing music.  It was a bi lingual , bi cultural get together.  In Oaxaca, as I understand it…a lot of the native Indian languages are still spoken.  You may speak fluent Spanish and not be able to communicate with the different ethnic groups that make up the state of Oaxaca.  I started taking photos and videos then realized my battery was down. I still had the museum to visit so returned to install my spare.  I got back just as the band was striking up a tune for the beginning of the parade.  Each ethnic group wore the dress of their heritage and danced and marched in a parade to the zocala. 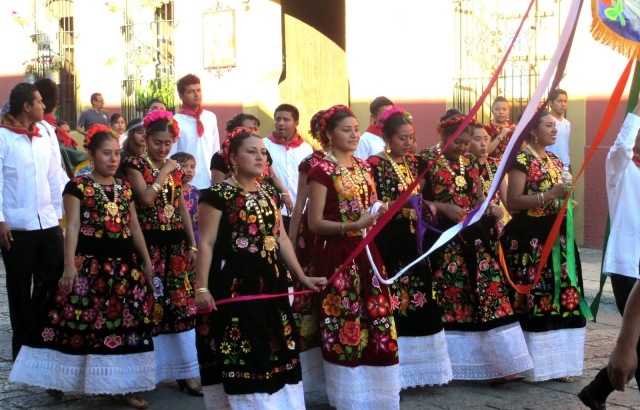 I took some photos and videos then followed a bus load of tourists to the museum.  This museum in the convent of Santa Domingo has relics and artifacts dating back 10000 years that proves the existence of humans in Oaxaca State at that time.  I marveled at the collection and the presentation.  This city is a jewel in this world.  It is an International city rivaling the beauty of any world capital.  When Cortes had finished conquering Mexico, he was the Viceroy of  Oaxaca but never did live here.

The museum in divided into 14 permanent halls that contain pieces of history from the state of Oaxaca that encompass the last 10,000 years-from the first settlers to the flourishing pre-Hispanic cultures to different aspects of the Spanish Conquest and Colonization, the Independent
Era  and through the 20th Century.  Hall 3 displays the jewels found in tomb 7 of Monte Alban which are considered to be some of the most important treasures of Mesoamerican history. 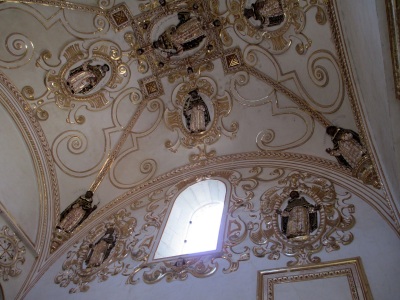 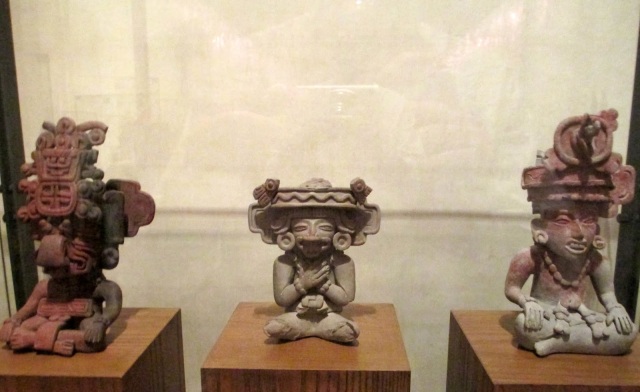 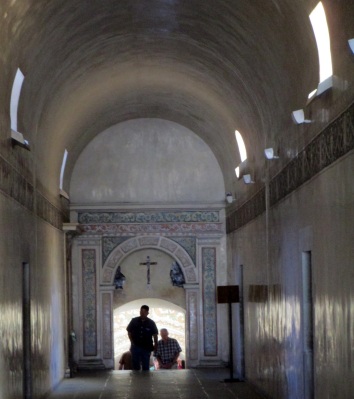 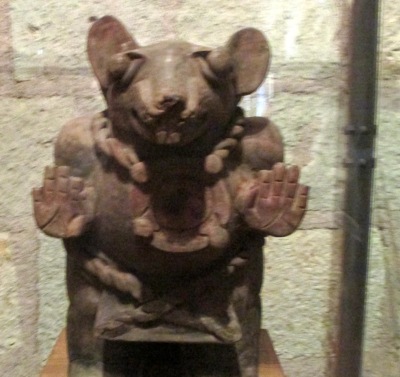 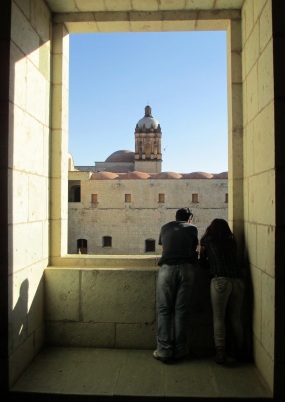 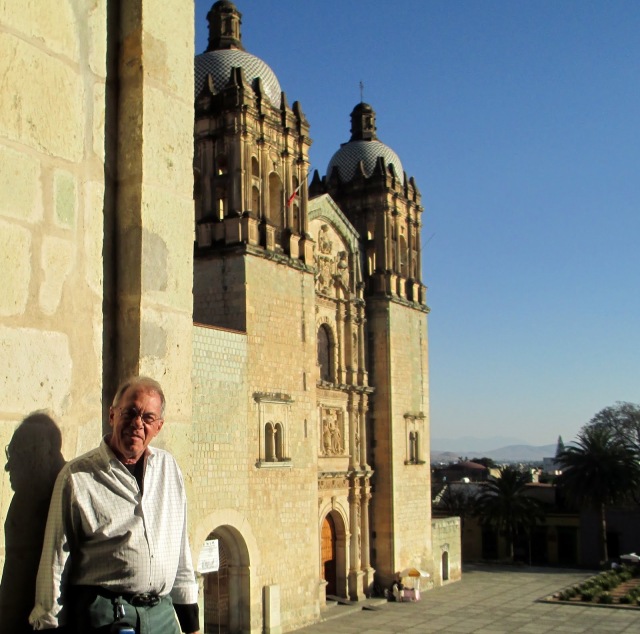 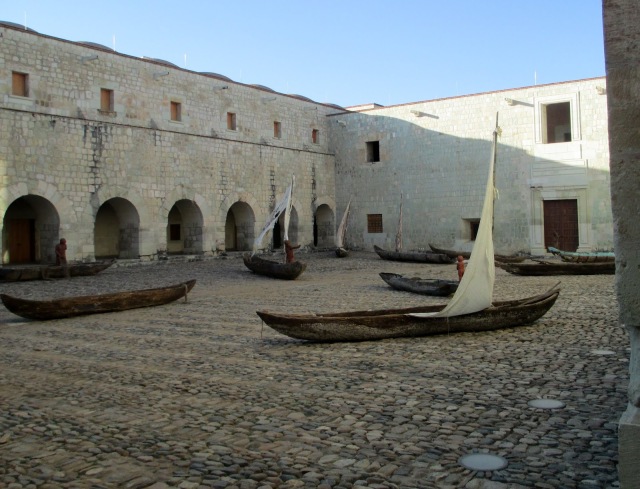 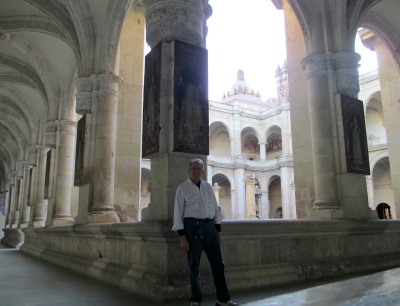 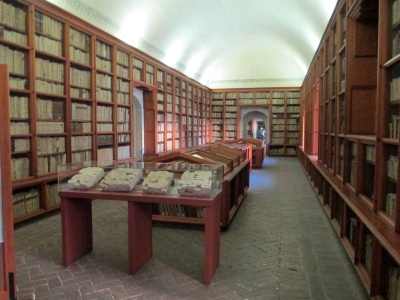 Santa Domingo de Guzman ex-convent is one of the most important and largest Viceroy constructions in Mexico and likely in all of America due to its monumental artistic valor and the large part that it played in the cultural change in the area.  The tourists I met, from Spain, Germany , France, etc were just astounded at the beauty of all of Oaxaca.  They repeated my belief that this is one of the most beautiful parts of the world.  Average year round temperatures of 80%…5000 ft altitude…fresh air…different blends of cultures all contribute to it’s uniqueness. I hope to own property here or have a LONG term lease IF I can procure one.
I left the museum and never went to back to the church. There is only so many Spiritual Orgasms you can take in a day.  I need to space these things out.  I will return to do the museum again but a piece at a time.  The church too.  I plan on doing Midnight Christmas Mass there…the whole mass.

I scouted out a couple restaurants I had on my list.  Some were closed on Sunday but the La Gran  Torta that specializes in Pozole fit my need perfectly. They had 9 different varieties.  I had the Guerra Verde Blanco with Pork…so good and with a beer and Tip was around $9…I will return for the other 8.

It was Dusk when I started to return to my Hotel.  The whole city transforms itself into another magical world in the evening.  Night in Oaxaca is lively and seducing at the same time. Lovers are out everywhere, families, old people dressed up strolling the cobblestone pedestrian street.  Musicians with their violins, accordions, flutes and guitars.
This is a sampling:  https://www.google.com.mx/search?q=musicians+of+oaxaca&hl=en&tbo=u&rlz=1C1CHMR_en&tbm=isch&source=univ&sa=X&ei=qF4YUdmPFqrI2AXa74H4AQ&ved=0CGIQsAQ&biw=1024&bih=539