I woke early after tossing and turning with stuffy nose and congestion so decided to take a taxi to a Chemist and get real medicine.  I found one that opened at 8 am so I had breakfast and a taxi waiting at 7:45 .  Just as I was getting ready to go David came in the Restaurant so I told him my plan…he said we don’t leave until 9:45 so you got plenty of time.  On the way in the Taxi I got a call from David to pick up some other things for a lady but I can’t hear so he texted me and I asked him WHAT things. He called again as I was leaving the Chemist and since I can’t hear I took the phone to her, she gave me some alcohol wipes for insulin injections and I delivered it after paying $25 pound cab fare.  My meds were 7 pounds so I didn’t care. 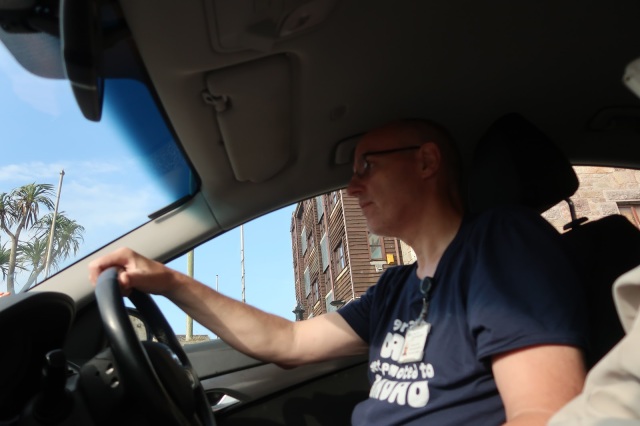 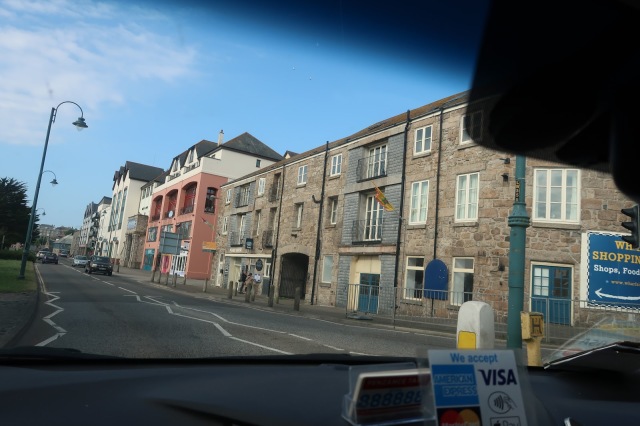 I packed up and  was on my way down stairs to check out when one of our members asked what are you doing ?  We don’t leave for another day…so I unpacked , took my Meds.
Mark Camp joined us as a guest tour guide.   I stayed on the bus during our first stop which involved going to a mini St Michael like in Chartres France. They hiked to the Mount at low tide then climbed up to the Chapel. 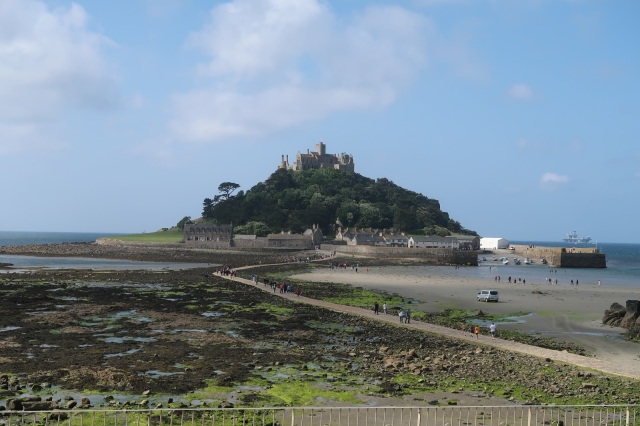 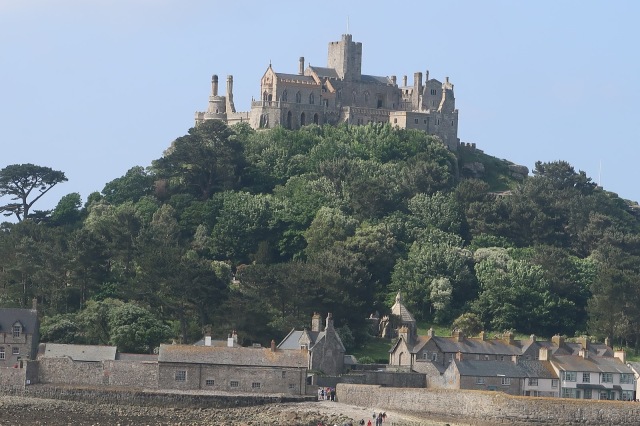 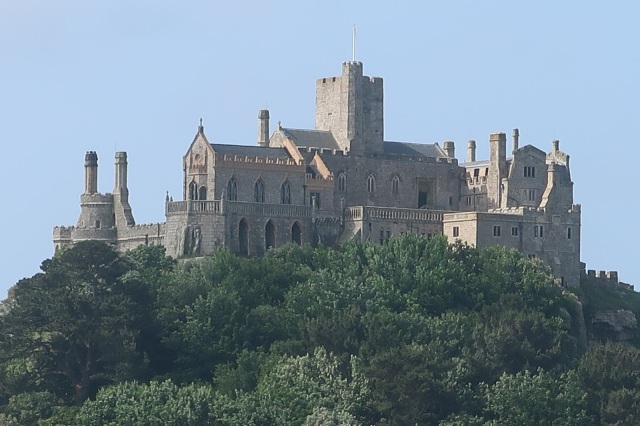 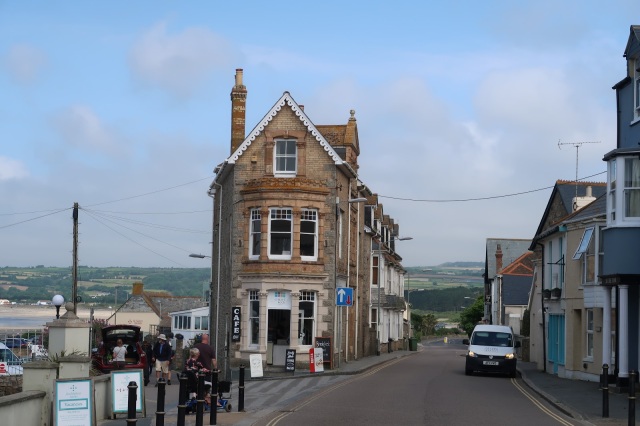 It was getting close to lunch so I figured they would all return and we would go somewhere with some free time to have lunch.  Well they did go to lunch while I was on the bus.  So now I haven’t had lunch and everyone did and we were off to a new location touring Cornwall.
We have been traveling back roads as much as possible and have the added advantage of being in a bus.  This gives us a better view as the Hedge rows along side of all the roads block the view if your in a car.  The roads are extremely narrow in places and every now and then we have to back up to make way for oncoming traffic and visa versa.  The days are filled with sites to see and things to do with very little free time for personal needs…like this blog, or finding a pharmacy, and sleeping in…other than that, the trip has so far been delightful.  We are getting to know each other more personally as the the days wear on.
Mark took us to The Merry Maidens and Lanyon Quoit.  The Merry Maidens was one of quite a few ancient stone circles in the middle of this ancient land …in a field.  No one really knows why they were put there and to what purpose.  Maybe to worship, communal get together, preparation for war, to honor the sun gods, etc. 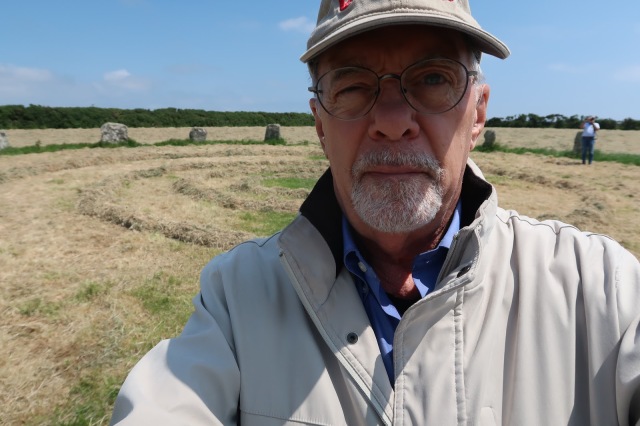 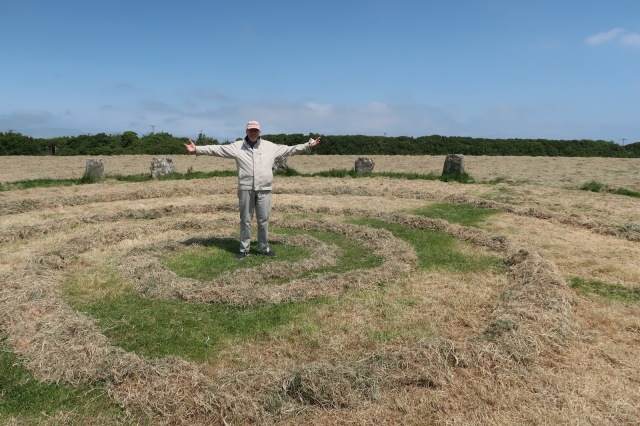 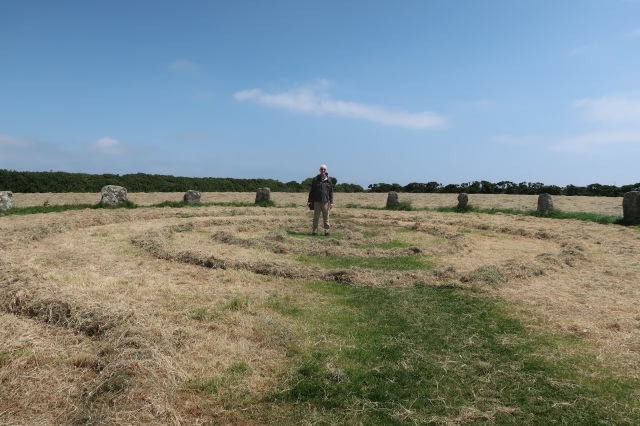 Then we visited an abandoned Tin Mine where the PBS Series Poldark  was filmed. I saw the first series in 1978 and loved it.  The new one, I never got started on. 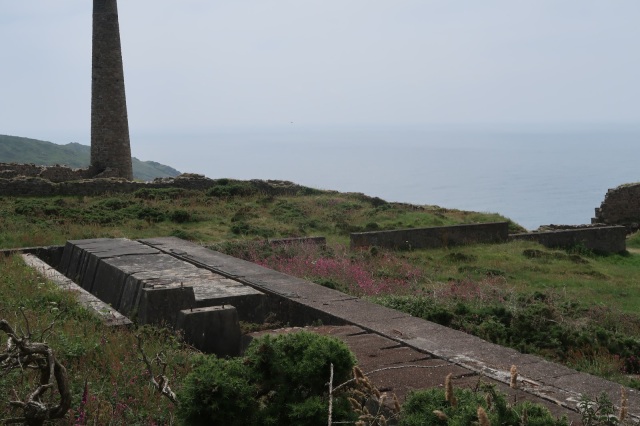 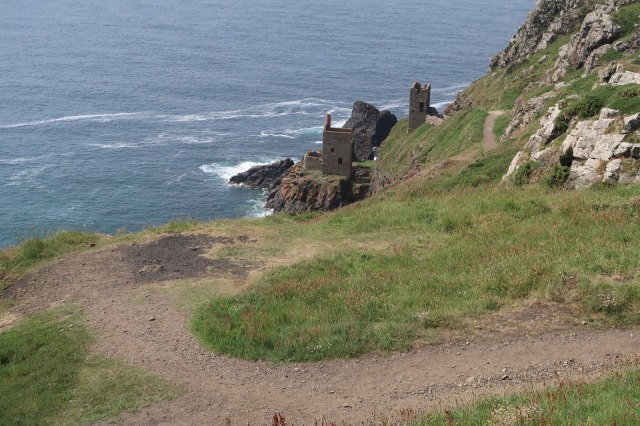 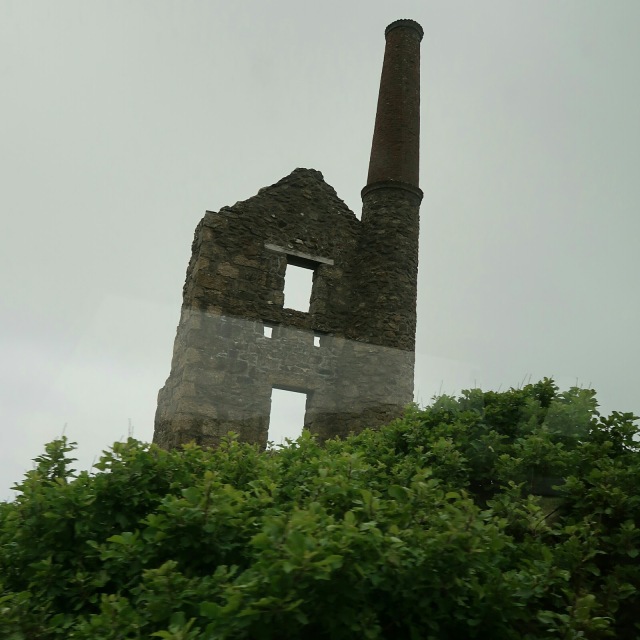 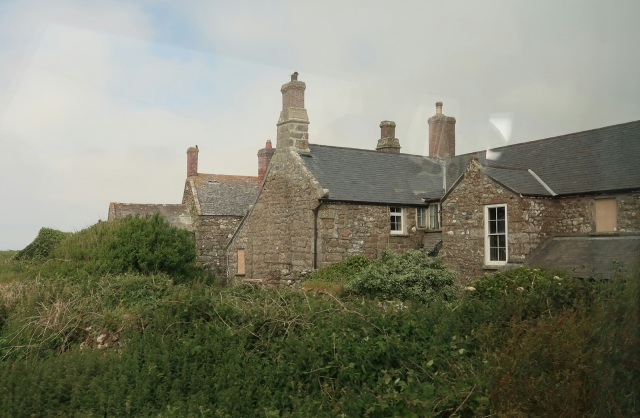 Mark took us to Quoit Lanyard, another rock arrangement similar to  Stonehedge but smaller. 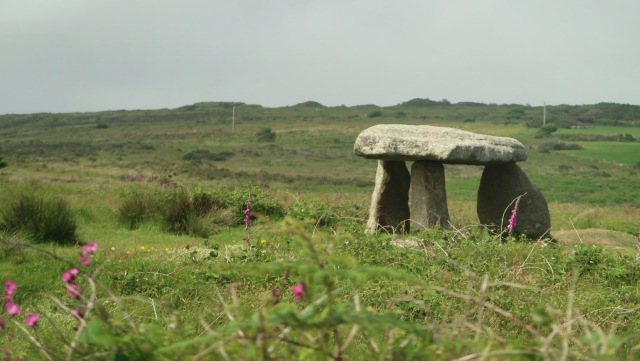 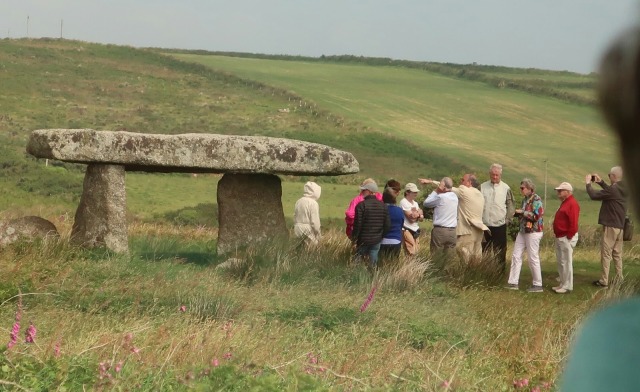 We did our first Photo at the lowest point in the UK…Land’s End.for our “Start” photo by the sign.(which I missed because I didn’t hear the meeting time). 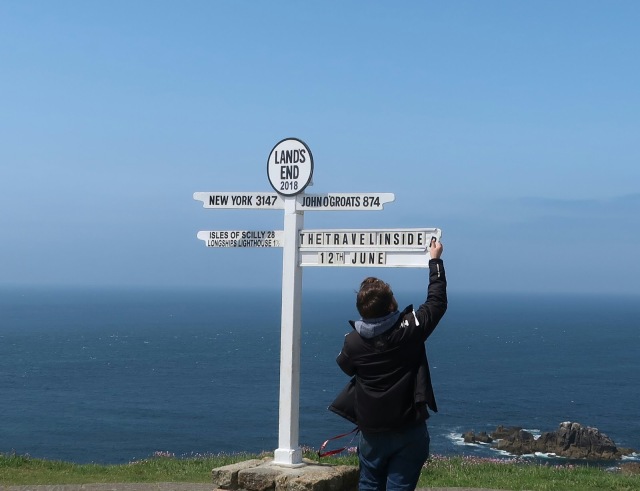 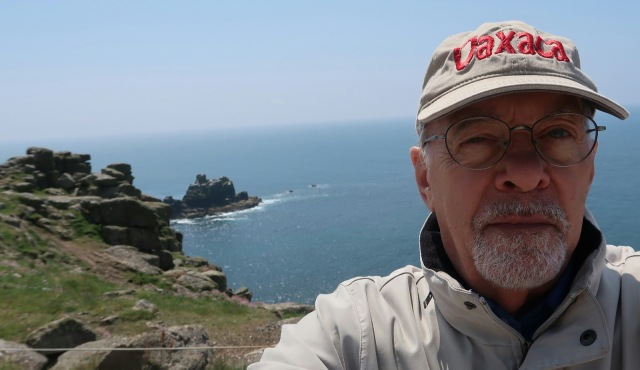 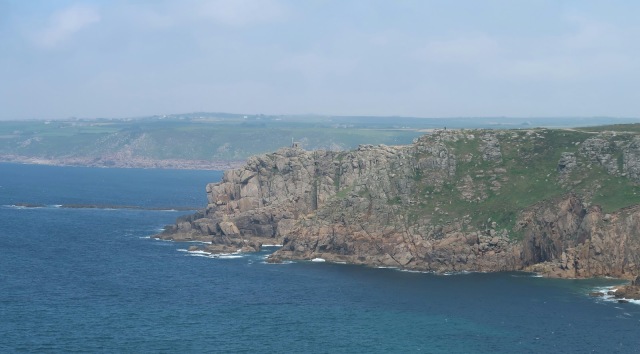 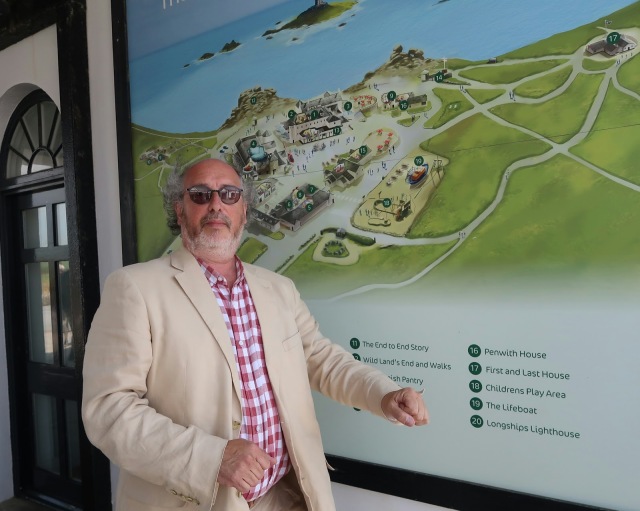 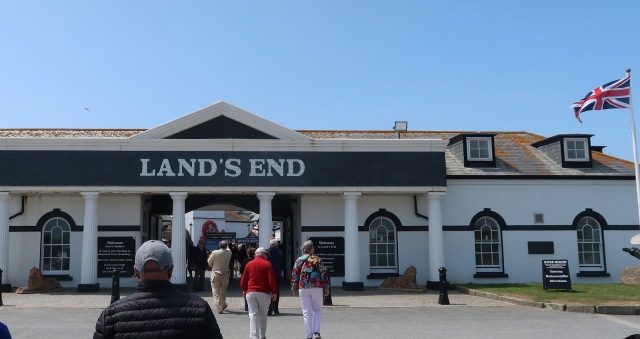 Land’s End was a bit touristy but beautiful coastal views and as an added bonus, I got to see Stonehenge on our return to Penzance. 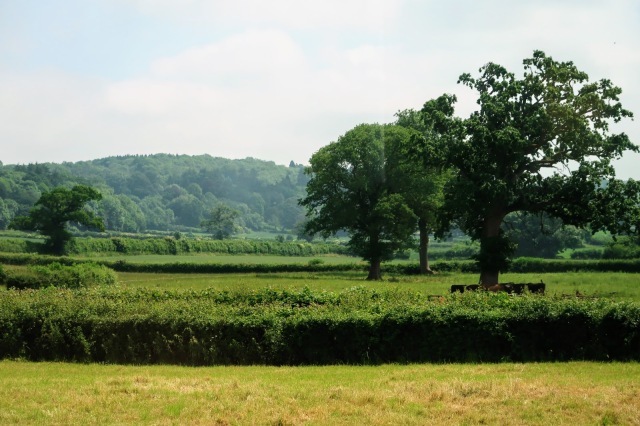 Not bad for photo from the bus.  We stopped in St Ives before Penzance for a few photos. 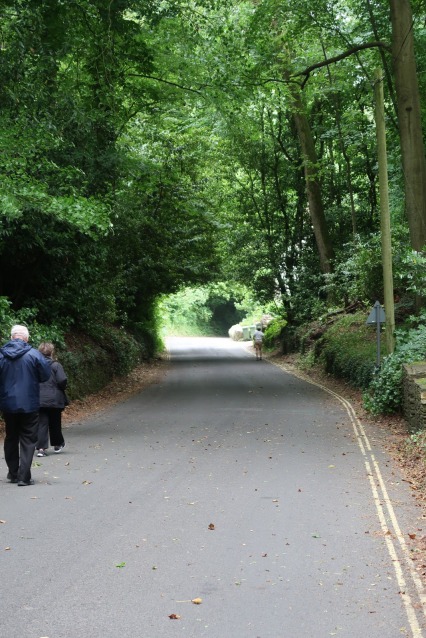 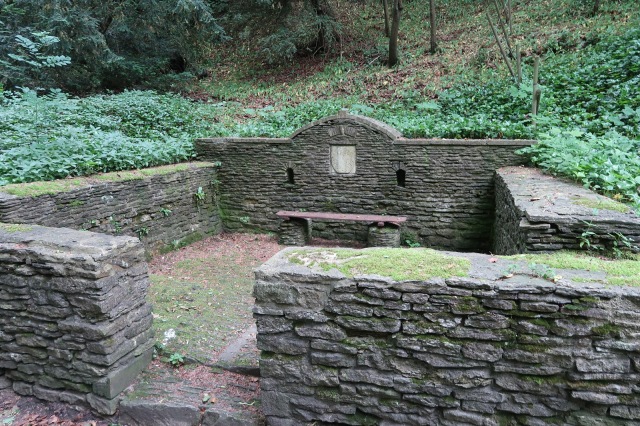 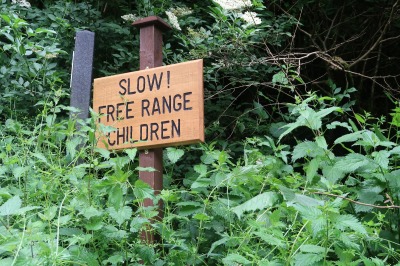 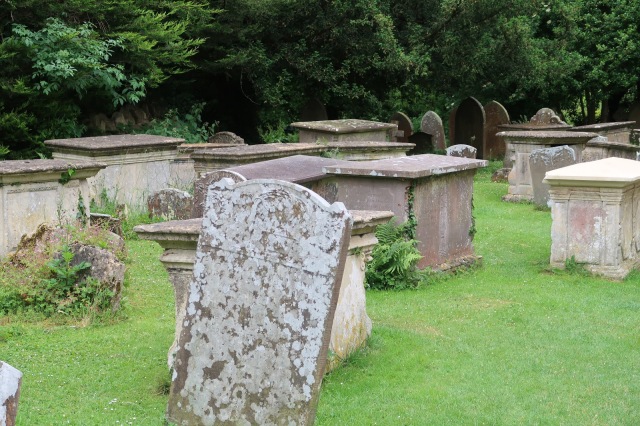 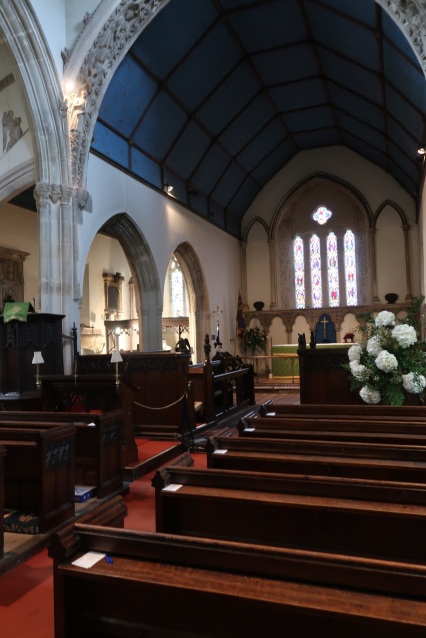 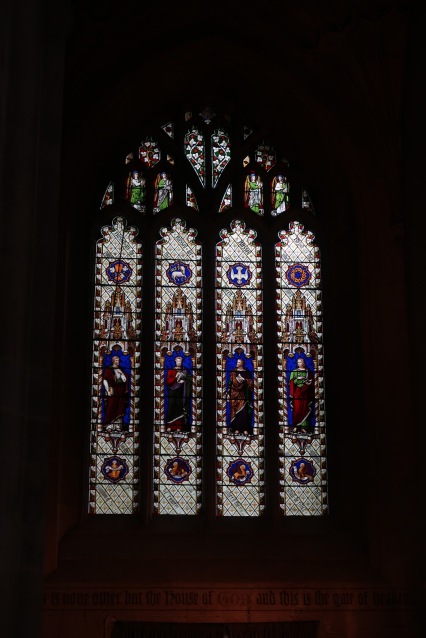 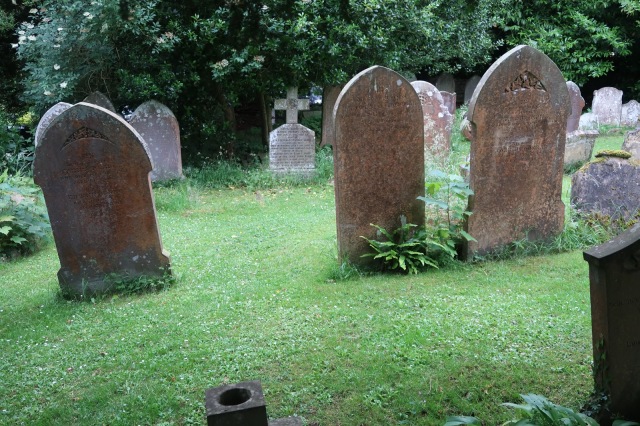 ..then dinner at the Thai restaurant again…soooo   good. 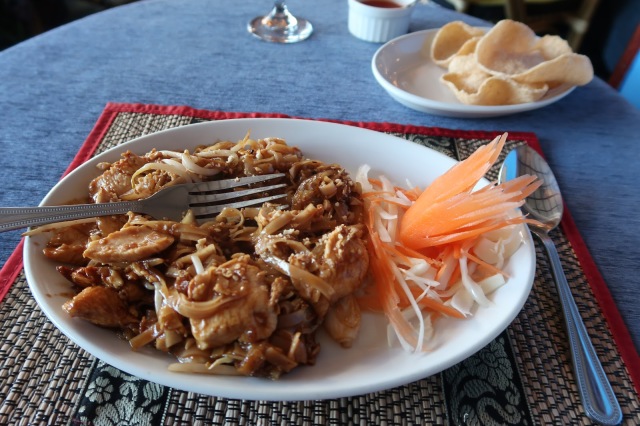