I tried to get my boarding pass for Wednesday bur Inter jet didn’t recognize my Confirmation so I visited a Travel Agent near the library that Hal, one of the Men’s Happy Hour group, highly recommended.  Carmen called the Airlines and straighten everything out for free.
I stopped at the Barrista Cafe and had a great Frappaccino to treat my good fortune then took the bus home.  I was daydreaming when I realize the bus went by my stop and I was now just South of the Zocalo when I exited.  I decided to “Cruz” the Zocalo since it was only 11:30…and I spotted Ron the black man from Zipotite who was going to open a bar there.  Well “Boomer” sign a lease and thinks he will live there and start fixing it up to open by November 1.  He showed me his rough plans and shared his thoughts. I wished him well and started home.  He will name the place “BOOMER’s”, original?

Just as I was exited the Zocalo, Darcy waved me over.  He has just arrived and would drink a couple pitchers of beer before he left.  I joined him for a Suedo..a beer on ice with lemon juice. We caught up and I bid him goodbye until December.  Glad I missed my bus stop.
I finished most of my packing even though I still have another day to wait.  Hector called my taxi for 6:30 pickup Wednesday by Alfredo driving #86.
I overslept!  I thought I had the alarm on Medium so I didn’t wake the building, but it was on low and I didn’t hear it so it just ran it’s time and I woke at 7:30…taxi at 6:30 and flight at 8…I would not have made it…SO  I set the alarm on high got my Temp 3 day pass to drive my car, lined up my emissions station and next door to register the car and hop on the freeway to New River. Click to find out about OUR EARTHQUAKE.  That did wake me.
Bed early , all packed, need sleep…7 hours layover in Mexico City Airport…no comfortable seats and none until you get to the Gate…BUT they don’t tell you what Gate until an hour before!  I hate all airlines.
I made it to Phoenix and Marjorie was there to give me a lift home. I stayed at her house the first night then called AAA to help me start my car.  They were at the car when I arrived. I went up to see my tenants while AAA replaced my battery free of charge. Don and I set a Tee time for golf the next day and I picked up some clothes to carry me through the next few days at Chris’s home in New River then headed for the inspection station where my Lexus passed emissions testing. Then to MVD to register my car and on to Chris’s to settle in , check my mail and see my buddy Larry before he returned to Colorado. There was a surprise birthday party to celebrate his 90th since he was going to be in Colorado on the real Birthday.
The next day Don and I pretended to play golf but after 9 holes we decided a couple beers were in order to parked ourselves at the Clubhouse. He asked about using my car next year rather then driving down and back from Canada. I agreed and we toasted our good fortune and went our separate ways for another year. As we parted he mentioned the refrigerator was not freezing properly.
They left three days later and I got my bicycle and clothes from my friend and next door neighbor Jeannie, and moved back. The garbage disposal needed resetting but didn’t reset this time so I called Gary my repairman to replace it and check the fridge so I could stock in some food.

The bad news was it should be replaced so I started shopping until I ordered one from Home Depot but couldn’t be delivered until Monday, another 6 days. Gary installed the disposal, Home Depot delivered the refrigerator and I stocked it.
Scottsdale Shadows is having all the buildings painted so to be safe I moved everything from my patio into the living room in case they came while I was in Buffalo.
Jeannie dropped me at the airport on her way to work and I arrived in Buffalo around 4 pm Wednesday afternoon.  I drove my rent a car to Helen’s , my travel friend, in Rochester , with a stop at Oliver’s in Batavia to stop in some candy for the grandchildren. 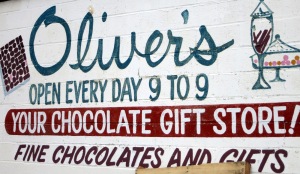 Helen was waiting and we headed for Roux, the new french restaurant that took over our favorite place after they folded.

We had a nice meal and relaxed with a special Absinthe Cocktail.   A group of restaurant were featuring different cocktails in a competition that weekend. 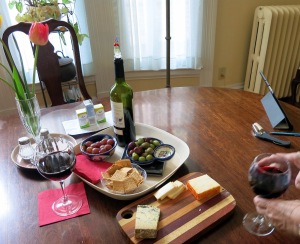 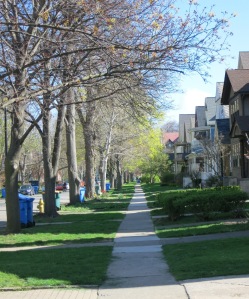 The next day Helen sat out some cheese and crackers for Happy Hour then we returned for another meal at Roux with Helen treating this time.  We stopped at the Old Park Ave Grill…now the Park Ave Pub and had an after dinner libation with an old crowd.  One of them frequented the Grill before it burned down around 1973.  It was another nice day.
I departed, after a nice healthy breakfast, for cousin Helen’s home in Coxsackie.  I arrived around 6 pm and went with David, her husband ,  to nearby Athens to pick up our Fish Fry’s at an new Restaurant where they served Hand Crafted Beer “TO GO!”…They have two liter boxes they put your choice of Tap Beer in and you take it home to drink.  Never heard of that before.
We watched some TV after our dinner and all went to bed. 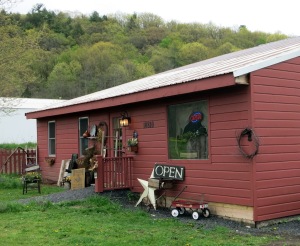 Saturday we visited her brother in law’s wife at her gift shop.  Her daughter Dawn came up for dinner that night to celebrate Mother’s Day at Max’s, 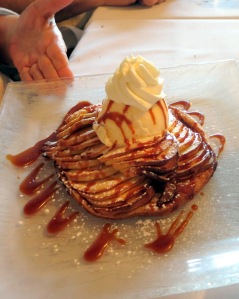 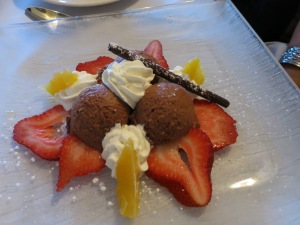 my favorite restaurant in the area.  We had a nice dinner and toast all our Mother’s past and present.
Sunday was a lazy day…I think. 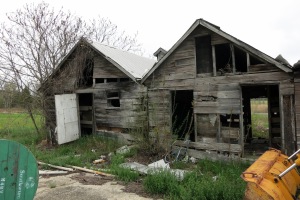 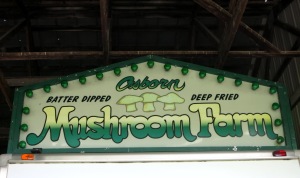 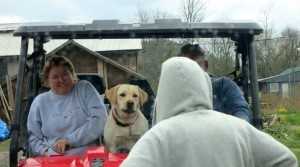 Monday I drove to Lee, Ma. to meet Peter, a friend from Oaxaca that lives in Lee and works the summer at Tanglewood, an outdoor theater and summer home to the Boston Pops.  We had a nice meal at Salmon Run, his favorite, then a walk around the town before returning back to Helen’s.

Tuesday David, Helen and I headed for the Post Office in Rhinebeck N.Y.  It was opened in 1938 with President Roosevelt speaking at the event.  He was an avid fan of stamp collecting and also felt if everyone was going to be visiting the Post Office on a regular basis, they all should be attractive to look at and be it.  We left there and headed for a tour at the Vanderbilt Mansion just down the road in Hyde Park next door to the Roosevelt Mansion.
We had a lovely tour of the home and was now ready for lunch at the Culinary Art Institute near by.  There was only one restaurant open since graduation was that week and things were hectic.  We did have a nice meal but I sent mine back as it was overcooked.  I ended up taking most of it home for Breakfast the next day.
Barbara took off work to spend the afternoon visiting the Thomas Cole House with me.  He was one that started the Hudson Valley School of Landscape Painters and lived near by in Catskill.  We toured the House and Studio then had lunch near the water where the Catskill River runs into the Hudson. 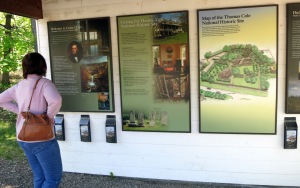 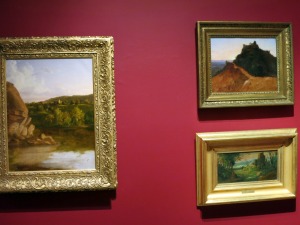 That night I took them all to Vinnie’s for Italian food. Took some of that home too for Breakfast.
We enjoyed that and it was our last get together for some time.

I drove to Batavia the next day and settled in at the Super 8 then off to Alex’s Restaurant for Happy Hour and Twilight dinner of Chopped Steak.
I caught up on my sleep and left the next day for Buffalo where I checked into the Holiday Inn then picked up my daughter at 1 pm for lunch at Panos.  She thanked me for her flower’s I had delivered to her today and was nervous about the graduation tomorrow.  We had a nice chat and lunch then went to see the movie Barbershop that I really liked.
The next day she and Rose met me at the hotel and she drove us to the Campus.  Rose and I took our tickets and found seats where I was hoping to get some pictures of Jennifer receiving he diploma..but later discovered I was on the wrong side.

The graduation dragged a bit with three or four speeches but I enjoyed the excitement.  We met after for photos and Jennifer’s friend arrived to give her some flowers and a card .  She couldn’t attend the service but wanted to take her out tomorrow for dinner.  Jennifer drove Rose and I to Dino’s for BBQ dinner.
I returned to the hotel then checked out the next day after making arrangements to meet my other two grand daughters at Alexis’s home with all 5 the Great Grand Children. Taja was there with Ari and Raini.  Alexis’s children Cordell, Gavin and Howard with there with three others from the neighborhood.  I stopped and picked up a pizza to share.  We ate and chatted while I gave some little gifts I brought from Mexico for the children. Then left for Batavia where I spent another night.

Jennifer visited me the next day and we went to the family grave sites and paid our respects.  The Attica Hotel was open for a nice lunch of Beef on Wick then we returned and said our goodbyes. The following day I returned the car and hopped my flight.  Felt good to be home.