We went shopping, drop laundry, fresh juice and visit to Zocalo.  Then we had lunch at Nuevo Mundo, walked around to ATM, pharmacy, bus home for a break. It was Mexican Independence Day. 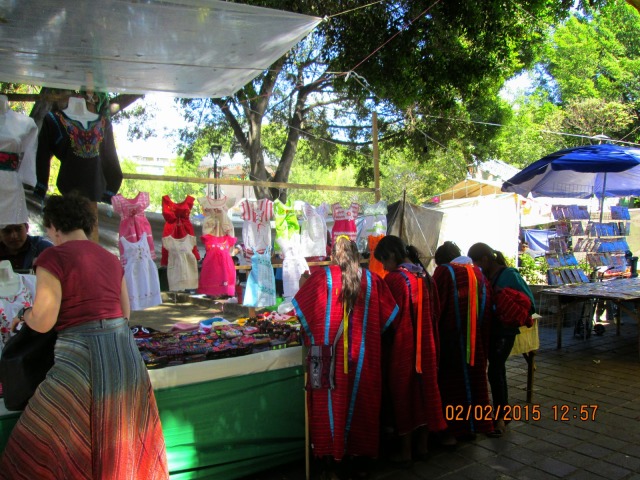 That evening we had dinner at Tres Bistro and saw Saul the Host.  After a wonderful dinner of Salmon we were stopped by a Corporate Boss wanting to know how everything was?  He grew up in Oaxaca, his parents lived here and he was an investor in Tres Bistro.  He explained that for the last 9 months the teachers, protesters and squatters have taken over the Zocalo and their business has gone down so much that they are losing money.

He was there to see if it had to do with the operation of the restaurant.  I assured him it wasn’t.
There was a concert that evening along with a brief play in Spanish near the Santo Domingo church. 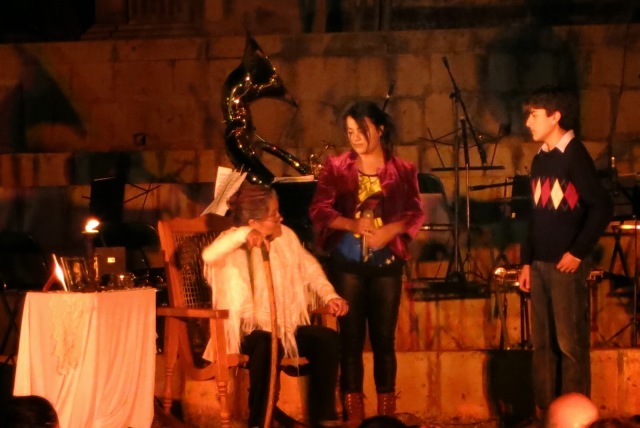 We got bored so stopped into the Casa Oaxaca for Mescalini’s.  Like a Martini but made with Mescal.

Finally we returned home, watched the Blue Bloods and retired.
Tuesday we stopped at the Opera House after breakfast for a tour scheduled at Noon.

It was all in Spanish so I didn’t get much out of it except photos of an Opera Poster exhibit and got back stage as well as the top floor. 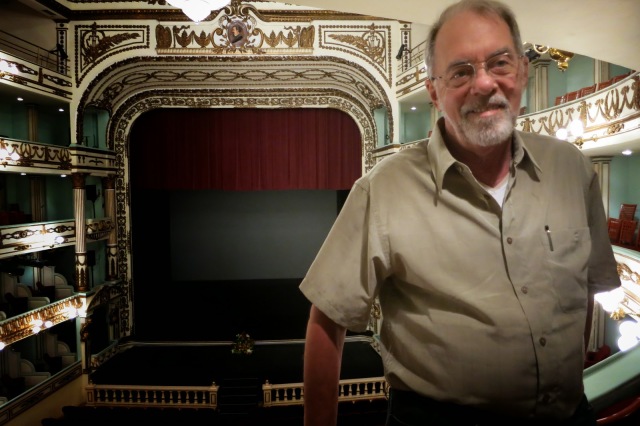 This I missed on the first tour over a year ago.
Tour of the two Main Markets in the Historical Center then home.

Coming through the Zocalo, I spotted Darcy, one of my first Oaxacan friends from Canada that lives here permanently for over 7 years. 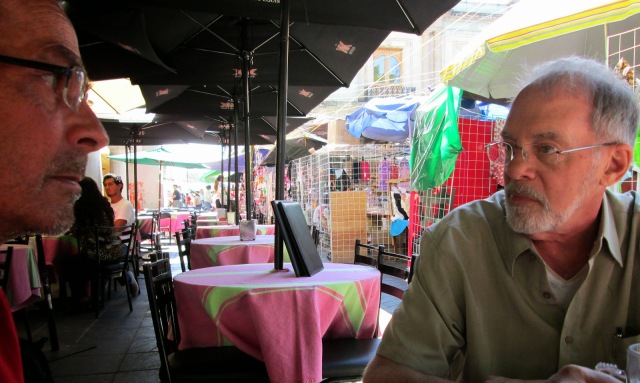 We shared  a pitcher  of beer before returning for Siesta.
A lecture at the library by Bill Humphrey’s was being held at 5 pm.  It was more a slide show of his last 12 years in Oaxaca…entitled..”Why I Love Oaxaca” .  We enjoyed it then headed for Quinque for dinner. 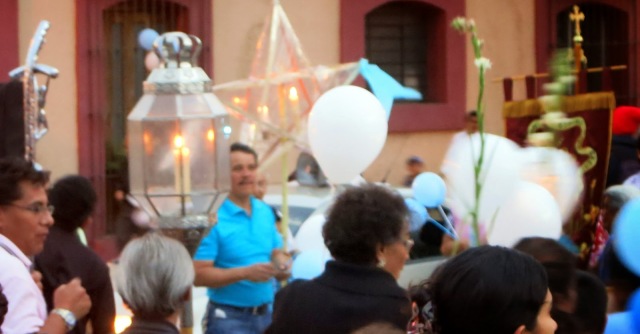 During dinner, a procession heading for the church passed by.  After dinner we encountered them coming out of the church with a band playing Mexican music and young and old dancing.Dia de Candelaria Celebration   Day of the Candles .  We stopped at the Convent to take some pictures.  Full moon tonight. 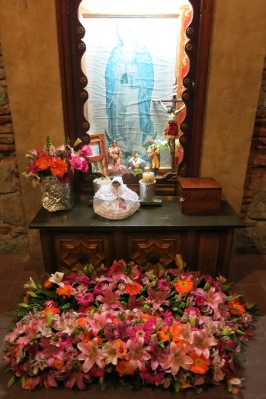 Wednesday was a trip to Monte Alban, the restored ruins of the Zapotec people located on top of the Mountain overlooking Oaxaca. 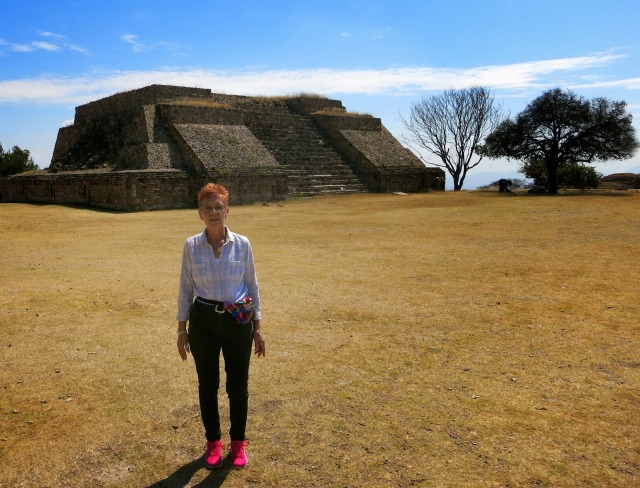 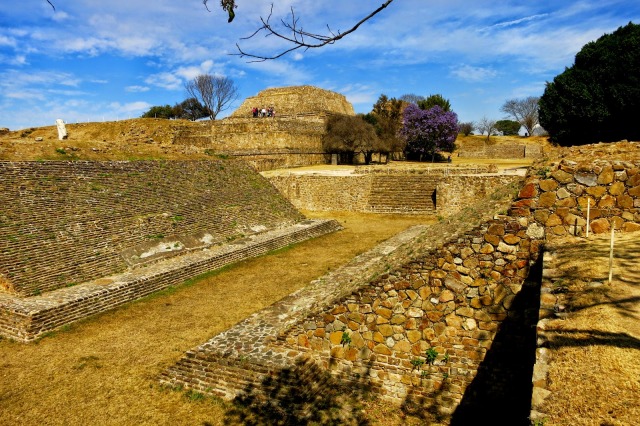 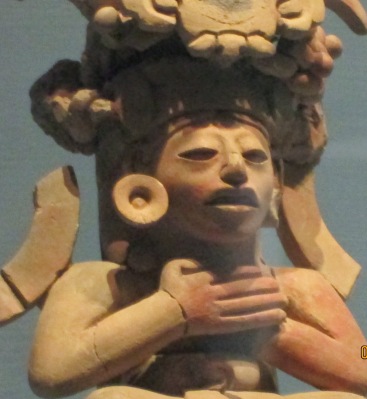 Returning from that, we spotted Darcy so shared another picture of beer.
That evening we decided to stay close to home and have dinner at El Nimbus near by.