I received a reply from Cathi , whom I met in Spain while teaching English together. She was now in Oaxaca.  I emailed her back that I would meet her at a concert in the Zocalo that she was going to attend and left to do just that.
The Zocalo was packed but no concerts, as was the Santa Domingo, and Llano park.  I gave up and returned home to discover she had been with friends at a restaurant Le Jardin, that I passed by, and they all ran late so went home after.  We agreed to meet for Breakfast at a Vegetarian restaurant near Llano Park the next morning.

I returned to the Zocalo that evening for a very nice Steak and Baked Potatoe at one of my favorite restaurants Tres Bistro then came home and retired early. 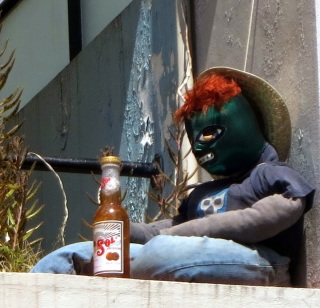 Cathi and I were to meet at 11 am so I arrived nearby a little early to refill my wallet at the HSBC bank and get some copies of my passport, ID’s , etc made just in case.  I ordered a Mexican Hot Chocolate and grabbed a table for us.
She arrived with a friend from Florida and we all had a nice breakfast.  We exchanged histories of the last 20 years since we had met, took some photos, and remeniced about out week in Spain.  They went off to see Monte Alban and I to the Library to meet up with a Tour leaving for San Antonino to visit my last Panteon.

Bill and his brother Mike from Texas were there along with a large crowd of 70 that were joining me.  I donated some money to replenish the money spent for the remodel of the library  to continue with future plans. We boarded the bus.
San Antonino is in the country where a lot of all the flowers for the Dias de Muerta are grown.  Their Cemetary or Panteon has some of the more decortive displays.  We stopped for a nice lunch at a beautiful restaurant in the countryside then arrived around 3 pm at the Panteon. 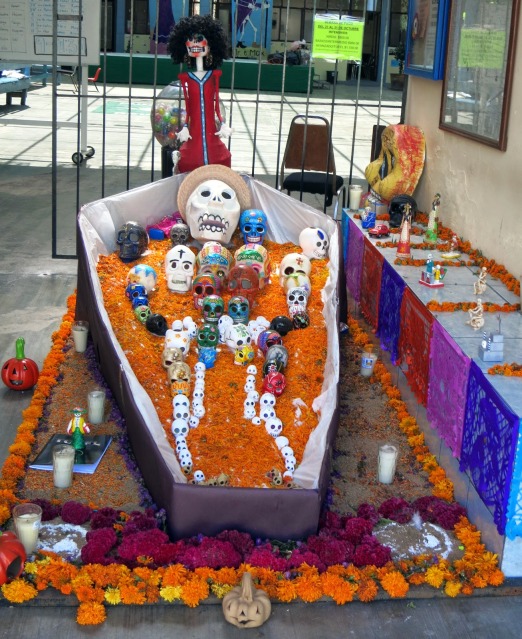 There were a lot of families at the grave sites with their children, music , food , and of course flowers.  It was a festive atmosphere with a band playing outside of the gate, vendors selling Mescal, food, leather crafts,clothes, etc.  5:30 we departed the village and returned home.  The bus dropped me off early with a few others as it passed through my neighborhood.  One of the ladies was going my way.  She lived close by so we made plans to meet again when she was free for coffee and I was home to watch another episode of Orange is the New Black before bedtime. 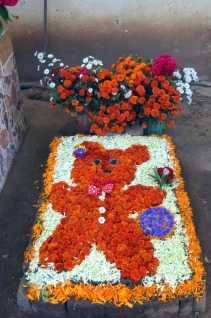 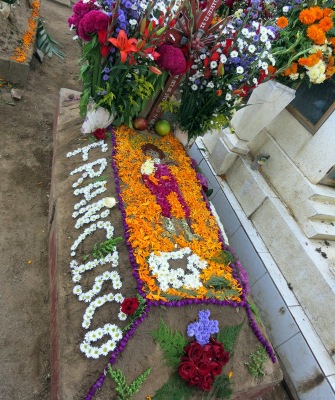 I have NO recollection of Tuesday…it disappeared.  Oh, I just remembered.  It was Men’s Night out.  A group of us from the library bring some thing to share to Casa Charles and have Happy Hour.  I met Steve by the library and we were the first to arrive and the last to leave…maybe that is why I was having difficulty remembering.  Oh… I had a late breakfast at A Sol…a nice place like this that rents studios, and one bedrooms with a beautiful roof top common area and a nice Cafe.

The lady I met that was on the tour emailed me for coffee that morning.  I was waiting for the maid to clean the condo and declined but suggested we attend a Chamber Concert that night.  She was still fighting her cold and retired early.  I too had been working on the computer all day trying to assist my daughter with a letter of reference she needed and also decided to retire early. We agreed to meet the next day in Llano park for breakfast nearby.

I was out of the gate at 9:30 am and got off the bus at Llano park.  I hadn’t seen my friend Hector that runs the News Stand on the corner so paid him a visit.  M, the lady friend showed up shortly after and we had a nice breakfast at the same restaurant Cathi and I met at four days ago.  It was as good as was the conversation.   She had been coming to Oaxaca on and off for I think 5 years.  I admired her language skills. I really have to start listening to my lessons!   She enjoys coffee like me and suggested the place across the street for another cup.  It happened to be one of my favorites and I hadn’t been there yet this trip so joined her. She left for a siesta and I did a little shopping before returning to Los Nogales where I am staying. 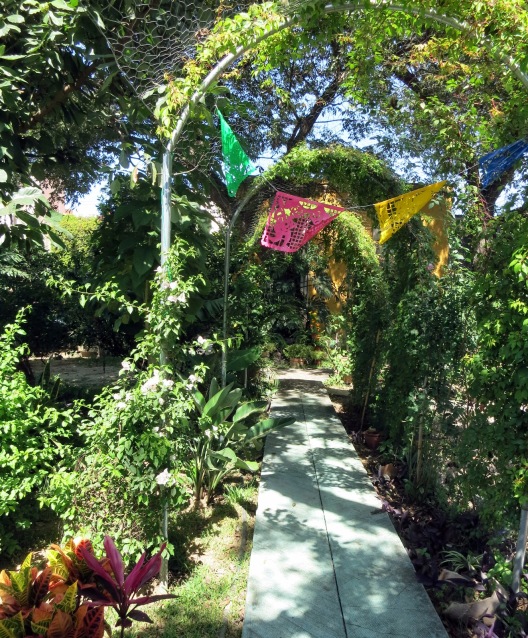 Great start but I fear I still have a lot of catching up to do so am relaxing and playing on my blog site.
There is an Organ Concert at the Bascilica, Cats is playing at the local Teatro, and another Chamber Concert tonight.  What am I doing here?
I took the bus to the Santa Domingo Bascilica 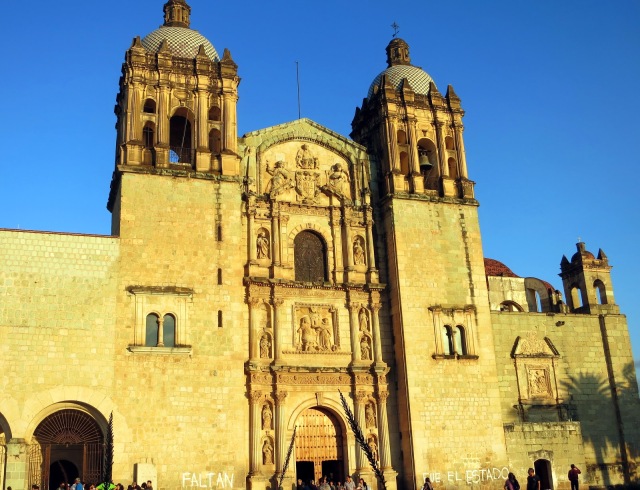 and arrived for the concert at 5 pm but there was no concert.  I went to dinner at one of my favorite restaurants, Biznaga, two of the owners recognized me and came over to welcome me back.  The waiters also.  Me with a beard now!  Must be I left all the same clothes here so I pretty much did look the same.
Great meal and Spanish Wine! I had Breast of Chicken stuffed with Baby Roasted Crickets and Cheese in a Squash Blossom Sauce.

I picked up some nice homemade bread nearby and walked home where I discovered the concert was at 6 pm but still not sure where it was actually held.  Life in Oaxaca can be complicated at times.  This is not the USA but then I wouldn’t be here if it was.

It was a full moon tonight….all over the world. 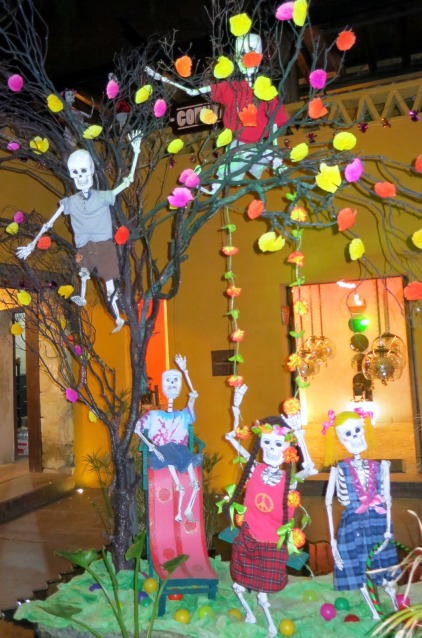