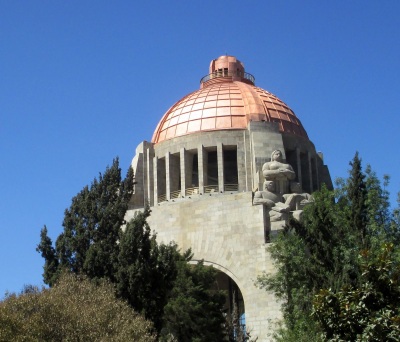 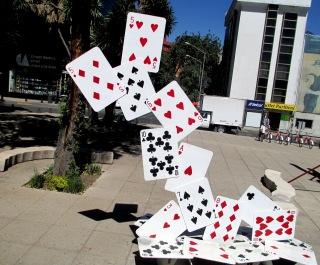 My last day so thought I’d try and catch the On/Off Bus Tour of the City and maybe get off at Frieda Kahlo’s Home to check it out. There were two routes and the station I was at was for route 1.  I had to take it from stop 9, where I was until stop 4 to catch the connection to route 2.  There were 21 stops so I had to ride to 21 then continue back toward my stop and get off at 4.  I thought that was great. I will sure get my moneys worth.
While standing in line I noticed an Oriental with a Cheers Hat from Boston. I asked if he was from Boston and he said his work has him traveling 60% of the time so he got the hat on a business trip.  He lived and worked out of Singapore.  I mentioned I was in Korea and China last September and had hope to get to Hong Kong but never been to Singapore.  He said he had worked for 8 years in Hong Kong for Motorola.  I said I was from Phoenix and knew a lady that worked in Hong Kong for Motorola.  He worked for her and we exchanged names to say hello for him.   Small world.
I rode through all the stops on the roof top where I could take photos and get some sun . I departed at around 10 a..m. and by 1 p.m it was starting to get hot and I was still a long way to my connecting stop.  It was interesting but I never got off to see anything as my goal was to get the connection and see Frieda Kahlo’s Museum House.  We finally arrived at the connection but it was already 2 p.m.  I would have had to do the same thing on route two to get to her house and none of the stops were even close to where I got on.  I would have had to wait until the end and get off at the connecting stop and get back on route 1 bus. It would be 9 p.m. by then and the Museum closed at 5 so I doubt I would have 1/2 hour there. 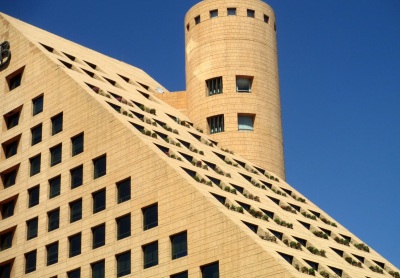 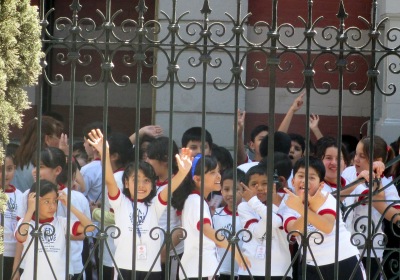 I decided to stay on and go to my starting point.  The traffic now was at a standstill so I moved to below where I could at least get out of the sun.  I could have got out and walked faster but was hungry and tired so stayed put.  I looked on the map to see if there was a subway stop close that I could exit and walk to.  They only let you out at their designated stops so I just staid put.  Finally at 3 p.m. I got back to where I started and headed for the hotel to get my boarding passes printed.
They wouldn’t do it but gave me a buddy pass to the Holiday Inn down the street to use their computer and printer.  I did and they were very gracious and helpful.  I was hot and sweaty so changed my idea of just wearing the same clothes while traveling tomorrow.  I took a shower and changed then repacked.
I lost my newspaper on the bus so stopped at Starbucks to pick up another. I didn’t dare have coffee as I sleep light enough before a flight. I ordered some Mango smoothie but after about 10 minutes they advised me they had none so I had the Raspberry.  I got the newspaper and went to the outside terrace to pick up where I left off when I realized this was in Spanish.  I went to the local news stand and bought today’s even though I would have gladly payed double for yesterdays…it had all the Oscar results.  I returned to Starbucks and finished my smoothie while relaxing over the world news.
Hungry as I was, I headed for a nice Cafe where I’ve seen a lot of Mexicans lined up to eat.  I had the Comidia which comes with Soup and a Beverage. It was alphabet soup…I felt like a kid.  The Chicken plate looked great but it wasn’t.  They precook the Breast and refrigerate them then when a order comes in they cut the breast in half lengthwise then into quarters and place it on a plate. They add beans with cheese on top, Rice with some carrots and peas, and pour a tomato sauce with vegetables over the chicken and put the whole thing in the oven to warm it up.  The plate, rice and beans were fairly hot but the chicken which was cold to begin with was still cold to warm.  I ate it, paid and left. I had to have an ice cream to make up for it.  I decided to get healthy and had a yogurt and fruit instead then retired for the night with a wake up call at 6:30 a.m.
The State Dept issued another warning to be at the airport 3 hours ahead because of increased security due to a threat.  My flight boards at 9:10 so I’ll get a cab at 7 a.m. and be at the airport at 7:30 a.m.  If an hour and a half isn’t enough…I’ll head back to Oaxaca. Meanwhile I hear what sounds a lot like machine gun fire outside my hotel.  I opened the window to look out and no one seemed to notice or care.  Must have been a jackhammer but not like any I’ve encountered.  The noise is going off into the distance like a car chase…I’ll find out in the morning. It must have been a lot of fireworks because shortly after and huge crowd was marching down the street shouting something that of course I don’t understand.
It was a jackhammer and continued after the  protest.  Just as I was tucking myself in a Bossa nova band started playing across from the hotel.  You could hear the drum beat echo through the canyon of highrises and into my window.  It was nice for a while then they stopped. I thought the hotel reported them waking guests but 20 minutes later they started up again .  It was just a break.  I finally dozed off to wake at 6:15 a.m. and was at the airport at 7 a.m. We left at 9:40 and now in L.A.X, for a 3 hour layover.  It is Noon. I will be glad to get home.  Trip is over….till next time david