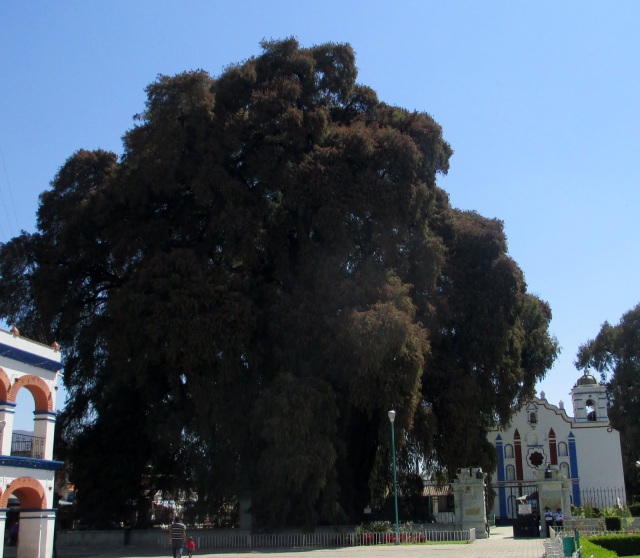 The driver picked me up after breakfast and drove me to a drop off point where I boarded a Mini Van with a German couple and their sister all living in Toronto.  There was another Frenchman that lived in Geneva and spoke fluent English, Spanish and French.  The rest of the group were from Mexico.  Our driver and guide, Moses, had worked in Restaurants in Tempe Arizona and was also fluent in English, French and of course Spanish. 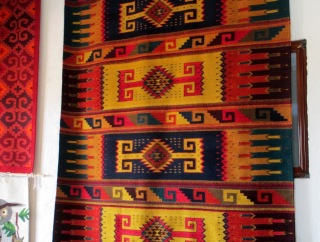 Moses took us to the world’s largest (diameter) tree.  A 2000 year old Cypress tree that humbled us all.  He explained there are trees older 4000-6000 years…but not in Mexico.
We moved on to a Zapotec village that specialized in woven tapestries, rugs, purses, etc. Our host, the owner, explained they bring the raw wool from Spain, spin it into string, twine, thread , then dye it with pomegranate, cacti, acacia, turmeric, marigolds, etc…quite fascinating. They “fix” the dye with salt and vinegar.  The women do the preparation of the wool and thread but the men do the dying and weaving. 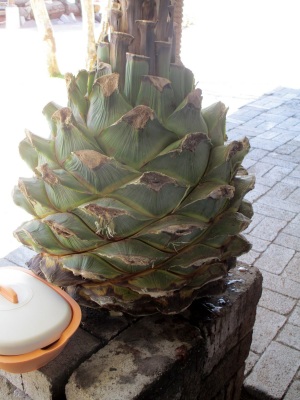 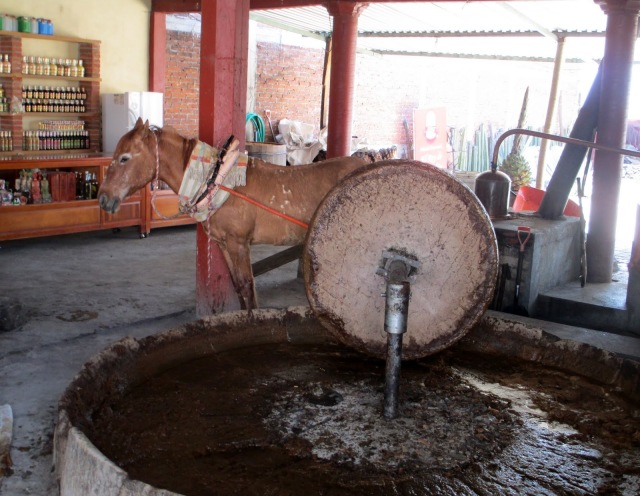 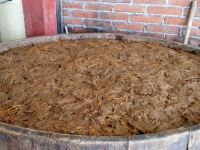 Moses took us to “Happy Hour” at a Mescal factory across the way where we watched to Agave Cacti harvested, then roasted in a kiln, boiled and shredded, pulverized and fermented to the final product that may or may not be aged in barrels for up to 8 years or more.  We drank lots of samples and I bought a bottle.
We moved on to Mitla.  A village dating to 600 AD that was both Mexteo and Zapotec tribes. The temples were well preserved and the village still thrived today. 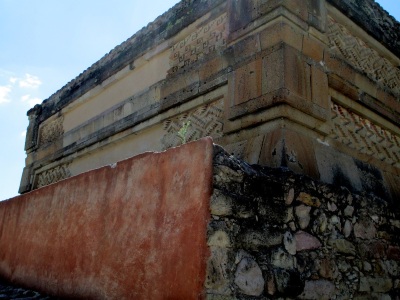 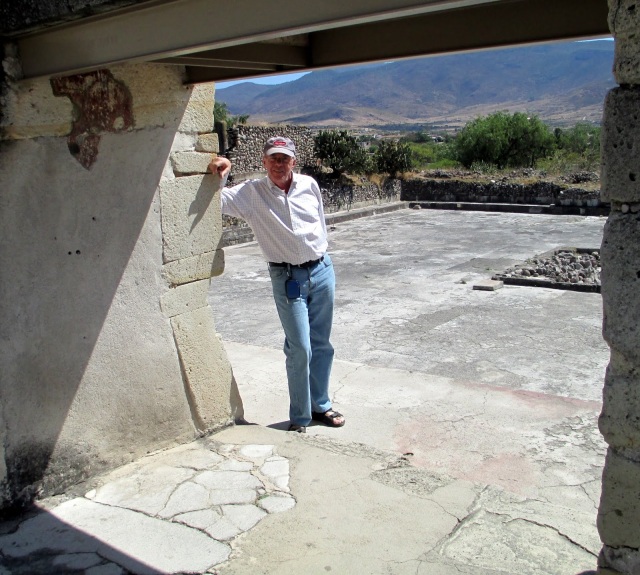 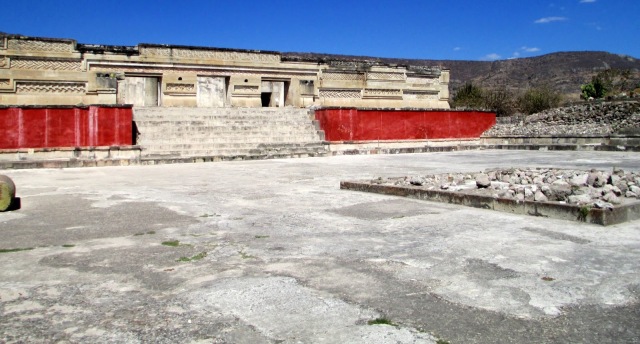 Moses drove us to a restaurant where after lunch, the group split for the second half of the tour. Some went back home while the rest of us went on to Hierve El Aqua in San Isidro Roaguia Park. 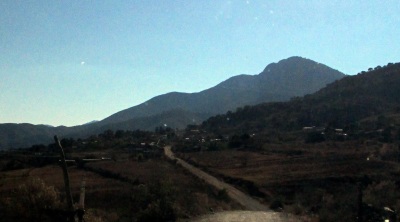 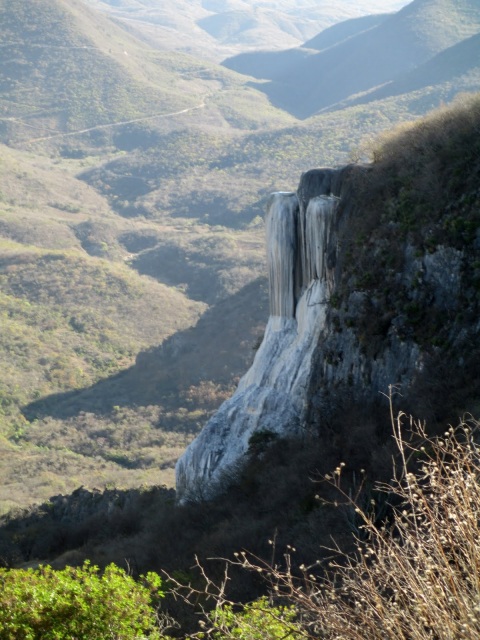 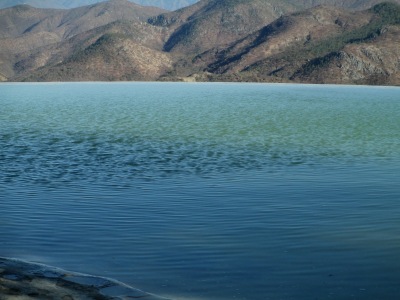 The drive was long winding mountain roads that reminded me of Jerome Arizona except steeper and much higher.  We rose to over 8500 feet altitude and ended up on 10 miles of rough dirt road through very poverty stricken villages to the entrance of the park.  We had to climb down to the waterfalls.  It had lots of calcium, limestone, sulfur that formed into a stalagmite formation as it flowed over the edge of the cliff.  The Frenchman wore a bathing suit and took a dip in the pool! I was impressed.

My challenge was to return up the hill.  I took pictures then started out early to start the climb. It took about 15 minutes down and about 30 minutes back.  I was gasping for breath when I reached the top but no cramps or pain in my legs.  I think all this walking everyday has got me in shape…somewhat.  I was proud and felt good…still gasping for breath.  I drank a bottle of water then had some Nieve (fruit sorbet) while waiting for the rest.  It was a long drive back and darkness had set in when I arrived.
Moses dropped me in the Park and I stopped into 100%  to have a glass of wine and a sandwich.   Paul was sitting on the patio when I walked into Mariposa so I treated him to my Mescal.  He checked on the use of a pool at a hotel he was checking out.  The owner said for $150 Pesos a person could use the pool but not it the hotel was full .  I thought it expensive. Paul lived in Cuernavaca before and said they had lots of pools and lots of water.  Oaxaca doesn’t have that luxury. We talked a bit then retired. My bed shrunk along with my room.