Skip to content
Well I did get a nap but never returned to the Palace…it was around 6 pm when I ventured out so took a different route.  Crowds of people were out strolling the pedestrian streets.  It was like Barcelona on the Ramblas I ended up in at the Palace Belle Arts…a beautiful Art Deco building with a line a mile long awaiting admittance.  I have no idea what the event was but the Theater must be one of the finest because the building is.  These people were dressed in their finest.  There was a VIP entrance for, well VIP’s.  They were going in with no problem. 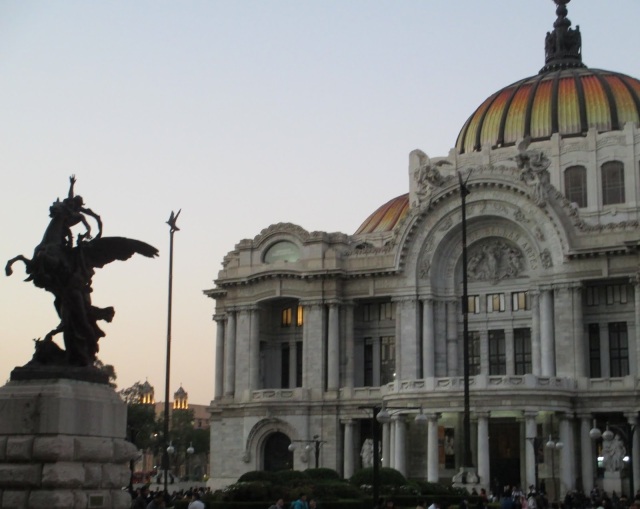 I walked the park next door then on the way back I noticed the line was longer and the door was still closed.  I wandered around and almost got lost as darkness approached and very few street lights.  I stopped in a restaurant for some delicious chicken enchiladas and a beer.  There I met two blokes from England that were touring Mexico and staying at my hostel.  They were returning to Plymouth in a couple of days and had been up North of Mexico City for about 3 weeks.
I finally found a tour company in the Hostel and booked a trip for Friday, my third day in country.  I was  headed for one of the major Pyramids.   I was to meet the mini bus at 9 am so after a shower I had a light breakfast and went to the Cafe for my Latte.  Not open…I went outside and the streets were pretty empty.  A lot of street sweepers.   People headed for work but few cars or traffic and all the shops closed.  I found a McCafe that was just opening.  I ordered my Latte but they couldn’t change a $200 Peso bill ($20) at 8:15 am.   I had to wait 10 minutes while they went to the office to open the safe.
I noticed a Platoon of Policemen marching in formation down the street.  Their Sergeant assigning them to different street corners or subway entrances, and parks along the way.  There are police, private security and federal troops everywhere!   When the businesses do open, there is security posted in and one outside the business.  The one outside carries a rifle, pistol, or an  assault weapon. Armored vehicles pass in the street with soldiers in Riot gear.  The main square the police wear body armor , with helmets and shields.  Makes me feel safe when I see families with their children.
Security knocked on my door to let me know Fernando arrived to take me on the tour.  We stopped a few places then picked up the last of the crowd near the Zocalo  where I paid the cashier .

We stopped at a tourist shop and saw how the Agave plant is used to make cloth.  How the cloth is dyed with flowers and limestone. Then , of course, they make Tequila  and Mescal for us to taste. 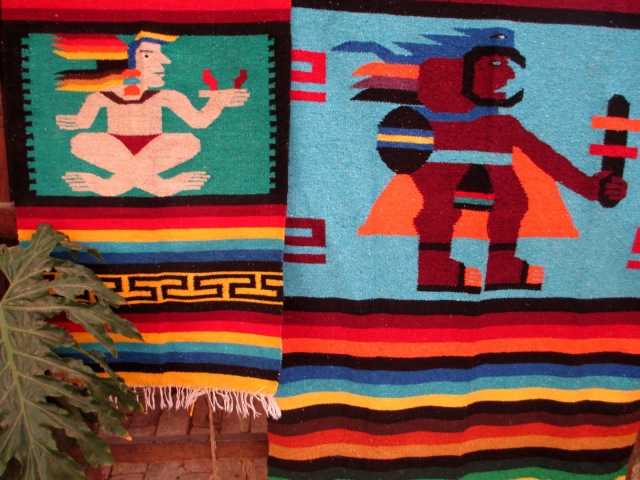 We then had lunch and after were transported to Teotihuacan for a brief tour and two hours of free time to explore the city.  The is a civilization BEFORE (600 B.C.) the Aztecs, Mayans, or Inca.  It is called the City of the Gods because no one knows anything about this civilization.  When the Aztecs discovered their Temples, they inhabitants were gone so they believed they were Gods from heaven.  Later they speculated they were starving and a civil war broke out and they basically killed each other and the survivors died of starvation. 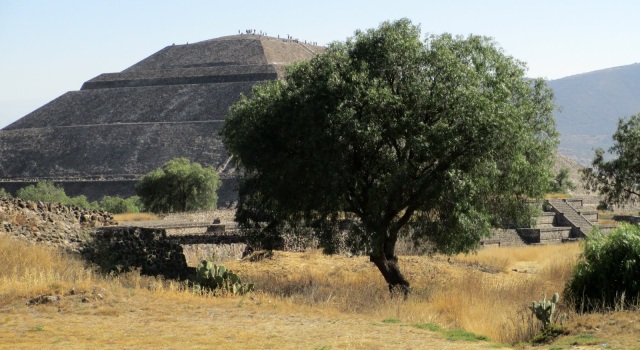 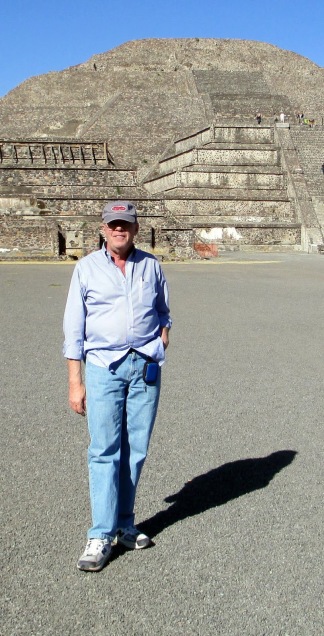 We returned home around 6 pm and I booked another tour for my fourth day, Saturday to Cuernavaca and Taxco.  Octavio later had to change the tour to Monday so tomorrow I get to sleep in and return to the National Palace to finish taking the photos I lost my first day.