I had breakfast then went to Starbucks and had another breakfast while searching for Chocolate to bring.

I thought he was just joking but when I returned for the Noon start of my first SMA Domino’s game I saw FOUR boxes of those Roko Akor or whatever.  Rich large hunks of Chocolate loaded with crisp nuggat filling. We had five of us guys..Richard, Don, David, Bob, myself and two French ladies Genvieve and Jacquie I think.  We sat according to the draw of the Domino’s.  I was in between Richard and Jacquie.  It was a great group of fun 65 and older…mostly over 70 except for me and Jacquie.
We played until around 2:30-3 pm when Don broke out trays of meat and cheese for sandwiches with his homemade Bread and Butter Pickles and bread for sandwiches.  There was a large bowl of fresh fruit consisting of Papaya, Pineapple, Mangoes, Grapes, and Bananas.  I was doing good until the last couple games I fell way behind but Richard was last which gave me a quiet inner satisfaction.  It seemed the two ladies were in the lead.  We had shared a joint or two before eating so the Chocolate was offered when we started the second half of the game.
A few more joints went around the table and I was starting to have a hard time concentrating on Domino’s.  The repartee going around the table was mostly directed at Richard with his occasional remarks.  When asked why he was taking so long he replied something like it is a philosophy of mine.  Jacquie queried “You have a Philosophy” and her and I started laughing and we couldn’t stop.  It went on like that until the end.  Richard took it with good humor.  Though I placed second to last, Richard placed last though it was only by a few points.  Genevieve won with Jacquie second and we all enjoyed a really, really delightful fun afternoon.

Still hungry I offered the other David a drink if he would join me at BERLIN for dinner.  He had the steak and I the Bratwurst.  The meal was excellent and we got back around 8 pm so I could get to bed early for my 10 am bus ride to Mexico City.

I was up by 8 am and woke abruptly in a cold shower.  I had my usual, fruit, All Bran and yogurt before bidding Don goodbye.  I caught a Taxi right away and was at the Bus Station by 8:45.  I took a nap on the bus.  The bus had to take a detour because of construction so we didn’t arrive until around 5 pm.  Mexico has stands in all the airports and bus stations that you have to stand in line in to get a ticket for a Taxi. 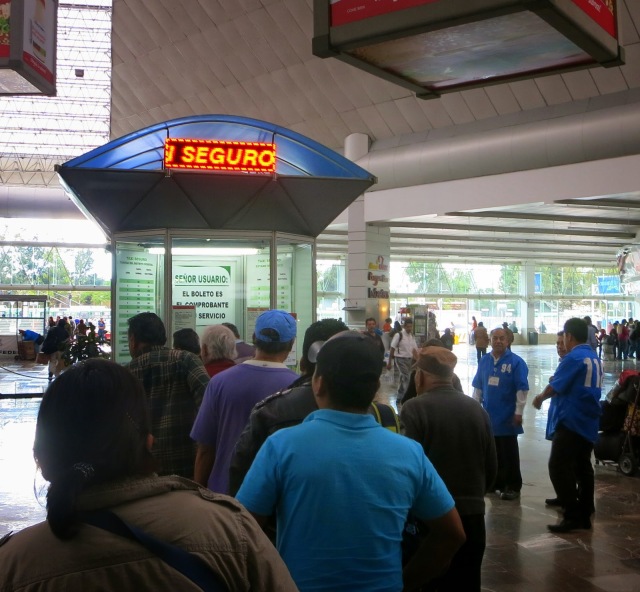 Then there is a line of these “assistants” that take your bag, then you follow them to the line of taxi’s waiting outside.  They open the door for you, you tip them and then you give the ticket to the driver and takes you to your destination.  Why you can’t just go out and get in a taxi is beyond me!  The station was the Central Station North so the taxi ride into the center took almost an hour in the traffic.  My room was waiting and the Hotel had full occupancy.  I went out for Sushi and Beer then retired early.
I had a nice leisurely breakfast at Starbucks then sat around the hotel room playing on my computer while finishing my coffee. 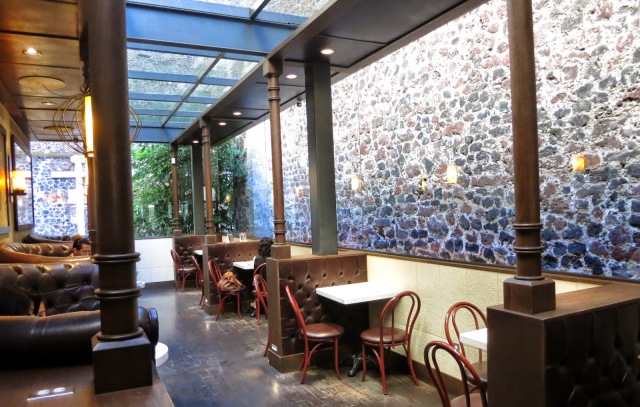 Check out time had a taxi waiting and I was at the airport for a 6 hour wait.  It was boring but I was in Oaxaca that evening around 8 when I got to my condo. Felt good to be back but my body didn’t.  I think I caught something.?