Skip to content
I was hoping to get a bus but when a cab went by I hailed it to be sure I didn’t end up walking at that hour of the evening.   I arrived 45 minutes ahead of schedule and a bit high from my “Special” Pancakes I had prepared earlier to help me sleep on the bus.

I finished them in the back seat of the cab and by the time Richard arrived with our tickets I was nodding out.  The bus boarded shortly there after and I was asleep as we pulled out of the station.  I woke once to use the toilet then it was daylight and we were in Hualuco at 8 am with the next bus leaving at 9 am for Puerto Escondido.

and we saw little until we arrived in P.Escondido around 10:30 to check in to the Hotelito Swiss Oasis across from one of three or four beaches.

It was nice to be near the water and enjoy the sounds of the surf.
We went to the beach and walked along exploring the restaurants and looking for SEAFOOD.  We researched the popular recommended restaurants, made a list then headed out to check them out.  Our first was a taxi drive to the outskirts of town on a peninsula overlooking a Cove where there were a lot of swimmers enjoying the calm Cove water.  Lots of places have strong undertow and few people risk it.  Others are Surf Meccas with beach bums everywhere.  We arrived during the hotter part of the season so it wasn’t packed with tourists but not empty either. 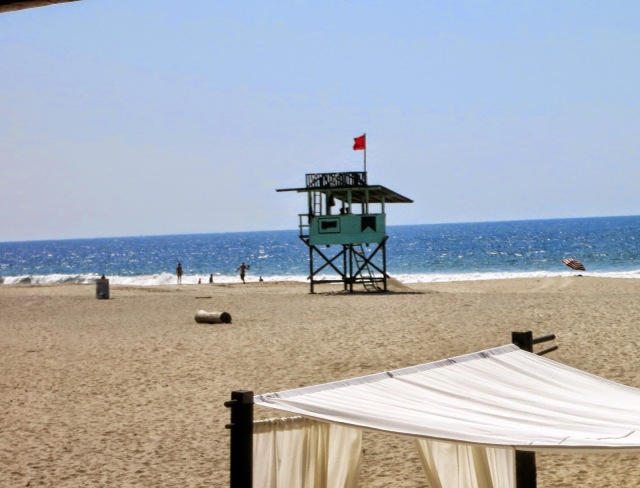 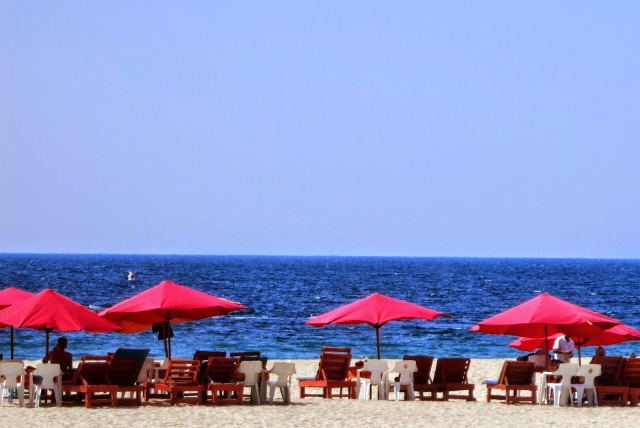 The Menu at Epherin on the hill as well as the view were impressive. 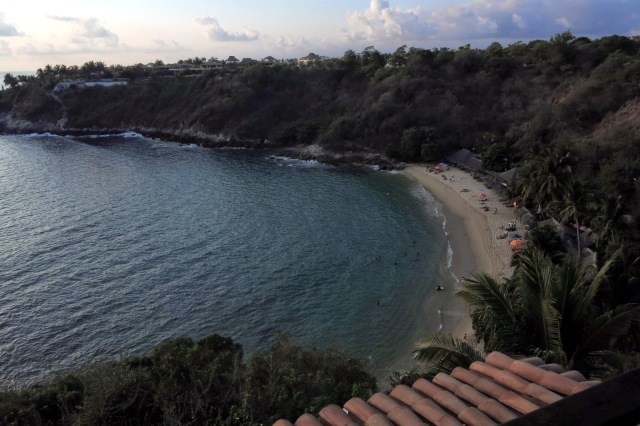 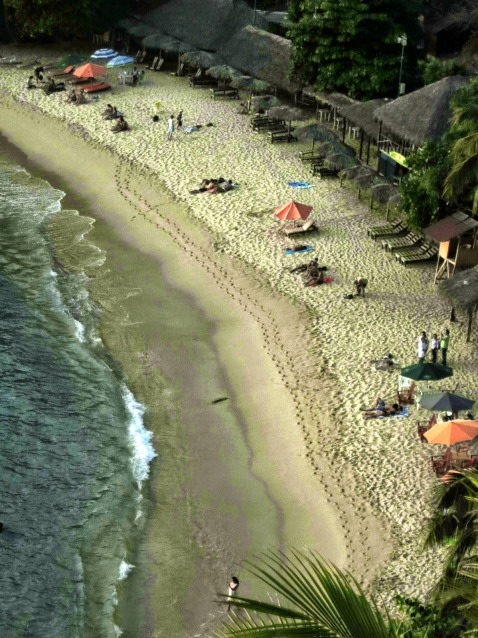 We decide to try the Mahi Mahi …Dorado as the sunset and we finished our first Margarita…impressive also. 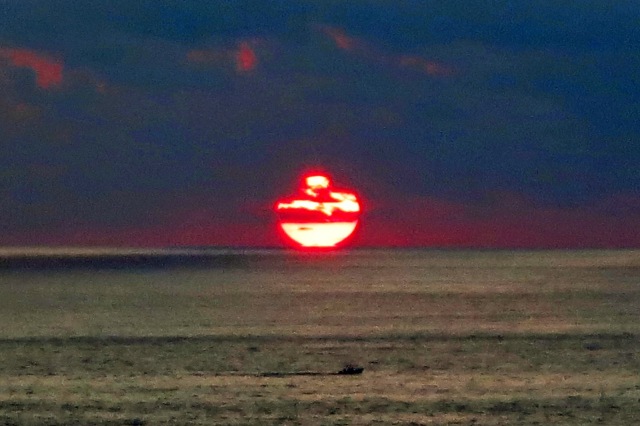 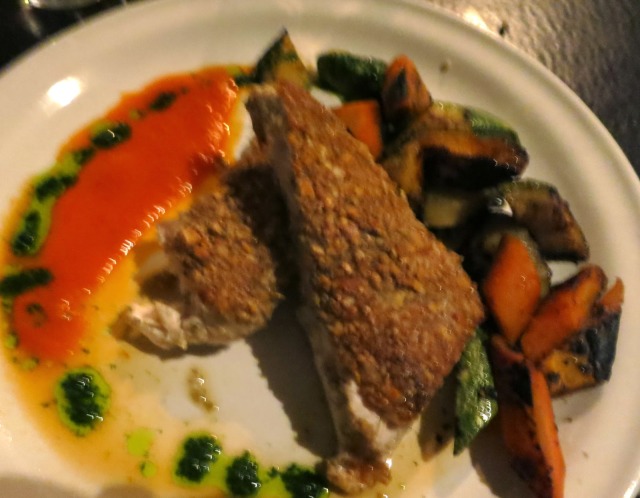 We stopped on the way into town to checkout another beach area and walk around.  Crotos was another recommended restaurant so we stopped there for after dinner drink and lemon pie for dessert. 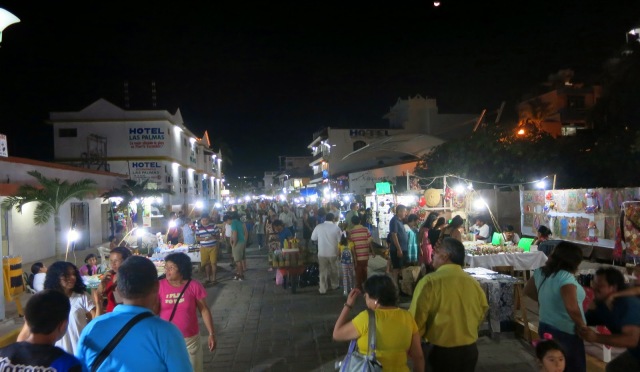 Most of the day was spent lounging around the pool, having Breakfast and lunch and planning where to eat dinner.  We were there to get a feel of the area so we could return next year in December or January for a week or two.  So far the restaurants were batting a thousand.  Very good and nice prices and a great view! 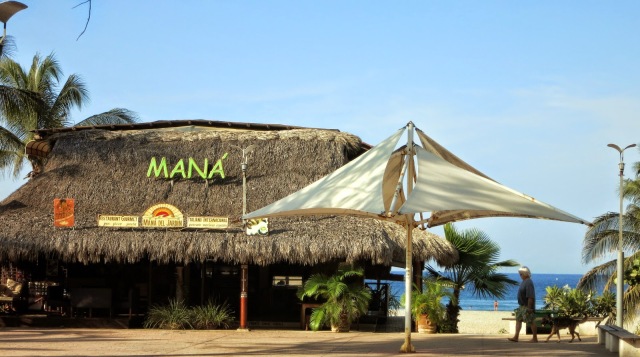 Our second night we picked Pasquale’s, owned by a French Chef that came VERY highly recommended …and for good reason.

Tables set up on the sandy patio near the Marina under the stars gave a comfortable ambiance to the friendly establishment.  A duo from Italy were playing and singing mellow Spanish jazz type songs. 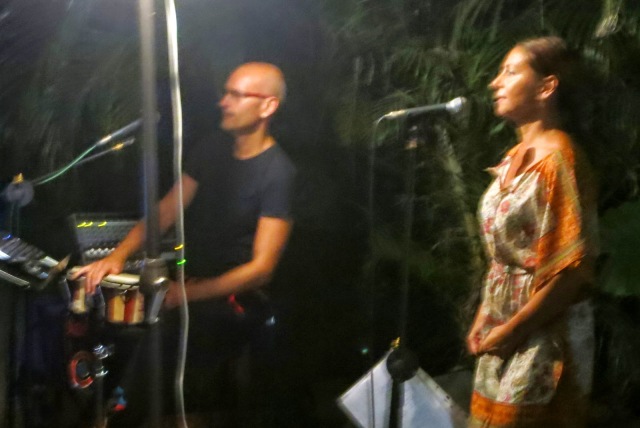 Andrea y Sabrina They were outstanding and played there every Wednesday and Sunday evening.  Saturday they played at Epherin , where we ate last night.  We both had the fresh Yellow fin Tuna Medium Rare with delicious roasted vegetables and some Special Potato dish as well as Chef’s Teriayki sauce for dipping.  I ate it before remembering to photograph it.  We had additional entertainment too.

Topped off by some Grand Mariner and a Chocolate Mouse that was excellent.  Richard had the homemade Ice Cream with a fruit Coulis.  Neither of us could remember a dinner this good in a very long time. 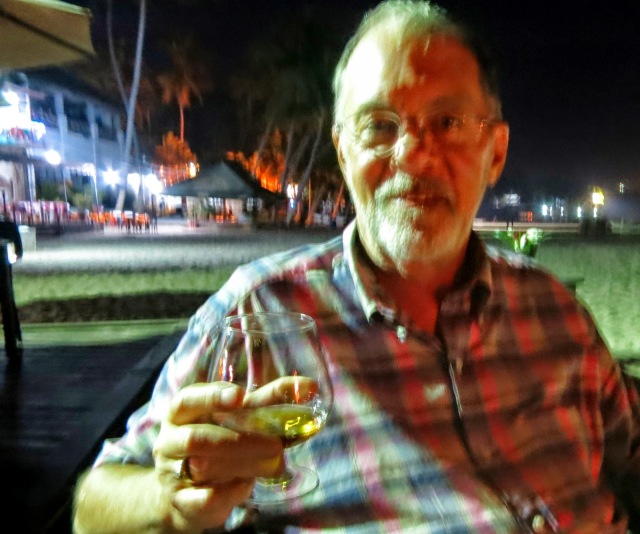 Our third day was spent running around trying to get Money and return Tickets for our last day.  I didn’t bring enough cash and didn’t expect NOT to be able to pay the hotel bill without my Credit Card which they didn’t accept and was not an ATM Card.  Richard used his at the Bank Monday after breakfast and we found our Van pickup point and ticket counter. Richard paid the hotel bill and after lounging around another afternoon by the pool we headed out for Santa Fe Hotel for dinner. 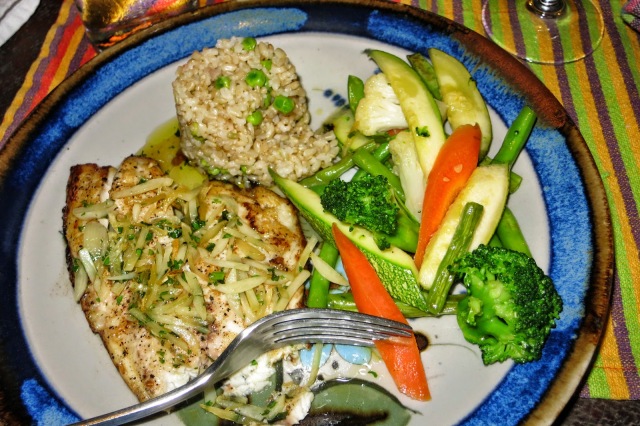 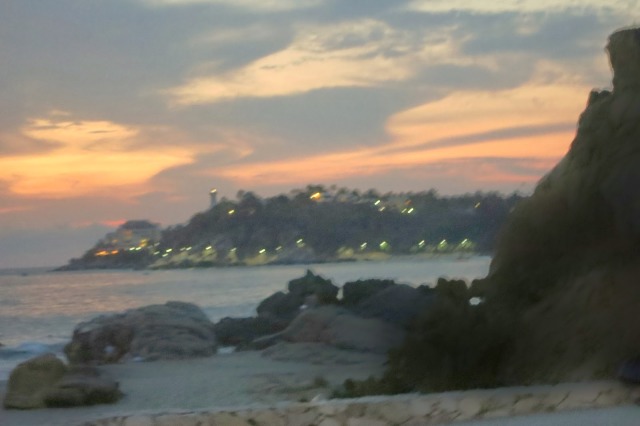 The  view was great there but the food, though good, paled to Pasquale’s Restaurant.  We were ready to return and retired early that night.
The last day we took a taxi to the station right after breakfast and packing.  Some pre-made convenient store sandwiches were packed for lunch on the way.

Three hours after constant in and out curves and switchbacks, up hill and down…mostly up and up and up…we stopped for lunch.  The Sierra Madres are impressive, steep, and daunting.

Then three hours later, we stopped to figure out how to get around the Oaxacan Protesting Teachers Blockade? Dancing in the Dark We were fortunate to have a very knowledgeable driver, who after driving down a bumpy dirt road , through a farmers field, and seeming into no where, brought us into Oaxaca and dropped us at the end station.

We each took a taxi home. I got off at El Nimbus restaurant.  It was past dinner time so after a bowl of New England Clam Chowder I had Spaghetti Rose with Chicken .  Both were excellent and surprised me. 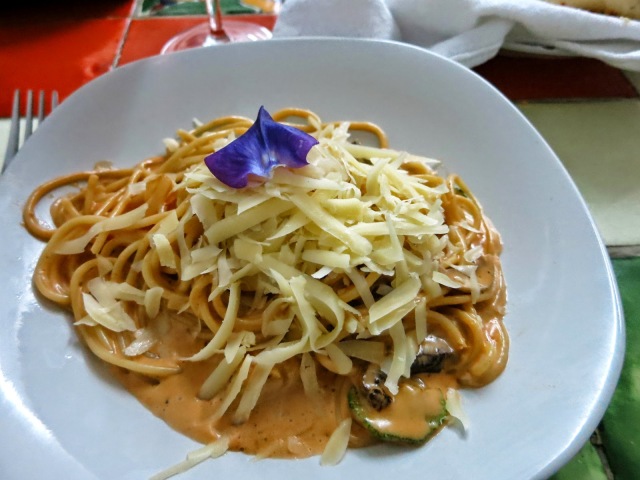 I slept well that night.