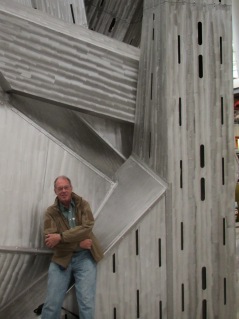 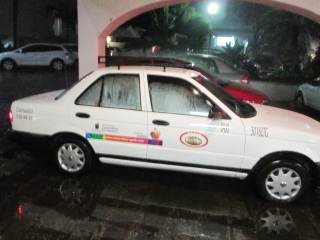 Marjorie, my friend, was coming along on the trip to Oaxaca to study Spanish in an on going effort to get into the heart of Mexican Culture and assist the people of the community in any way possible.  We arrived in Mexico City on the 28th of May and took a bus from the airport to Cuernavaca where Marjorie brought her children to live when they were adolescents. All of them left a year later with the ability to communicate well in Mexican and with an understanding of a culture different from the one they left and the one they returned to.

We arrived along with Hurricane Helen or Barbara depending on their mood. It was dark with LARGE bolts of lightening and HUGE claps of thunder.   We took a taxi to the residence of neighbors and friends of Marjorie and her family over 25 years ago.  Her son was with the brother of our Host just a couple years ago in South Africa for the World’s Cup.  They magically reunited there by happen stance. The daughter came down to Mexico a few years ago to attend a wedding of one of the Mexican family.  We were not to meet anyone that night.  We were at the address but no response so after a quarter of an hour and floods coming out of the sky into the streets, we decided to try and find a hotel.
The taxi driver couldn’t see out the window and traffic was blocked and backed up at every intersection.  I helped wipe the fog of the window so the driver could see while he navigated through the water and traffic to a nearby hotel.  We were happy to get out of the rain after a whole day of travel from Phoenix.  We retired right after they opened the kitchen to feed us some ham and eggs.
I awoke to an empty room.  Marjorie showed up with coffee to announce she was off to the pool for a swim.   I returned to the bed and sleep.

When I did awake, I opened the drapes and doors to a beautiful patio and sunshine.  We were on the side of a mountain with lush green foliage around a lawn with colorful plants and flowers everywhere.  Ah…Mexico.  Marjorie was in the pool below and came up when she saw me.   She called Gerardo, her host and left a message.  We returned and found a bell to ring.  Gerardo  apologized after hearing our story and showed us to an two bedroom apartment on the second floor over him and his live in girlfriend.  He thought we were coming the next day. 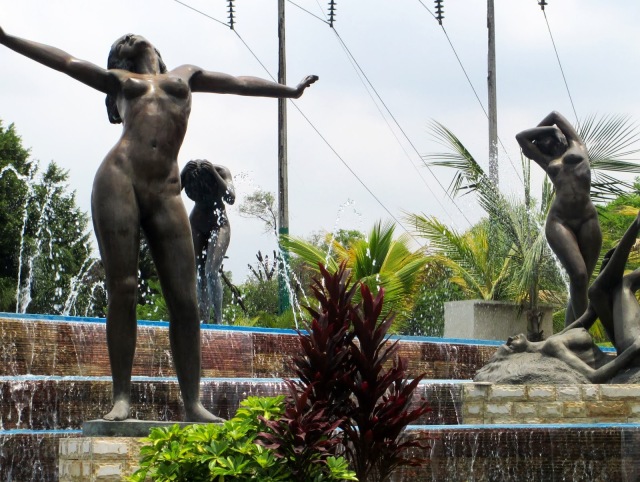 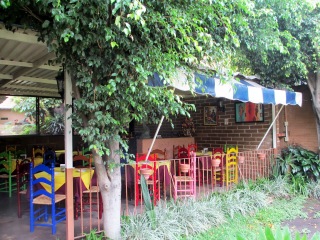 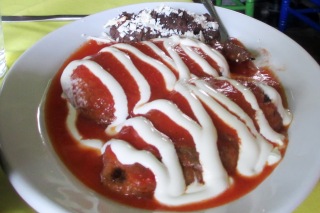 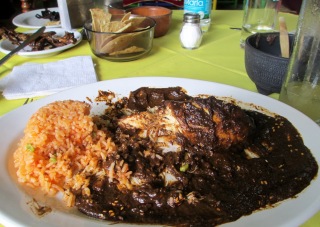 We walked around the neighborhood while Marjorie reminisced about how things changed and the way they were back then.  It had to be a powerful experience to take home with you and not return for over 20 years.  We stopped at a local place Gerardo had recommended for lunch then returned to his home. 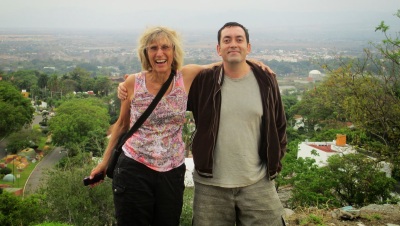 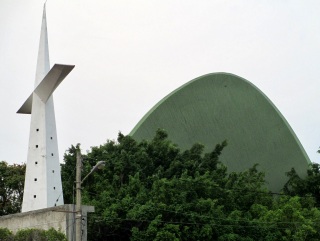 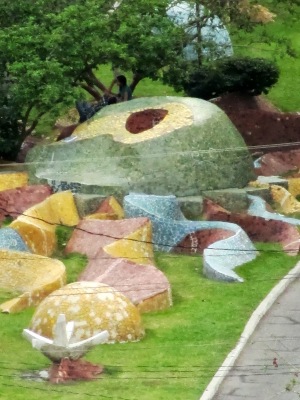 Gerardo left us the next day so we could relax.  That evening he took us to visit Laura Hutton Woolworth’s estate in Oaxaca.  It was built over a 4-5 year period just after she married her 7th husband, a Vietnamese.   I think this was around 1959 or so.  It was modeled after a Japanese Temple with a Kabuki Theater, Zen Garden, beautifully landscaped terraces throughout the property with streams running through and lantern hung everywhere. 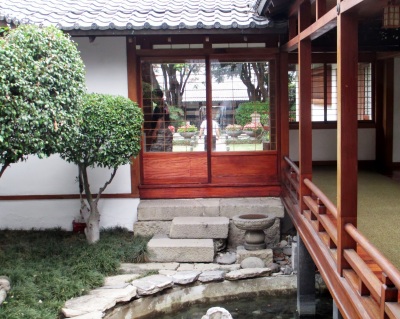 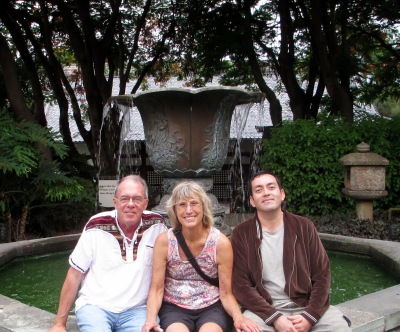 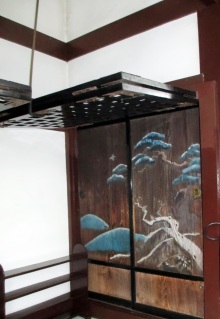 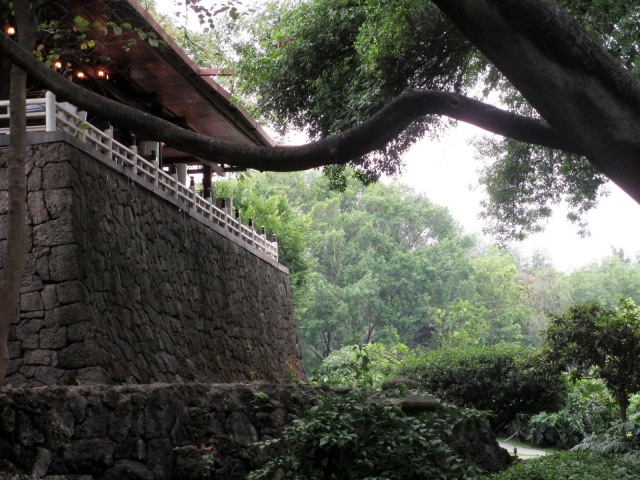 It was now a Hotel but separate from the Japanese grounds and integrated with them.  You would not think you were in Mexico.  We had a drink , took some photos then continued the tour through an old neighborhood were they all first met and attended school.  Gerardo drove up to a lookout in the area to show us the view of a city transformed from 200-300 thousand people to over a million in such a short time. 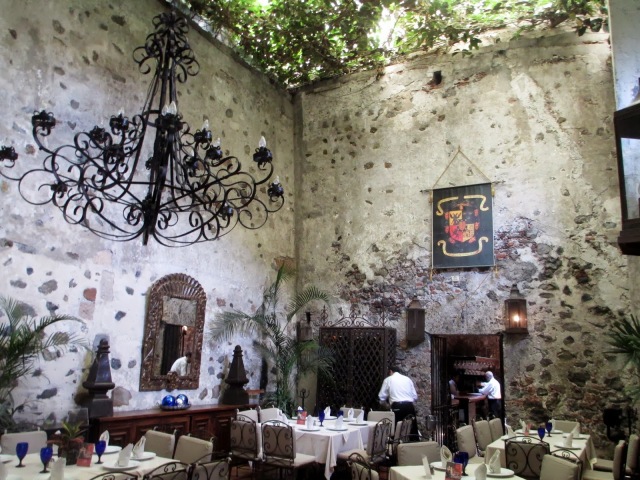 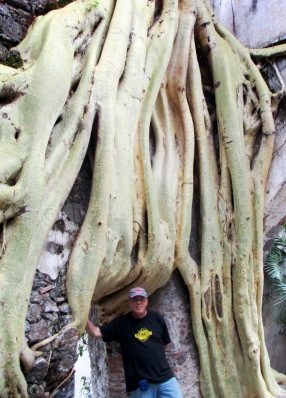 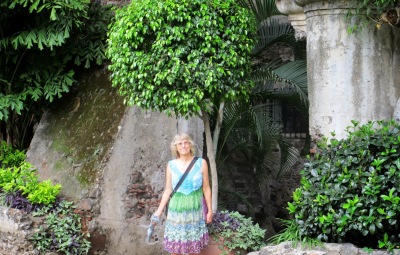 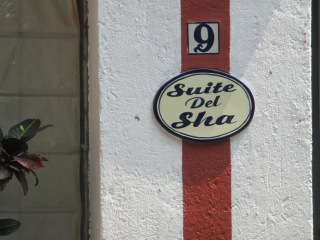 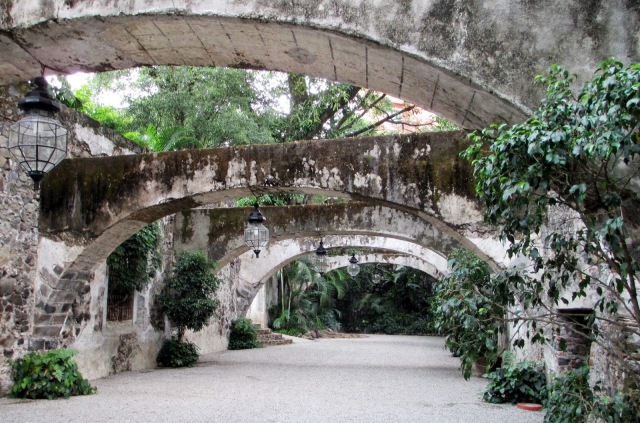 We started the following day with breakfast nearby.  Marjorie wanted to show me a restaurant they used to go that had Peacocks roaming around the grounds.  We had to see the Cortez Hotel first.  It was quite a drive.  I visited the Cathedral in February and left with the impression of a quaint historical village nestled into the valley along the sides of a Mountain.  Now I’m traveling through a major City of over a million.  We arrived about 1/2 hour after we left to a very imposing Gate with a wall that surrounded what was originally Martin Cortez’s Hacienda, now converted to a Hotel. The Sha of Iran stayed there in the 60’s or 70’s.
We spent an hour touring around the grounds before heading for the “Peacock” restaurant for a drink and snacks.  We retired early that night and the next day Gerardo had a taxi waiting to take the three of us to the bus station and on to Mexico City.  Gerardo came with us to assist us with the luggage in the subway to the main bus station to Oaxaca.  There we boarded a VIP bus.  I watched Mel Gibson in the Gringo, an action packed movie that took place in a Mexican prison in Juarez Mexico and the surrounding area.  We checked into the Las Mariposas B and B owned by my landlord.
Then Marjorie settled into her sublet and I into my country apartment.   Finally back in Oaxaca! 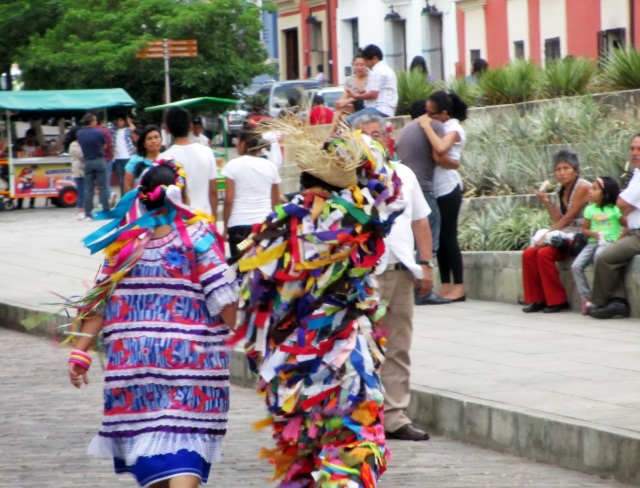 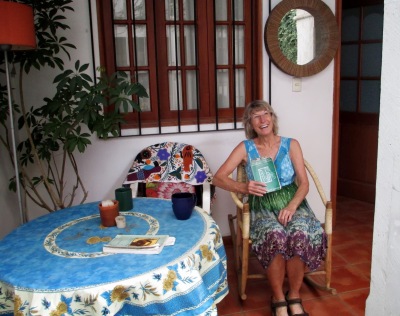 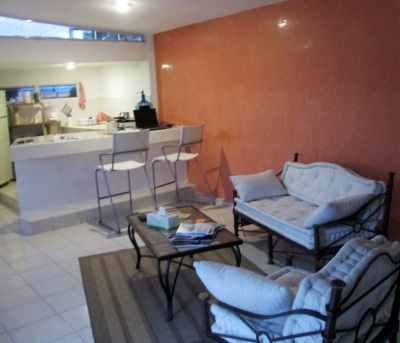