Korean that is. It was still raining out when David caught the Subway to the Korean War Memorial.

You really understand why the Asians wanted the US to maintain a presence in the Pacific after you see this.  I never understood the “Forgotten” War until this.  It really was quite simple. When WWII ended China wanted influence in Korea and along with the Russians gave arms and assistance to North Korea.  I’m am not sure why  it was divided like Vietnam, Berlin, etc.  The US had a presence here after the war but pulled out in 1950 so Russia and China backed North Korea and their leader Kim II-sung, under the guise of War Games, drove tanks to the border warning  invading South Korea.  Within three days they occupied and practically destroyed Seoul.  The UN came to Korea’s aid and troops from a lot of countries…mostly the US. The forces launched an invasion to drive the North back.  Three years later they both realized the futility of this war and called a truce.  Then the DMZ became secured and with a few incidents since, they have lived like that.

Europe saw this happen and already had compromised the occupation of Eastern Europe by Russia so they didn’t want us to pull out either.  Now all that has changed except with North Korea…they are still being a menace. 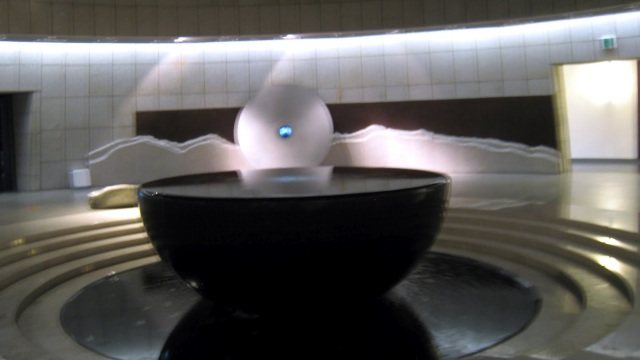 The Memorial was a real tribute to the Korean soldiers as well as all the soldiers that fought to defend them.  There was a very special Memorial “To Those That Fought for a Country They had Never Knew to Defend a People They Never Met”  Bronze Plaques listing all the US Soldiers that died by State covered the walls of a large corridor on both sides.  There were over 28 of them.

The building housed a beautiful Monument to all the soldiers in all the wars that fought to defend Freedom  There was a museum too that housed artifacts dating back to around 1200AD of Korean history up to the present.  A special area devoted to the Japanese occupation of Korea from 1910.  Then another explaining the sacrifices made by all the Expeditionary Forces during the Korean War.
Most of the museums, Temples , etc are all free.  I only paid to get into the Palace…one of maybe 8 and that was for the upkeep and was very cheap.
Departing the Museum I headed for a tourist area not far from there to look it over.

It was mostly Chain Restaurants, and department stores so returned to my neighborhood and tried squid puffs from a street vendor and  ordered CupFood to take home.  It is like fresh stir fry done in front of you…kind a like Benihana’s and they put it into a 20 oz Squat cup to take with you.  $3.25.
Off to have a beer with David as soon as I pack.
We were supposed to meet at my suggested location, the Blacksmith.  I arrived early and had heard about it coming out of the subway the day it opened.  I thought it convenient for us and we could share a Pizza…which is what we did when we first met.  I got there early but realized it was an overpriced . glitzty joint that I didn’t care for and I didn’t think it was David’s kind of place.  I paid almost $8 for a crappy glass of house wine and left.  I met David coming in and we walked 10 minutes back to my area for some Chicken and Beer.

The restaurant offered Chicken Fried, Chicken Roasted, Chicken BBQ’d, and just Chicken.  David treated me and we finally had a good chat where we could share a lot of our experiences.  It was interesting hearing about his teaching over the last 5 years in both private and public schools.  He teaches English in Elementary School and mentioned 3rd graders absorb it where as 6th graders are slower. I always thought the USA should offer language courses in 2nd or 3rd grade.  I was never offered a language until High School and signed up for French…supposed to be two years but took me four and I still didn’t learn it….at least that is what the French tell me.
Any way we shared a lot of information and hope to see each other somewhere in this world again some time. He treated me which was over and above.  I enjoy when everyone does Dutch Treat…well I did treat him last time so I guess that is Dutch Treat..  The point was we stayed there a long time and shared a good time. I’m packed and retiring for the early morning wake up.  I booked this place when I return for my home flight.  Good Night!