It was a half way stop to Madrid. It was not on the tourist map except for a four star Paramour that was a castle and too expensive for me.  I had tried to book a hotel there over the internet but when I checked in that morning they had not replied. I arrived in Benavente around 3 pm after checking out at around 12pm.  It was a beautiful country ride on a toll road.  I noted that there were no re tread tires cluttering the highway, trash of any kind was absent, and no signs that the Taylor family cleans this highway.
When I arrived in town, I was looking for the hotel on the Calles de Peru but instead discovered the Hostel Presidio that was convenient so checked in for 25 Euros.  It looked a little shady but I was able to park out front for free and was leaving early for Madrid.  I just needed some sleep.  When I took my bags to the room, I was more than pleasantly surprised at a well appointed room with cable, A/C, a very clean room with the typical marble bath and double bed.  The TV was a flat screen wall mounted and the first I had seen in Spain.  This was not expected at all.  I charged up the computer and went downstairs to catch the local color.  They had an adjoining restaurant that was closed now for siesta.  There was a large patio area full of people enjoying coffee and the sunshine.  There were a lot of what appeared to be retired or out of work gentleman from Benavente enjoying Mus, Dominos, Chess, Solitaire, and the Slot machines…only 2 of them.  I sat at the bar and met a young man drinking a strange drink so ordered one from the barmaid who turned out to be his girlfriend.  He was waiting for her to get off work and playing the slot machines.  They are losers and everywhere in Spain.  He looked like Colin Ferrell.  We chatted a bit but no one spoke any English in Benavente.  I had a few beers and retired for a nap.
I awoke and went downstairs for my Café con Leche and there was Colin Ferrell still sipping a beer and looking like he had lost all his money at the Slot Machine and his girlfriend.  I said hello but he didn’t respond and I didn’t pursue it. I ventured out into the town without my camera and my sandals on.  That was a mistake. Benavente had come alive and was teeming with people out strolling.  Not one tourist was to be found in this village and nor was anyone that spoke English.  Benavente sit’s a top a Mountain and from the outskirts around the town, you can see for 5 to 7 miles in all directions.  Truly a breathtaking view all around.  I returned for my camera but decided to keep the sandals. 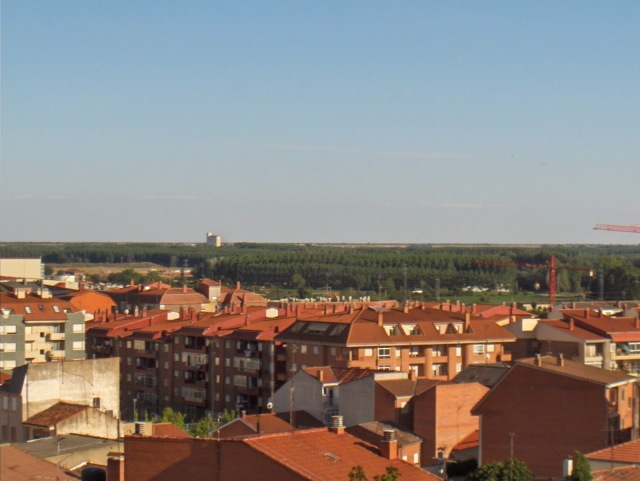 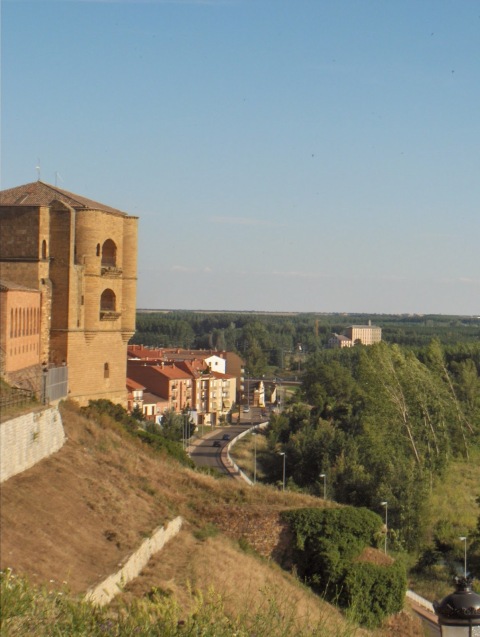 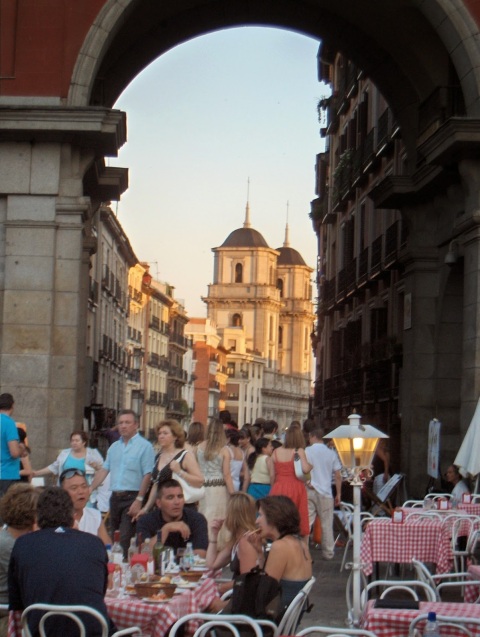 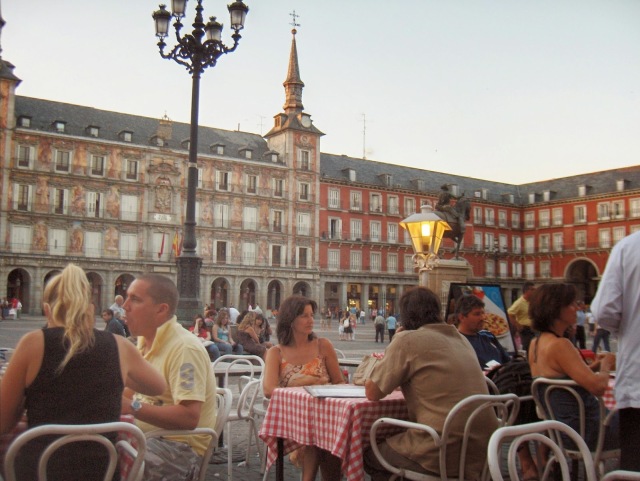 That evening I partied with the “TUNAS” celebrating the death of one of their long time
musicians that passed away. Not much sleep that night as the bar was one flood below my
bedroom at the Hotel. 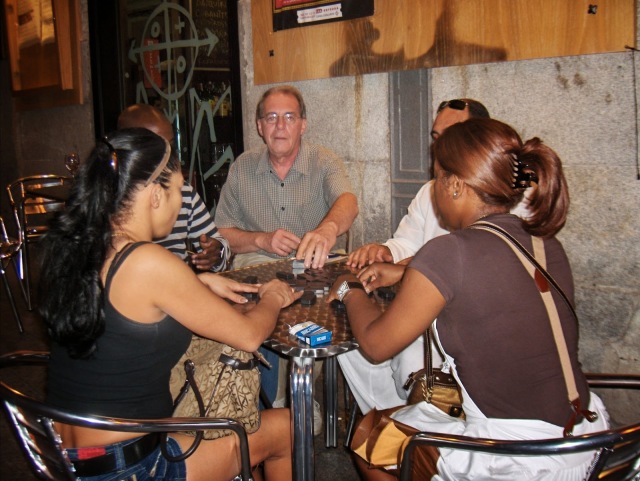 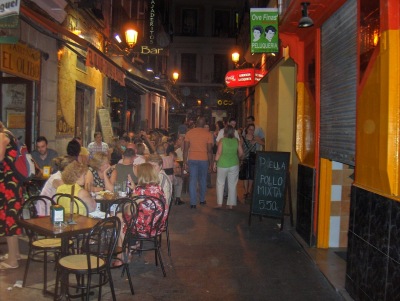 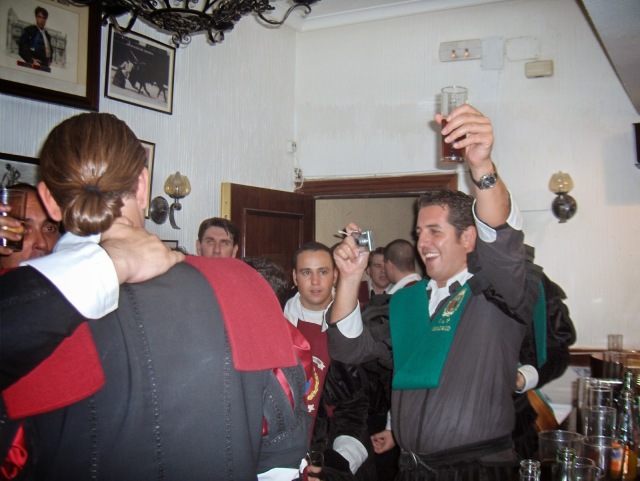 Today I plan to visit the Sophia Contemporary Art Museum and stroll through the park. This evening is Tapas with the Anglos that will be attending San Zoilo in the province of Palencia. This is the oldest Romanesque building in Carrion de los Condes and was a much trafficked hospital on the Camino de Santiago for weary and sick pilgrims. The current structure dates from between the 11th and 16th centuries and has been completely restored to accommodate modern creature comforts.  The Way of St James, has been one of the most important Christian pilgrimages since medieval times and it has existed fro over 1000 years. Las Vigas, the restaurant at the monastery, uses the best of fresh seasonal produce being grown in the farm at the Monastery. Carrion de los Condes is a place where a traveler can eat like a king, rest with the tranquility of a monk, and have the fun of a villain.